Rarely-seen historical concept arts and developmental sketches of young Gainax members – animation legends Hiroyuki Yamaga, Yoshiyuki Sadamoto, Maeda Mahiro and Hideaki Anno – will be showcased in an unprecedented exhibition on 19 March in Singapore. Through 60–80 conceptual artworks, sketches, coloured celluloid drawings and handwritten notes, visitors are offered insight into the creative and interdisciplinary energy that went into Royal Space Force: The Wings of Honnêamise (1987) – a highly ambitious sci-fi film for its time that gained critical acclaim as Gainax’s cinematic debut. Gainax would go on to gain international fame for producing the classic Evangelion series.

This exhibition, A World Is Born: Emerging Arts & Designs in 1980s Japanese Animation, is part of a series of activities earmarked within a five-year Memorandum of Understanding signed between LASALLE College of the Arts (‘LASALLE’) and Niigata University (‘NU’) that focuses on archiving methods and production systems of animation.

“Preservation of animation history is critical because there is a legacy from which we can review why certain modern methods are employed and refine these practices in order to further the standards of the industry. Pre-production materials allow us to analyse the aesthetics of distinguished artists, understand important concepts within animation such as world-building, and better our practice. But for these to occur, archival is a necessary first step. This joint effort with Niigata University demonstrates our commitment to nurture the next generation of animators,” said Chris Shaw, Head of LASALLE’s Puttnam School of Film & Animation.

Collectively housed under the Animation Archiving Project, the first part of the MOU’s vision come to life in an upcoming Archiving Popular Culture symposium. Happening on 18 March at LASALLE, researchers, academics, curators, librarians, collectors, and industry personnel convene to discuss the archival of creative materials, from acquiring and cataloguing, to preserving and digitising.

As the project leader, Dr Gan Sheuo Hui from LASALLE shared, “The Animation Archiving Project enables researchers and students to study and contextualise media arts, specifically the production processes and its structures, which otherwise will be just concealed within a final work. This setting allows us to avoid certain established discourses or canon by looking at the artefacts. It also provides glimpses into how the available technology affected creators in their creation process.”

A World Is Born: Emerging Arts & Designs in 1980s Japanese Animation is the continued culmination of the MOU’s vision. Director Hiroyuki Yamaga, President of Gainax, will introduce the exhibition on opening night. Also on display are works by current LASALLE BA(Hons) Animation Art students who went on an exchange trip with NU last November, where they attended seminars with local Japanese students, and visited prominent animation studios such as TMS Studio, I.G. Production and Toei Animation to learn about their workflow.

Student Christabel Mervyn shared: “Like any other industry, anime is driven by the commercial market and its profits, and companies usually dispose of pre-production materials once projects are complete. This is such a pity because there is a wealth of material within these developmental stages, such as line art and shading techniques, that students can study to expand their visual library. Looking back at what early animators sought to achieve within a then-budding field, I feel humbled by their passion and this only strengthens my resolve to continue honing my craft.”

LASALLE is honoured to collaborate with NU’s Archive Center for Anime Studies (ACASiN), which is the first and only national university in Japan to establish an archive for anime. With other esteemed industry partners such as Gainax and animation studio Khara participating, this project is envisioned to be an invaluable learning platform for animation students, academics and practitioners in Japan and Singapore. Both institutions are planning for the next phases of the project, and there are academic publications, annual student exchanges, film documentaries and workshops in the pipeline.

“For ACASiN, the Animation Archiving Project is a first ambitious step with LASALLE. ‘Anime’ is not merely a corpus of Japanese animated films or television series, but also a global locus where a variety of people around the world participate, communicate and create. As co-directors of the Center, we appreciate LASALLE’s deep understanding and support of the art form, and eagerly anticipate the fruits of our joint partnership,” said Associate Professor Ishida Minori and Associate Professor Kim Joon Yang.

Annex A: Topics of panels and biographies of speakers

Annex B: Biography of Director Yamaga

Its faculty is led by a community of award-winning artists, designers, educators and researchers, and their practice-led research sets LASALLE apart as an international centre of excellence. Critically acclaimed alumni form the core of the cultural and creative sectors in Singapore and increasingly internationally.

Founded in 1984 by de la Salle Brother Joseph McNally – a visionary artist and educator – LASALLE is a not-for-profit, private educational institution. LASALLE receives tuition grant support from the Singapore Ministry of Education. Its degree programmes are validated by Goldsmiths, University of London.

Niigata University fundamental educational aim is to cultivate students’ global competence and develop them to possess both high-level expertise and refined sensibilities needed to tackle 21st-century challenges, while playing an active role in a wide range of fields throughout the world.

Annex A: Topics of panels and biographies of speakers

Panel 1 – Popular culture and the archives: Theories, philosophies, practices
The term ‘archive’ is perhaps oxymoronic when situated alongside popular culture – a catch-all phrase to describe culture products of a current era. Covering a multitude of visual media including photography, theatre and animation, this panel will open a discourse on approaching popular culture beyond national branding. It will further focus on a collective memory by looking at its connectivity, community and sharing processes within a regional, national and transnational context. Speakers in the panel consist of both academics and practitioners. The topics relate to the concepts and philosophies behind archiving practices, as well as the technologies involved.

Panel 2 – Creating archives for women and manga
Women’s MANGA Research Project has explored manga as a new genre for female participators who were rarely seen in the field of comics before the 21st century, although comics is one of the universal popular cultural forms and Japan has the most advanced and longest history in the production of manga and anime. In our research and meetings with artists of our previous conferences and experiences in South East Asian countries, we recognised a need for consideration of how to maintain such a new tendency as history. Most comics have experienced a long male-centered history but our explorations for new participants has just begun. This panel will consider the possibilities for creating manga archives, especially for new works being produced outside the mainstream.

Panel 3 – Archiving Asia: Challenges and issues on archiving popular culture and art forms in Asia
All speakers will participate in this open floor discussion.

Annex B: Biography of Director Yamaga

Born in Niigata, Japan in 1962. Hiroyuki Yamaga made his debut by producing original animation works when he was in college and he directed the remarkable animated feature film Royal Space Force: The Wings of Honnêamise at his age of 24 that has had great influence on many animation works later in Japan.

He is now working on planning and producing its sequel animated feature film Uru in Blue. Beside directing 32 animation works, he has been involved and acclaimed in various fields such as live action films, events and opera works.

Pinpoint PR (PPR) is an award-winning boutique public relations (PR) consultancy in Singapore. We uniquely specialise in science and emerging technology PR. We (and our clients) have won awards for events publicity as well as financial PR.

We are proud to have earned the Institute for Public Relations Singapore (IPRS) PRISM Award 2017 for Best new local PR consultancy and with Merit, for the 2017 Outstanding Corporate Reputation Programme - International (OANDA). We were also listed as one of the top 5 new PR agencies in Asia Pacific at the June 2017 PR Awards Asia.

Prior to publication, it must be approved by PINPOINT PR . 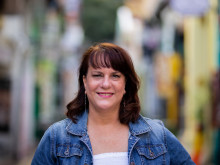 Illka Gobius is the principal consultant and Managing Director of PINPOINT PR Pte Ltd. She is responsible for all relations, strategy, execution and client account management of the agency. 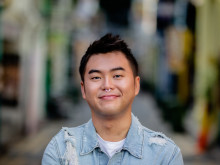 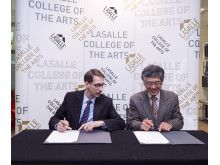 Signing on behalf of LASA... 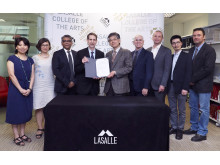