Photographer Shaun Harris has lodged a R2.1 billion claim over an image he took of the late Nelson Mandela. He claims before the High Court in Pretoria that the image had been used unlawfully by South Africa's Government Communication Information System (GCIS).

Harris says GCIS neither credited nor asked him and his then-agent, PictureNet for permission to use his photo. Harris also says GCIS removed his and PictureNet’s credit of the image and made it widely available.

PictureNet published a report in support of the claim. It analysed the metadata of the Adobe Photoshop file, capturing the changes that were made to the photo. This showed that someone had removed Harris' name, PictureNet's name and the caption of the image. He is upset as no one offered to help despite him calling GCIS' bosses, approaching government bodies and providing negatives as proof.

But Deputy Director-General of the GCIS, Phumla Williams, denies all the claims. The case continues before the court. Read more about it here.

PitchMark has no insights into who is right or wrong. But it shows yet again that you need to take precautions when sending any work to prospective clients, whether it's a photo as in Shaun Harris' case, an investor pitch or a creative proposal.

As a photographer, you would already know to watermark your work, keep detailed notes and PitchMark your work.

That way you can emphasise to your prospective client from the outset that you take your right seriously. 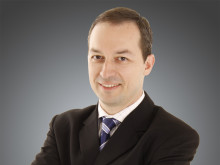