By Jasmine Whitbread, CEO of Save the Children International

As the ripples subside from a huge global hive of activity around International Women’s Day, I'm left with grave concern that barely mentioned was the extraordinary endorsement by President Karzai of Afghanistan's Ulema Council's new strict guidelines restricting women and girls’ integration and participation in the country. In the past decade, there has been significant progress for women and girls in Afghanistan, but these new proposals could mark a step back for the already slow progress of Afghan women’s rights.

A decade ago not a single formal girls’ school in Afghanistan was functioning; now over 2.5 million girls are in school. Opening the doors to the education and vocational sectors has proliferated into new active roles for women in the country, including training sessions for midwives; training in nutritional practices; the promotion of teaching, sewing, knitting, and embroidery; and support for small-scale women’s enterprises such as honey production, yoghurt processing, and the marketing of fruits, jam, saffron, and other quality products.  As I saw for myself recently, thanks to these educational and vocational advances, Afghanistan today is in many ways a more progressive, pluralistic society than it has been for decades. Women now represent a quarter of both houses of parliament and, although much work remains to be done, women’s civil society groups have grown in influence and credibility, which has had positive resonance throughout Afghanistan.

Crucially, the growing integration of women into Afghan society at all levels over the last decade has also resulted in improvements in the access to healthcare in the country which will leave Afghanistan’s communities reaping rewards for generations to come, provided that progress is not impeded. There are now around 3000 trained midwives and 10,000 women who serve as community health workers in the country. Thanks to these women, more Afghani families are receiving basic health care services, such as vital vaccines which can prevent children in their vulnerable early years from catching life threatening illnesses like pneumonia. Fewer women are giving birth alone, more children are sleeping under malaria nets, and the warning signs for tuberculosis and acute diarrhoea are being picked up faster.

The accumulation of these new activities by women has contributed to significant decreases in the number of children dying from diseases in their early years, and women dying in pregnancy or childbirth. The most recent data shows the number of children dying under the age of five has fallen from one in five to one in ten. These are mothers and children in people’s families who are alive now but might not have been if they hadn’t had these trained health workers by their side when they needed it.

Having made these steps forward, we must do all that we can to protect and enhance women’s rights in the country so that they can continue to play a crucial role in the protection and advancement of Afghanistan’s future. It would be a tragedy and a travesty if the rights of women and children were sacrificed at this stage, after all these years of progress.

Prior to publication, it must be approved by Save the Children (Asia). 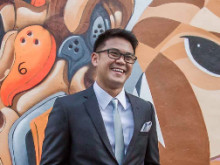