ESL, the world’s largest esports company, brings one of the biggest Counter Strike: Global Offensive tournaments to South America: ESL One Belo Horizonte 2018 powered by Intel. The Mineirinho Arena (Estádio Jornalista Felipe Drummond) located in Belo Horizonte, Brazil will open its doors to the public on June 15-17, 2018 as the eight best CS:GO teams will battle over a lion’s share of the $US200,000 prize pool.

The participating teams will get the chance to show off their skills on stage of the Mineirinho Arena, where the group stages decider matches, semi finals and the grand finals will be played out in front of thousands of fans. Only the four best teams will receive a direct invite to become an active part in the group stages of the event, which will kick off on June 13-14. The other remaining spots will be filled with the winners of the qualifiers. ESL One Belo Horizonte 2018 will be also part of the Intel® Grand Slam, which will award a $US1,000,000 bonus prize to the first CS:GO team that wins four out of the last ten DreamHack or ESL events, including the event series ESL One, Intel Extreme Masters, CS:GO Pro League and DreamHack Masters.

ESL One Belo Horizonte 2018 marks the first edition of the flagship event series ESL One in Brazil and the second stadium event held in the South American region. In 2016, the CS:GO Pro League celebrated its debut as the first premium CS:GO tournament in Sao Paulo, Brazil, welcoming over 6,000 fans on each of the main event days at the sold out Ginasio do Ibirapuera and over 400,000 viewers online. The local heros SK Gaming and North American’s Cloud9 were able to secure their spot in the Grand Finale, which in the end was decided in favor of Cloud9.

“It comes as no surprise that we are returning to Brazil after such a successful debut of the CS:GO Pro League Season 4 Finals in the region in 2016,” said Ulrich Schulze, Senior Vice President of Product at ESL. “The incredible crowd of thousands of fans cheering for their local heros SK Gaming, has proven the country's great potential to be the heart of CS:GO community in South America. We can not wait to come back as we are expecting a truly legendary event.”

"We are very excited to announce ESL One Belo Horizonte 2018,” said Leo De Biase, CEO of ESL Brazil. “This means a lot to the region as it will definitely foster the growth of the local esports scene and inspire more players to join the ESL grassroots ladders, chasing their dream to also become a legend and following the footsteps of their heroes."

Tickets for ESL One Belo Horizonte 2018 powered by Intel go on sale starting Thursday, March 29 at 5pm BRT / 1pm PDT / 10pm CEST and will be priced between 45 and 280 Brazilian Real. More information on each of the available ticket types can be found here. 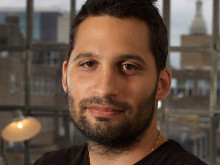 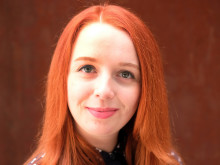 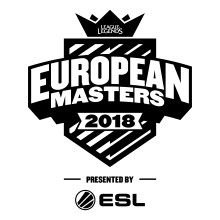 ESL to bring the second installment of ESL One powered by Intel® to Hamburg, featuring six tournament days and sixteen Dota 2 teams