26 January 2018, London: Toy Fair returned for its 65th year on Tuesday, with more than 250 exhibiting companies launching thousands of new products to eager buyers and visitors. High-tech coding robots, motorised skates, board games, and flying poop toys were just some of the stars of the show, featuring in coverage by the BBC, ITV, the Mirror, the i, the Guardian, the Sun, and many others.

The show opened with the news that UK toy sales had decreased by 2.8% in 2017 to £3.4bn. The British Toy & Hobby Association (BTHA) and the NPD Group attributed the dip to a number of factors, including under-performing licenses, the impact of Brexit, and concern over counterfeit toys. But 2017 also had successes for the toy industry, with collectables growing by 17 per cent to hold 9 per cent of overall value of the UK market.

Toy Fair 2018 had many success stories from exhibitors themselves, with small start-ups and the biggest names taking the opportunity to showcase their latest products to buyers and the wider industry.

Many of the show’s most exciting and innovative products were selected for Toy Fair’s Hero Toys, the inaugural awards judged by the BTHA and independent industry experts. Toy Fair TV presenters Anna Williamson and Gavin Inskip also spotlighted the show’s biggest launches and announcements, broadcasting news live for the duration of the show on screens around Olympia and on the Toy Fair website.

“Toy Fair wouldn’t be the event it is today without the support of the industry,” commented Majen Immink, Director of Fairs and Special Events. “I would like to thank all of our exhibitors and visitors, who packed the show with excitement from start to finish. With thousands of exciting new products launching, we couldn’t have asked for a better way to celebrate our 65th anniversary. As ever, we’ll be taking all the valuable feedback onboard to make Toy Fair 2019 even better.”

The BTHA, organisers of Toy Fair, announced that Toy Fair 2019 will once again return to Olympia London, running from Tuesday 22nd to 24th January. Applications for Toy Fair 2019 are now open and companies can apply online at www.toyfair.co.uk.

“Re:creation had a fantastic Toy Fair 2018. Our stand was very busy for the whole show and we had many very productive meetings. A real highlight for us was the reaction to the all new Razor Turbo Jetts motorized heel wheels which went down a storm, and likewise the range of Of Dragons, Fairies and Wizards interactive wands. In the run-up to the show and during the event we received plenty of clear and effective communication from the Fair team - and this all helped ensure the event ran smoothly, not only for us but the Fair as a whole. We also appreciated the support of the Press Office team, who were friendly and inclusive throughout the event.”

“We were delighted to win Best Stand at Toy Fair this year. The show was a great opportunity for us to meet our retailers face-to-face. Some of the feedback about our new product – Mia the Wildlife Photographer – has been inspirational. The show bags also give great visibility for the brand throughout the week – both at the show and out-and-about in the city afterwards.”

“Toy Fair 2018 has been a really great event, a fantastic opportunity to meet retailers and the media. We are delighted that Botley The Coding Robot won a Toy Fair’s Hero Toys award. The show is a great opportunity for us to be able to demonstrate the products that we hope will be successful in 2018 and beyond.”

"This has been the best experience ever! I have learned so much from being here and made some great contacts within the industry. Although I am new to the industry, everybody was really welcoming. I would definitely repeat this experience and recommend it."

“Toy Fair 2018 has been an amazing experience to connect with both local and internationally-focused partners. Being a Hero Toy is a great honour for our first Fair!”

“The show has been really full-on, talking to people non-stop. We’ve met loads of fantastic independent retailers and interesting, lovely people - being on BBC Breakfast was amazing. It’s our first show and we have lots of leads! Looking forward to next year.”

“We’ve seen quite a lot of new stuff at Toy Fair this year, including different suppliers to who you would usually see. We had lots of opportunities to talk to exhibitors, as the show was very well staffed. We’ve been visiting Toy Fair for the last 3-4 years, and there is always a great range to see. You are spoilt for choice – bring a suitcase for all your catalogues, and wear comfy shoes!”

“Toy Fair 2018 was a really good show. I’ve been coming to this show for twenty years, and this is my first year as a visitor. I’ve found it very easy to navigate and have met lots of people.”

“It was really interesting to see the new toys and technology coming out this year. It’s great to have all the brands in one room and to see their passion for their products. With the new, small companies especially, they were clearly very passionate.”

Toy Fair is the UK’s largest dedicated toy, game and hobby trade exhibition taking place at Olympia London. The event takes place over three days at the end of January each year and plays host to hundreds of exhibitors, from startups to some of the biggest toy companies, launching thousands of new toy lines.

The British Toy & Hobby Association was established in 1944 to represent the interests of British toy manufacturers and to raise standards of practice in the industry. Today it has around 125 members ranging from international toy giants to small family-run businesses that together account for more than 85% of the UK toy market. Membership of the British Toy & Hobby Association shows the member’s commitment to adhere to the BTHA Code of Practice under the umbrella of the Lion Mark which includes rules covering ethical and safe manufacture of toys, toy safety, a ban on counterfeit goods, an assurance to market responsibly, a commitment to improving sustainability and a desire to promote the value of all play through support of the Make Time 2 Play campaign. Our members are manufacturers committed to making good quality toys in a responsible way. The BTHA also administers the Toy Trust - the industry’s charity. 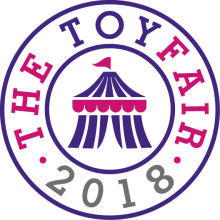 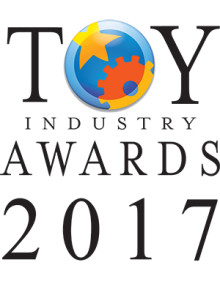 UK Toy Market Decreases in 2017 Amid Concerns About Counterfeit Toys

Top toys predicted to influence the industry in 2018 include entries from Playmobil, TOMY and Character Options