Follow DeadSocial
Today Google announced their 'Inactive Account Manager' tool. This allows you to tell Google what to do with your data after you're gone, whether you want to share it with family and friends or delete it altogether. DeadSocial on the other hand (launched last month) enables us to keep sending out messages to our friends and family once we have died directly to Facebook and Twitter.

Being 'ready for death' from a mental and logistical perspective is becoming increasingly important in today's fragmented world. However there have been a number of news articles written since the launch on DeadSocial and again since the announcement of Google's Inactive Account Manager that brand both services as "creepy".

Dying is the only certainty in life and preparing for death generally leads to positive outcomes. When death is forgotten about and not planned for problems such as increased stress and pain is often the direct outcome.

We are spending more and more of our lives online. Being able to say "goodbye" in our own way to our Facebook and Twitter friends on DeadSocial or assigning administrative access to our digital content using Google's Inactive Account Manager should be seen as a logical way to get your digital affairs in order.

During Dying Matters Awareness Week 2013 (13th-19th May) DeadSocial will also be running and overseeing a series of events from a popup coffee shop located in the heart of Camden, London. This will focus on helping the general public visiting to 'be ready' for death from a physical and digital perspective. Interested Doctors, Nurses and professionals who would like to share their experiences should email info@deadsoci.al or call +44 7868 823055

Google Inc. is an American corporation specializing in Internet-related services and products. These include search, software and online technologies. Google's 'Inactive Account Manager' has just been announced to help users manage their accounts before death.

National Council for Palliative Care (NCPC) set up the Dying Matters Coalition in 2009 to promote public awareness of dying, death and bereavement. The Coalition’s Mission is “to support changing knowledge, attitudes and behaviours towards death, dying and bereavement, and through this to make ‘living and dying well’ the norm".

Prior to publication, it must be approved by DeadSocial. 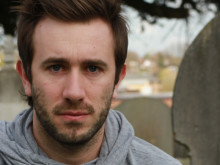