ECB today announced two new partnerships for Test cricket ahead of the first Test against Pakistan next week.

NatWest, ECB Principal Partner, has strengthened its commitment to cricket by becoming the Title Partner of the Pakistan Test Series while Specsavers will take over as Official Test Partner from the India Series through to the end of 2019, including next year’s Specsavers Ashes Series.

The two-match Pakistan series will be named the NatWest Test Series #NoBoundaries as part of the ‘Cricket Has No Boundaries’ campaign. It will focus on celebrating the diverse and inclusive nature of cricket as a game for all.

Specsavers will become the Official Title Partner from the India Test Series through to the end of 2019 ahead of the new TV broadcast deals. It includes next summer’s Specsavers Ashes series when England will be aiming to regain the urn on home soil.

The new partnership with Specsavers reinforces their relationship as a long-term supporter of red-ball cricket after they became the current title partner of the Specsavers County Championship in 2016 and Partner of the ECB Association of Cricket Officials (ACO) in 2014.

“These new deals show two key partners developing even deeper relationships with the game. It also means that, for the first time, we have specific partners at men’s international and men’s domestic level with Specsavers focusing on red-ball cricket, Royal London owning 50-over cricket, and Vitality driving T20 cricket.

“It is great news for our sport that the Pakistan Test Series will celebrate cricket’s inclusive nature under the #NoBoundaries campaign – showing that cricket truly is a game for everyone no matter your background, culture or location.”

“We’re delighted to be named title sponsors of the NatWest Test Series #NoBoundaries this summer and to have the opportunity to highlight our commitment to diversity and inclusion by supporting a sport which really shares those values.

“Cricket is a sport that has no boundaries, and truly is the game for all. We’re proud to continue to work with the ECB through our ‘Cricket Has No Boundaries’ campaign to help secure the future of the game and encourage more people, regardless of their age, background or beliefs, to take up the sport and play their part in improving their local community.”

“We are proud to become the Official Test Partner of the ECB from this summer’s series with India through to the end of 2019, cementing our position as the partner for the red-ball game. The India series alongside next year’s Specsavers Ashes Series will see the visit of two of the top three Test teams battling it out with England in what promises to be a tremendous sporting spectacle.

“In addition, we are excited to support NatWest in the opening Test series this summer, with its #NoBoundaries initiative. As an organisation promoting inclusion within society, through better eye and hearing health, we are privileged to witness the impact that it makes.”

The Second Pakistan Test at Headingley will see Sky focus on key initiatives undertaken by the ECB to ensure participation remains as diverse and inclusive as possible. Club and community initiatives will receive a dedicated focus, including the All Stars Cricket programme, the work Chance to Shine delivers in schools and street cricket, the ECB’s South Asian Action Plan and the England Disability teams.

The two-Test Pakistan series partnership is the latest in NatWest’s 37-year association with the game. NatWest will continue to enable fans to join the campaign at-ground and via social media with a range of activations including fund-raising for Chance to Shine via an innovative VR cricket game, donations to the charity from the boundaries scored on the field of play and the ability for anyone to back the campaign via #NoBoundaries wristbands available at selected grounds across the summer.

Last week ECB announced a new extension of their partnership with Kia Motors (UK) Ltd who have become the Official Car Partner of the ECB under a two-year agreement. 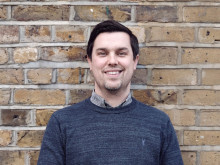