The England and Wales Cricket Board (ECB) has announced that Neil Snowball, CEO of Warwickshire County Cricket Club, is to become the new Managing Director of County Cricket.

The 53-year-old was the outstanding choice, from a high-quality list of candidates, following a search led by SRI, and will succeed Gordon Hollins in the role.

Appointed as Warwickshire CCC Chief Executive in 2016, Snowball has a detailed understanding and appreciation of international, domestic and recreational cricket as well as considerable experience of the sports industry.

Prior to joining Warwickshire, Snowball was Chief Operating Officer of England Rugby 2015, the organising committee that planned and delivered the men’s Rugby World Cup. His CV also includes a role as Head of Sport Operations for the London 2012 Olympic and Paralympic Games and a seven-year post as an Executive Director with Investment Bank, Goldman Sachs.

In his new role he will be tasked with growing and developing the domestic game in England and Wales. He will also manage the key relationship between the ECB and stakeholders across the professional and recreational game in order to deliver the ECB’s new five-year strategy ‘Inspiring Generations’.

The ECB is working closely with Warwickshire CCC in order to agree a timeline for Snowball’s transition into his new role which is expected to be at some point in the second quarter of the year. With Gordon Hollins due to depart the ECB at the end of January, Derek Brewer will support in an interim role to assist with the transition process.

“Neil was the outstanding choice, in a high-calibre list of candidates, for a role that is pivotal in our plans to grow the game.

“I am certain that his experience of the issues and opportunities within cricket, in addition to his vast experience across the sporting landscape, will be invaluable to the ECB at a landmark moment for the game.

“This is an exciting time for cricket with £500million set to be invested into the network over the next five years as we look to support and nurture the core, grow the game and make sure that cricket remains relevant for generations to come.”

Having been announced as the new Managing Director of County Cricket, Neil Snowball said:

“It is a huge honour to be entrusted with such an important role within the game and I look forward to continuing to work closely with the many talented and dedicated people across the cricket network.

“The incredible performances that we witnessed from the England men’s team in 2019 were made possible through the existence of a strong recreational and a vibrant professional game in this country and this underlines the significant role they have to play in helping to deliver the ECB’s five-year strategy ‘Inspiring Generations’.

“I have thoroughly enjoyed my time at Warwickshire and I am grateful to the Chairman and our Board of Directors for giving me the opportunity to lead such a great club and for their support over the last four years. We have enjoyed some great moments on the pitch and have also hosted some outstanding sporting occasions culminating in Edgbaston hosting five memorable matches in the Men’s Cricket World Cup and the first Ashes Test Match in 2019.

“I’ve been fortunate to have worked with so many incredible people at Warwickshire and will always look forward to returning to Edgbaston in my new role." 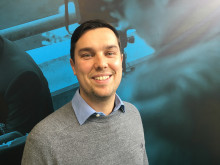