Last week Go North East, the region’s largest bus operator and part of the Go-Ahead Group plc which was founded in Gateshead, hosted a ‘Women in Bus’ conference at Newcastle’s Vermont Hotel as part of the group’s Women in Bus initiative to increase gender diversity in bus roles.

80% of the conference attendees were female from nearly 50 representatives from Go-Ahead’s bus operations across the UK, including Sophie Moorby who is the chair of the national network as is based in the North East in her day job as Operations Manager for Go North East’s Gateshead Riverside depot.

The conference included presentations on research into what attracts candidates into roles in the bus profession, sharing of best practice from across the Group’s bus companies and discussions on how vacancies can be better advertised to a wider audience. This included an interactive session where attendees hit the streets of Newcastle and Gateshead in small teams to make some vox pop videos about the important role buses play in the communities they serve and how roles in the bus industry have real purpose, making a difference to local people and the economy.

The Women in Bus network is setting out to increase female representation from 11% to 20% of Go Ahead’s bus workforce by 2020, as well as support, develop and empower female colleagues and demonstrate that bus driving and other roles in the profession are open to everyone.

Martijn Gilbert, managing director of Go North East, said: “We’re proud to have hosted a ‘Women in Bus’ conference here in the North East and are committed to continuing it improve the diversity of our team.

“The level of debate and action coming out of the event was impressive and will help us to do even more in this important area.

“We already have a large number of women working in roles across our company, including in engineering, support and driving roles. There are some great opportunities working for us and providing bus services makes a real difference to the communities we serve, helping people access employment, education, healthcare, leisure and more. Driving a bus, for example, is something that colleagues often tell us is far easier than they ever imagined. It’s a great industry to work in and we are looking forward to welcoming more colleagues to our team as a result of the ‘Women in Bus’ network.”

More information on roles at Go North East, including bus driver vacancies, can be found online at www.gonortheast.co.uk. 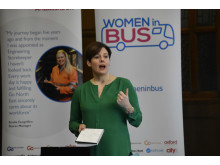 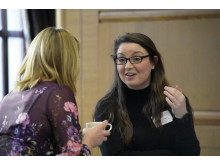 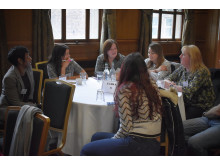 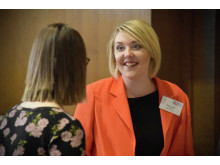