The community group 'Cricklewood Town Team' have been busy adding festive cheer to the fantastic artwork they have installed over the years at Thameslink's station to raise its profile.

Tinsel and a Santa's hat now festoon the colourful cow, while Christmas lights adorn the large 'Cricklewood' sign, all of were designed and installed by local artist Alistair Lambert. There are even two living Christmas trees and more tinsel around Alistair's sheep who 'graze' in Cricklewood Lane nearby (see pictures below).

Marie Hancock, one of the Town Team members, said: "We're so pleased with the result. When we were putting up the decorations people stopped to chat or smile and take a photo and wanted to help and join in some festive cheer."

Thameslink's Corporate Social Responsibility Manager Katherine Cox said: "Once again Marie and her team at Cricklewood have gone the extra mile to make our town station fun and inviting for the community. It's very moo-ving what they have done!"

Cricklewood station is in the first tranche of stations that will receive a station improvement under Govia Thameslink Railway's (GTR's) Passenger Benefit Fund.

GTR is working with Cricklewood Town Team and NorthWestTWO residents' association and various partners including Network Rail on schemes to be delivered by the end of 2021.

These projects will add to the many improvements made since 2016 when the Town Team adopted the station which resulted in several awards for Cricklewood.

GTR is currently the most punctual of the large and complex operators in UK rail according to 'On Time' statistics released by the Office of Rail and Road for May, June and July 2019, and fourth of all train operators in the UK 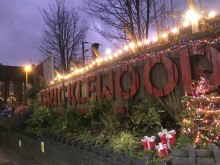 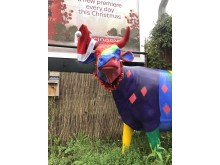 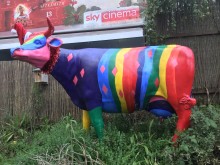 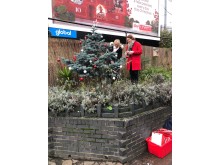 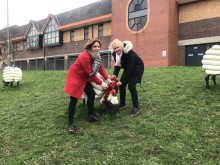