London Sport's Head of Corporate Communications Chris Scott looks at the growing body of evidence supporting a physical activity as part of a healthy lifestyle and how the sector can use this evidence during a critical year.

Yesterday morning brought news of the latest academic study, published in the British Medical Journal, to link healthy lifestyles that include regular physical activity to an extended healthy lifespan.

The study, conducted by researchers from a number of global institutions including Harvard School of Public Health, Rush University Medical Centre, Huazhong University of Science and Technology, and Amsterdam University of Applied Sciences, suggested that the creation and implementation of public policy that supports healthy diet and lifestyle can extend disease-free life by up to a decade.

It’s an important part of the mix, no doubt, and it’s encouraging to see it acknowledged as a key part of the behaviours that make up a healthy lifestyle, but it’s not a simple panacea.

Diet and wider lifestyle choices play a critical role, too – and any expression of physical activity’s impact should be considered in line with wider lifestyle implications.

What it does, show, though, is that physical activity has a big role to play in keeping us healthy for longer; and offers a solution to some of the urgent issues present across society today.

Indeed, our own ability to understand and manage our health and wellbeing is likely to become an important vanguard in future approaches to public health – an area that physical activity and sport are exceptionally well-placed to contribute to.

To those of us working in physical activity and sport, its potential to create real, tangible benefits for people and for society come as no surprise.

London Sport’s own research into physical activity’s social benefit showed a social value of almost £9bn annually in London, of which more than 50% was attributed to physical and mental wellbeing benefits.

So far, so good; but as public understanding of the benefits of physical activity increase, so does the urgency with which we have to address inequalities in participation.

In London, and across the country, you are still more likely to be physically active if you are affluent, educated, non-disabled – and, often, if you are white.

If we are serious about using physical activity to improve the lives of people across London, it is important that we (both London Sport, and the wider industry that we are a part of) are working to actively support efforts that break down barriers to people’s participation in physical activity and sport, and make it an easier and more relevant lifestyle choice for people in all situations.

The evidence base for doing so grows stronger by the day; the impetus is now on our sector and on policymakers of all levels to grasp the opportunity and take real strides forward.

2020 represents a big year for London’s public policy landscape, with both a new national government and its policy agenda, and London Mayoral elections taking place later in the year.

Each, in different ways, offer opportunities to strengthen the adoption of physical activity as a part of the policy armoury combatting ill-health and poor wellbeing.

Prior to publication, it must be approved by London Sport Media Centre. 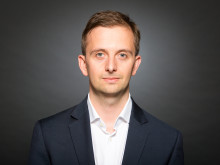 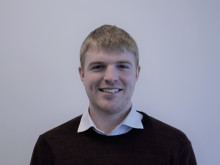 Peter Freeman, Sports Development and Physical Activity Manager at Enable Leisure and Culture writes about some of the work taking place in Wandsworth. 79.2% of Wandsworth’s adult population achieve 150 minutes of physical activity per week which far exceeds London’s figure of 64.4%

​The next instalment of our series reflecting on the successful work in local authorities in increasing the activity levels of residents up towards and beyond 150 minutes of physical activity per week is from Kingston-Upon-Thames.

Courtney Warden, Sport and Physical Activity Service Manager at Barnet Council, writes about some of the work they have done in the last three years to get more people achieving the Chief Medical Officer recommended levels of activity per week.