The appeal, voiced by Radio Broadcaster of the year and new voice of the BBC football results Charlotte Green, will be aired twice on Sunday 18 August and once on Thursday 22 August.

It focuses on a project in Kathmandu, the capital of Nepal, where up to 6,000 people scratch a living from sifting through rubbish every day.

Although wastepickers provide a valuable service, recycling and removing some of the mounds of rubbish dumped in dozens of sites around the city, they are not recognised by authorities and are considered the lowest part of society.

The vast majority of wastepickers are illiterate. Although they want to send their children to school, they struggle to do so and many children have to work before and after school to support their families.

The Practical Action project helps around 1,500 wastepickers – a quarter of all the wastepickers in Kathmandu.

After consulting with them, Practical Action provided the wastepickers with training to improve literacy, improve their skills and prevent them being ripped off, financial help to enable them to send their children to school, helped them get health insurance and formed co-operatives to ensure they get a good price for their goods.

Charlotte Green said: “These people are considered to be the lowest of the low. Treated like rubbish because they work with rubbish.

“Many have heartbreaking stories to tell. Their children are called names and picked on, destroying their self-esteem. Many suffer from stomach complaints and have debilitating muscular problems as they get older because of the back-breaking work they have to do every day, crouched on mounds of filth under the baking sun sifting through the worst kind of waste imaginable.

“I decided to support this appeal because the project gives the wastepickers what they need most – hope. By training the parents to make recycled goods to sell, by enabling them to access the right markets and by preventing them from being ripped-off by cowboy waste dealers, they can earn more money and live a more comfortable life.

“This gives them the opportunity to keep their children in school for longer. At last, they have hope that they can educate their children properly and, at last, allow their families to break out of the cycle of poverty.”

The appeal focuses on 8-year-old Dilmaya, who wants to be a doctor. Because her parents are wastepickers and Dilmaya has to work before and after school, she has little chance of becoming a doctor.

Dilmaya is typical of the wastepicker children, of whom around 50 per cent failed to attend school. However, things are changing for her. Dilmaya is now able to study for longer because her parents can earn more money. And if she gets a full education, then there is a chance she will break out of the cycle of poverty…for good.

Our strength is our approach. We find out what people are doing and help them to do it better. Through technology we enable poor communities to build on their skills and knowledge to produce sustainable and practical solutions - transforming their lives forever and protecting the world around them.

By doing this each year we help around a million people break out of the cycle of poverty ... for good.

Prior to publication, it must be approved by Practical Action. 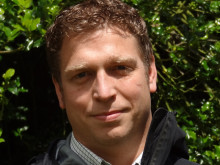 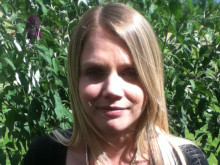