Comments from the CEO Stefan Sjöstrand:

The spread of the new Coronavirus has not passed anyone unnoticed. On 12 March, we received Norwegian municipal announcements that our operations in both Hemsedal and Trysil had to be closed down. As always, health and safety is our main priority, so the focus has been on employees and guests. It is an unfamiliar situation for all of us, with rapid change and new government decisions that we are monito­ring closely. The decisions will have a negative effect on SkiStar’s full-year results. The extent has not yet been analysed. An important factor to consider is that a large part of the winter season has passed. SkiStar is taking measures to adapt operations to the current situation. For the same reason, we consider it difficult to com­ment on the booking situation at present.

Nevertheless, in the shadow of uncertainty, we can look back on a strong first half of the year. It was a record early start to the season with both cold weather and snow, followed by fantastic skiing conditions during the Christmas week, after which milder weather was encoun­tered around New Year. The quarter, which includes large parts of the winter sports break, means that we can report another good result for the first six months, with our core opera­tions remaining very strong and an increase of SEK 91 million (11 percent) in SkiPass sales compared with the previous year.

We have reported significantly lower capital gains on our property development and exploitation activities, SEK 71 (143) million. This is mainly due to the fact that we had two large projects that were realised during the first quarter of 2018/19. The two projects, with total capital gains of SEK 90 million, also mean that we will not have the same high levels in 2019/20 as in 2018/19, but capital gains will still be a significant part of our earnings in this year.

Despite the current situation, it is of course extremely pleasing to present the best ever half-year profit (before tax).

The commitment to SkiStar’s MySkiStar customer club continues to increase, which is very encouraging. The number of registered members is approaching 970,000, an increase of 12 percent from the previous year.

The new lease accounting standard, IFRS 16, which replaces IAS17, has a relatively significant impact on SkiStar. We have many long-term leases, including land leases, which are now reported as a liability in the balance sheet under the new standard. As an effect of this, our total assets at the end of the period have increased by SEK 742 million, reducing our equity/assets ratio by six percentage points. More details about the effect of IFRS 16 can be found on page 16 of the report.

It is with much excitement, curiosity and the greatest humility that I look forward to the role of President and CEO of SkiStar!

Significant events after the end of the period

This information is information that SkiStar AB is obliged to make public pursuant to the EU Market Abuse Regulation and the Securities Markets Act. The information was submitted for publication, through the agency of the contact persons set out below, at 18 March 2020, 07.30 a.m. CET.

Further information can be reached from:

SkiStar AB (publ.) is listed on the Nasdaq Stockholm stock exchange, Mid Cap segment. The group owns and operates ski resorts in Sälen, Åre, Vemdalen, and Hammarbybacken (Stockholm) in Sweden, Hemsedal and Trysil in Norway, and St Johann in Tirol in Austria. Market share is 50% in Sweden, 31% in Norway and a total of 41% in Scandinavia. Our core business is alpine skiing, and our main focus is the overall ski experience of our guests. The business is divided into three segments; Ski resorts – Operation, Infrastructure and Development.

Images and videos in SkiStar's Newsroom can be freely used along with information about SkiStar and/or SkiStar's destinations and products. 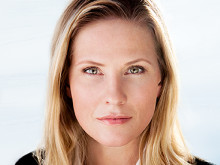 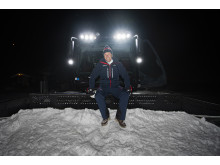