Liverpool Philharmonic’s Family Matinee: The Big Proms Bear Hunt is based on Michael Rosen’s much-loved children’s book, We’re Going on a Bear Hunt.  Presented by the author, the  concert will include music by great classical composers including Tchaikovsky, Stravinsky, Elgar, Britten, Grieg, Mussorgsky and Shostakovich, music from films including Pirates of the Caribbean and The Little Mermaid, some musical surprisesalong the way, all bound together with original music by Liverpool-based composer, Ian Stephens and conducted by Matthew Coorey.  Children’s books illustrator Tony Ross, whose credits included the Horrid Henry series, willdraw pictures LIVE on big screens.  The concert will be broadcast simultaneously on BBC Radio 3 at 4pm.

300 parents and family members will be travelling from Liverpool to London to hear the Prom for which the 6000 tickets available sold out in May, with others travelling from other parts of the UK too.

Michael Eakin, Liverpool Philharmonic’s Chief Executive said: “Liverpool Philharmonic has developed a strong family audience for our family concerts series at home in Liverpool and we know how thrilling the experience of hearing a symphony orchestra play live is for all ages. So we are very excited to be presenting such an innovative concert programme at the BBC Proms, bringing together our professional musicians in the Royal Liverpool Philharmonic Orchestra with two of our children’s ensembles.

“Along with Michael Rosen and Tony Ross, whose stories and illustrations have given such huge enjoyment to so many children and families, the appeal of such a wonderful combination of music and storytelling is evident in the speed at which our Prom sold out.”

Peter Garden, Liverpool Philharmonic’s Executive Director (Learning) added:  “In Harmony Liverpool is just four years old, which means that our children have only been learning to play their instruments for the duration of the project, and for some of the younger ones, for even less time.  Equally, many of the singers in our Children's Choirs have only just begun their choral training with us.

“For all these children to be part of a sold-out BBC Prom, performing alongside our professional musicians in the Royal Liverpool Philharmonic Orchestra to 6000 people at the Royal Albert Hall, as well the global audience who will be able to hear the concert broadcast on BBC Radio 3 and iplayer, is really going to be the most amazing and unforgettable experience.”

Liverpool Philharmonic at the BBC Proms 2013

Tickets: £12 (SOLD OUT, Returns and Promming Tickets Only)

Broadcast live on BBC Radio 3 and will available via the BBC iPlayer for 7 days.

The Orchestra gives over sixty concerts each season in Liverpool Philharmonic Hall and tours widely throughout the UK and internationally, most recently touring to China, Switzerland, France, Spain, Germany, Romania and the Czech Republic.

Liverpool Philharmonic has been leading In Harmony Liverpool for four years with our partner organisations in West Everton.

A genuinely transformative music and social programme, inspired by Venezuela’s acclaimed El Sistema, In Harmony Liverpool is engaging 190 children and young people aged 10 months old to 14 years old in West Everton in  up t0 10 hours a week of daily immersive music-making of the highest quality.

Since In Harmony Liverpool began in February 2009, and immediately establishing West Everton Children’s Orchestra, it has reached over 300 children and their families.

In just 4 years, In Harmony Liverpool is demonstrating a dramatic impact in West Everton, highlighting a visionary model for community development, achieving the best for children, staff, parents and the community. Children’s educational attainment in reading and numeracy is seeing significant improvements and they  are making outstanding progress in developing their musical ability as individuals and as an orchestra supported by Liverpool Philharmonic’s In Harmony team.

In 2012, 81% of In Harmony Liverpool primary school leavers continued to learn their instrument on transition to secondary school, a remarkable achievement up from 7o% in 2011.

’The school’s involvement in a national music project is reaping exceptional rewards, especially in how it engages pupils in their learning and motivates them.” Ofsted

In Harmony is a national programme that aims to inspire and transform the lives of children through community-based orchestral music-making. It uses the principles of Venezuela’s inspirational El Sistema. In Harmony is jointly funded by the Department for Education and National Lottery through Arts Council England.

The children’s choirs have opportunities to perform with the Royal Liverpool Philharmonic Orchestra and Choir and their repertoire covers a wide variety of musical styles including classical, jazz, folk and world music.

The BBC Proms is the world’s largest classical music festival, with more than 90 concerts – featuring many of the world’s greatest artists and orchestras – as well as a host of extra events including talks, workshops, films, free performances and family events.

Virgin Trains is the brand name of Virgin Rail Group (VRG), which is owned 51 percent by Virgin Group and 49 percent by Stagecoach. The Department for Transport (DfT) has awarded VRG a franchise contract, which started on 9 December 2012 and will run for up to 23 months. The DfT announced on 26 March 2013 a programme for letting future franchises, with the long-term West Coast franchise expected to start in April 2017.

Virgin Trains has been recognised in numerous awards. In September 2012 Business Traveller magazine readers voted the company the Best UK Domestic Rail Operator for the sixth year running. In 2011 the company was named Best Rail Operator in the Group Leisure Awards (which it also won in 2009 and 2010). In 2011 Virgin Trains won the British Quality Foundation's Achievement Award for Customer Satisfaction.

Customers consistently rate the company the top long-distance rail franchise operator, as measured by the National Passenger Survey (NPS) run by industry watchdog Passenger Focus. In the most recent NPS (Spring 2013) overall satisfaction was 92%, equalling our best ever score from the previous survey (Autumn 2012).

Virgin Trains first achieved Investors In People accreditation in 2007 and this was renewed in 2010; the IIP Gold award was achieved in 2011. In May 2013 Virgin Trains renewed it accreditation against the criteria of the European Foundation for Quality Management's (EFQM) Excellence Model, which it originally achieved in May 2011 The company’s Learning and Development team won a National Training Awards 2011 West Midlands award for its Coaching Culture programme. 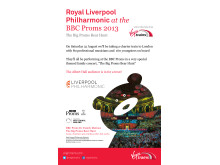