During 2019, more than 9 000 drivers participated in the Vehco Eco-Driving Challenge. The competition was a great success where about 60 companies, organized through 114 teams with approximately 4 100 vehicles, participated. Dagab Backa won the most prestigeous prize as the European Champion.

Addsecure-owned Fleet Management Systems provider Vehco, today announced the results from its competition within Eco-Driving 2019. The competition, called "Vehco Eco-Driving Challenge", is voluntary among Vehco’s customers and it is based on the Vehco Eco-Driving Index . The driving behavior has improved during the competition. When Vehco analysed the data, the improved behavior proved to deliver major fuel savings . When comparing the result 2019 with 2017 (when the challenge started), Vehco's estimate shows that the competing companies reduced their total consumption by approximately 2998 000 liters of diesel, resulting in reduced CO2 emissions of approximately 7915 tons and savings of about 3 298 000 €.

To make the competition even more exciting, the 60 competing companies are divided into 6 different classes based on country (SE, NO, FI, DK, DE, FR) and in one class for bus operators in Europe. Further, Vehco has also followed the companies with the best improvements during the year and best Eco-driving momentum. During the competition Vehco has continuously updated a performance chart on the company's website to keep all stakeholders informed about the leaders. ​Read more here.

​Best improvers
​In the Challenge, it is also possible to win prize for the best yearly improvement of the index, see the three best improvers below.

–Dagab's development within Eco-Driving continues with the help of Vehco. This year is the third year we are on the podium (!). The whole journey has been fantastic for everyone involved. We care a lot about our CO2 footprint and the environment within Dagab and Axfood. We are very pleased with all the individual improvements that many of our drivers have made during our Eco-Driving program. We look forward to 2020 together with Vehco, says Per Rudholm,Transport Manager,Dagab Inköp & Logistik.

Online award ceremony to reduce CO2
​In previous years, Vehco has invited the winners of the competition to an award ceremony at Vehco's head office in Gothenburg. This year, local ceremonies were conducted in parallel in each country to reduce travel and CO2 emissions. All ceremonies were linked together through a joint video conference, so that the awards ceremony was according to the model "Eurovision Song Contest". In conjunction with the ceremony, the various companies shared their experiences with each other and Vehco how they worked to succeed with Eco-Driving.

About Vehco
​Vehco, established in 2001, is a leading European provider of systems for Transport- and Fleet Management, and part of AddSecure. The core business is to provide Transport- and Fleet Management Systems for heavy and light commercial vehicles. Vehco serves over 2 000 customers and has offices in Sweden (HQ), Finland, Norway, Denmark, Germany, Netherlands, Belgium, France, Poland and Spain. Vehco markets and sells its products through a dedicated sales team and through partners in Europe. Vehco has 250 employees and a yearly revenue of 32M€.

AddSecure
AddSecure is a leading European provider of premium solutions for secure data and critical communications. The company serves over 100 000 customers and partners around Europe with secure communications and solutions that help customers safeguard their life- and business-critical applications. This helps save lives, protect property and vital societal functions, and drive business.
AddSecure serves customers in the security and safety industry, in building security and automation, in digital care, in transport and logistics, in utilities and smart cities, and more. Customers are provided with solutions within Smart Alarms, Smart Care, Smart Grids, Smart Rescue, and Smart Transport.
The company, founded in the early 1970s, today employs more than 550 staff in 12 countries. AddSecure is headquartered in Sweden, and has regional offices as well as a network of distributors around Europe. AddSecure is majority-owned by Castik Capital, a European private equity fund with a long-term approach to value creation, founded in 2014.

Prior to publication, it must be approved by AddSecure. 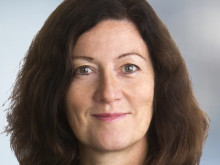 Vehco announces name change of Paetronics, the leading Finnish Fleet Management Systems provider, to Vehco. Through one strong brand, the company can now operate more efficiently throughout the Nordics and beyond. 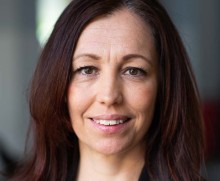 Vehco, a leading European provider of Fleet Management Systems (FMS) and part of AddSecure, announced today that Jenny Nyström has been appointed as the company’s new Financial Director. Nyström joins from Stena Stål AB and will assume the position on April 1.

During 2018, more than 9000 drivers participated in Vehco Eco-Driving Challenge. The competition was a great success where about 60 companies with approximately 4 200 vehicles participated.

​AddSecure-owned Vehco appoints new CEO to strengthen operations and continue European expansion. Johan Frilund will assume the role on March 1, with main focus to position Vehco in the new connected ecosystem that emerges within the Transport and Logistics industry.

​Vehco appoints new CEO to strengthen operations and continue European expansion. Johan Frilund will assume the role on March 1, with main focus to position Vehco in the new connected ecosystem that emerges within the Transport and Logistics industry.

Vehco, one of the largest pan-european providers of telematics systems, accelerates its growth through AddSecure who acquired Vehco on May 22, 2018. With the new owner, Vehco now has the structure and the financial strength to become the largest provider of systems for fleet management in Europe to heavy commercial vehicles (HCV).

In March 2017 , Vehco invited its customers to "Vehco Eco-Driving Challenge 2017”. The competition was a great success where about 50 companies with approximately 7600 drivers and 3 500 vehicles participated. Vehco’sestimations show reduced CO2-emissions of about 1850 tonnes and a reduction of the fuel consumption by about 700 100 liters of diesel for the companies that competed.