Following the announcement of Nidec’s financial results for the third quarter of FY2017, Nidec’s founder and CEO, Shigenobu Nagamori, held a presentation in Tokyo, Japan in which he discussed upcoming and ongoing trends in industries that depend on electric motors and Nidec’s approach to expanding production capacity.

"In 1973 I founded Nidec on the vision of replacing all the electric motors in the world with brushless DC motors—the subject of my research as a student—convinced by the potential of this promising technology. Some 45 years have passed since then and I’ve experienced many different innovations related to brushless DC motors, the most impactful of which was the rapid expansion of the HDD motor market back in the 1990s. At the time, we were launching new factories at an unprecedented pace and expanding our production network into countries like Thailand and the Philippines. Now, we are facing four new large-scale trends of a similar, or even greater, magnitude.

“First, we have the electrification of automobiles. Business is absolutely booming; never before have we been approached by so many customers from the automotive industry. We are allocating vast amounts of human resources to keep up and we also plan to build new plants and strengthen our manufacturing capabilities globally.”

The switchover from internal combustion engines to electric motors is progressing ever more rapidly and the impact of this once-in-a-century revolution extends far beyond the engine itself; a myriad of other components previously powered by the engine are being replaced by units driven by electric motors, many of which are manufactured by Nidec.

The second trend is related to the utilization of robots. Collaborative robots are seeing increased use in manufacturing, providing a major boost for the electric motor industry as most robots are equipped with numerous motors. “We are proactively making preemptive investments in this area, especially focusing on speed reducers (another category of products that the Nidec group makes). Some of our domestic and overseas factories, previously used to manufacture HDD motors and other products, are being geared for producing robotic speed reducers instead.

“Robots are still an expensive technology, but I expect that they will see more widespread use and even start making their way into people’s homes as the price decreases in the future.” Nagamori has previously underlined the potential of the market for robotic components with figures estimating that the world population will reach 9 billion with 3 service robots for every human on earth by the year 2050.

The third major trend can be seen in the home appliance market. Machines and electronic equipment traditionally powered by brushed motors are increasingly being redesigned to utilize brushless DC variants instead. With benefits including higher power efficiency, better longevity and compatibility with battery-powered designs, it is not difficult to see why. “Nearly all motors used in refrigerators, washing machines, room air conditioners, vacuum cleaners etc. are going to be replaced by brushless DC motors. Rather than the home appliance market itself growing, the motor market is growing as a result of this ongoing change,” Nagamori explained.

The final topic touched upon in the presentation was manpower-saving in logistics and agriculture. “This trend has started to take shape and we are being contacted by many customers asking us to develop motors for drones designed for use in logistics among other applications.” The potential for drones in logistics and agriculture is high but the breakthrough that the market has been waiting for has been moving slowly as a result of shifting regulations. In a November interview last year with a major Japanese business magazine, Nagamori stated that he expects this breakthrough to happen in one or two years from now.

Likening the trends to billowing waves, approaching on the horizon, Nagamori stressed the importance of being ready to ride the waves when they arrive by expanding production capacity in advance.

Prior to publication, it must be approved by Nidec. 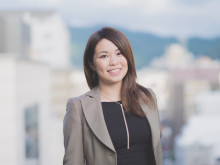 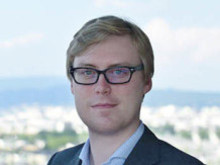 For the first time in the 45 year old history of the Kyoto-based multinational manufacturer of electric motors, Nidec has a new president, as Hiroyuki Yoshimoto becomes the first person to hold the post after the company’s founder Shigenobu Nagamori. The appointment was approved on June 20 at the 45th regular general meeting of shareholders and a subsequent meeting of the board of directors.