Thailand is currently the world's 4th largest producer and 2nd biggest exporter of sugarcane, with demand for sugarcane as a sweetener and in ethanol on the rise. In 2015 we began developing the sugarcane harvester in pursuit of business expansions in farm mechanization.
With the contract and delivery of the first of our HS2000 sugarcane harvesters in February 2017, Yanmar has been working to further increase sales.

The HS2000 sugarcane harvester project started in 2015, and the final design was put into full scale production in 2017. To find out more we spoke with Harumasa and Koji from development and Takuji and Kazuaki from production.

Koji Matsuoka
Development Div., Agricultural Operations Business
Joined Yanmar in 2001. From 2010 Koji began working on design of the YH combines. Prior to putting the HS2000 in production, Koji spent 4 months testing the harvester in Thailand.

Harumasa Kitaoka
Development Div., Agricultural Operations Business
Since joining Yanmar in 2011, Harumasa had been working on combine design. From 2015, he was stationed at Bunmei Noki where he oversees design of areas relating to the HS2000 engine.

Takuji Hagiwara
Production Div., Bunmei Noki
Joined Bunmei Noki in 1993, working in the development div. Takuji left the company in 1995 and returned in 2008, working in production management and materials. Currently he oversees the entire production process.

"Our development team had no experience working on sugarcane harvesters and Bunmei Noki hadn't dealt with large size harvesters before. Everything was a first-time for us," said Harumasa.

The HS2000 was to be equipped with an engine that has a peak power of 200 horse power, which was twice as powerful as any engine that Harumasa had worked with before in combine development. The first challenge Harumasa confronted when designing the HS2000 with an engine of such phenomenal power was heat balance. During harvesting, lots of dust clogs up the air-intake's mesh, requiring cleaning. To solve this issue we put our Bunmei Noki skills to use. By reversing the fan we reversed the direction of air-flow, sending the dust back out where it belongs. However while we cleared the first challenge there were many more awaiting us.

"When conducting field tests in Thailand, we realized that what may be common sense to us isn't for others. For example, harvesting implements dig into the ground during harvesting. However in Thailand their fields had 30cm radius stumps. As sugarcane harvesters operate in dense sugarcane fields, we couldn't see these stumps; running into them and damaging the machine on many occasions," said Koji.

In Thailand this isn't unusual, so we had to make the harvester more durable. That way even if you hit the stumps, the machine can handle it; reducing machine downtime. It was a lengthy 4 months of trial and error, as any issues confronted in Thailand were dealt with by the development team back in Japan, followed by Koji confirming that the modifications worked back in Thailand. 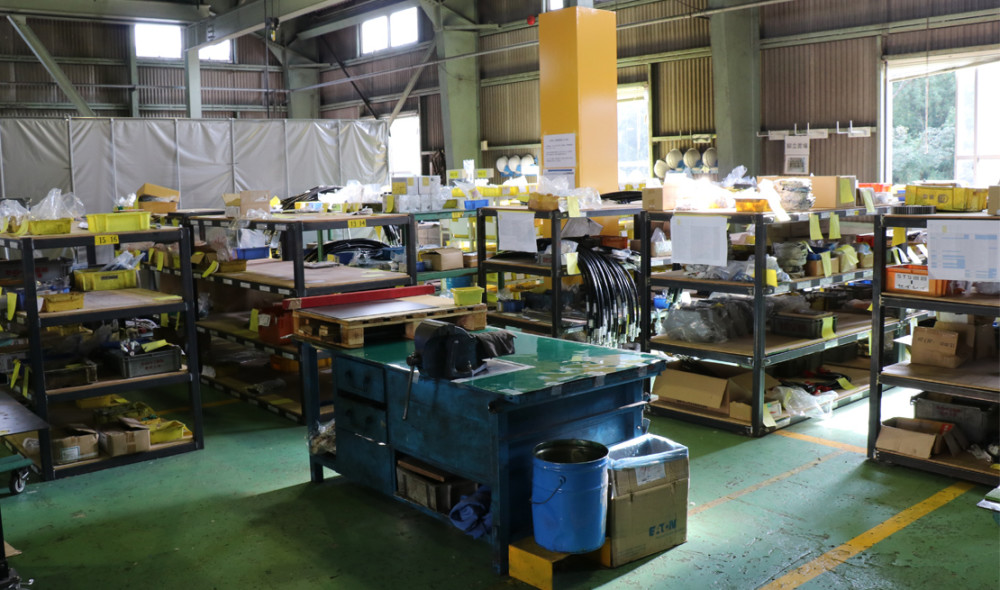 The design stage of the HS2000 was complete, so it was taken to the factory for improvements.

"The production quota of 20 units per year that I was given was impossible at the time of the initial talks," said Takuji. While we had staff from Bunmei Noki with their extensive experience in manufacturing, each person contributed different production and assembly know-how. Kazuaki was the first to facilitate the digitalization of processes inside the factory. As Bunmei Noki had only recently joined the Yanmar Group in 2014, Yanmar's parts management system had not yet been implemented, and the management of parts was often left up to the know-how of the factory staff.

"When I was first stationed at Bunmei Noki, it sometimes took half a day just to find a part. To make it so that anyone could find parts easily, we installed shelves in the parts warehouse and created a digital system for looking up the parts location," said Kazuaki. 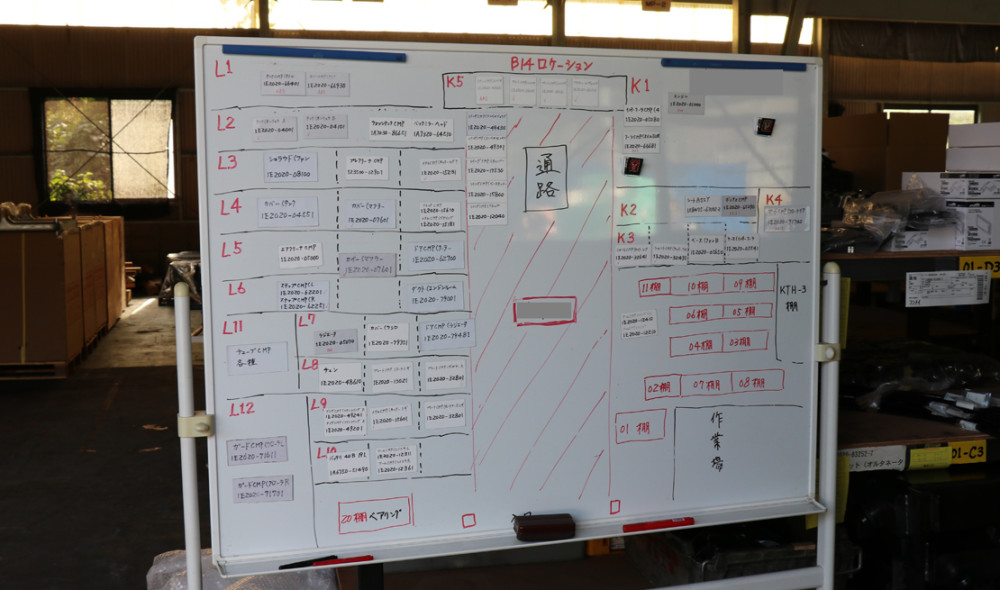 The team worked with the experienced personnel at Bunmei Noki to improve the management of parts needed for production. By enabling all staff to be able to pick inventory easily, greatly improved manufacturing efficiency. Leveraging the performance capacity of all staff was the catalyst, leading to a series of further improvements facilitated by the factory personnel.

"I'm grateful to everyone at Bunmei Noki who was always open to our ideas and proposals. It is thanks to their zeal and initiative that we could achieve such a short lead time. There is a lot that we can learn from them", said Kazuaki. 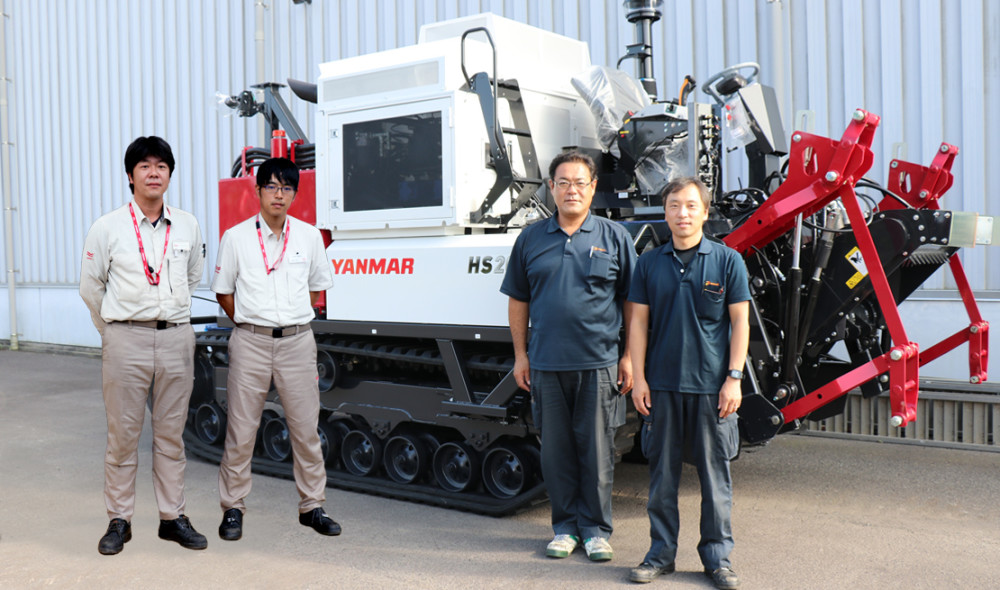 Once the production lines started rolling in May 2017, the Yanmar development team returned to Okayama, Japan where we continued to provide support.

"Now it's over to the customers to put them into action and give us feedback. I'm sure they will point out a lot of things, and we will take this on board and respond," said Harumasa.

"I heard from others that the reason our first HS2000 customer bought it was not because of the product itself, but because of the services and support that we provide with our products" spoke Koji in response. "This is thanks to the continued hard work put in by our sales and service staff at YSP. I'm determined not to let them down by continuing to create products that will help our customers succeed and deliver added value," he continued excitedly. 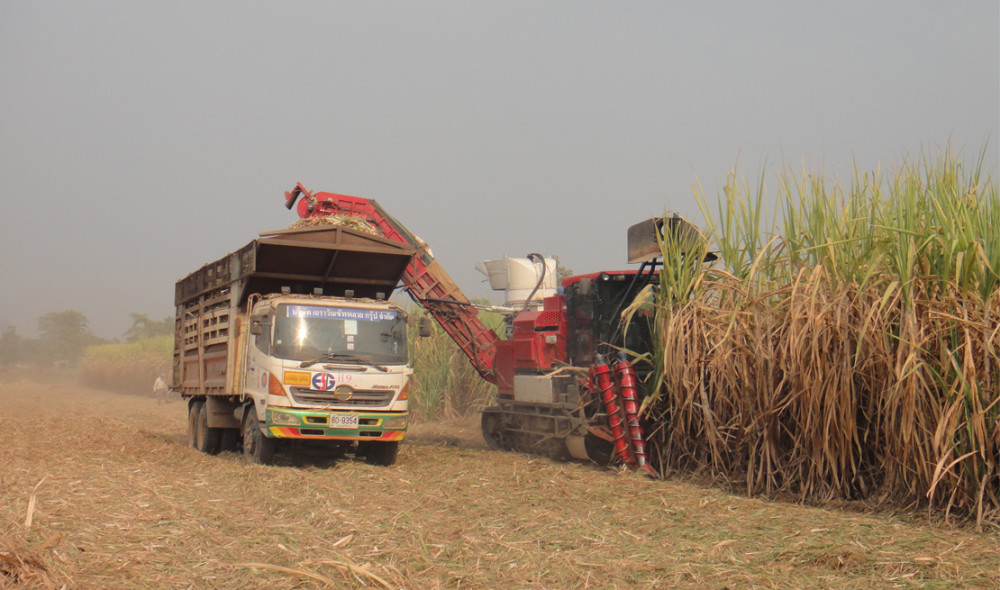 Prior to publication, it must be approved by Yanmar Co., Ltd.. 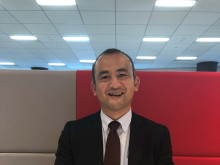 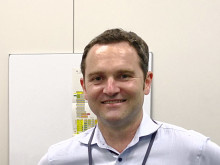 Yanmar Compact Tractors on the Streets of Europe

At the BayWa Winter Service Demo Event in Munich, Germany, Yanmar compact tractors were center stage demonstrating their utility in the important tasks of mowing and greens maintenance, street cleaning and maintenance, snow removal and soil preparation or even agricultural work. Visitors had a chance to examine the tractors in detail and even drive them to see how they really operate.