Two individuals – one artist. For more than fifty years Gilbert & George has created art placing themselves as both subject and object. In THE GREAT EXHIBITION, the artists has selected pictures mirroring their art, just as captivating as it is prolific.

Ever since they first met at the Saint Martin’s School of Art and Design, Gilbert & George have been inseparable, both professionally and privately. This was in 1967 and while London was swinging, Gilbert & George were unmoved by current trends. Instead, they donned immaculate attire – their “responsibility suits” – and embarked on a voyage to challenge the conventions of art and society.

Fearless and straight to the point, their art has the power to unsettle the viewer. THE GREAT EXHIBITION comprises works from the period 1971 to 2016. The exhibition is packed from floor to ceiling with pictures that are grotesque and terse, surrealistic and symbolic, but consistently within the strict grid that is emblematic of the duo.

Gilbert, born in 1943 in the Italian Dolomites, and George, born in 1942 in Plymouth, UK, have an express purpose with their provocative art: “to reveal the inner-bigotry in the libertarian, and conversely to reveal the inner-libertarianism in the bigot”. Gilbert & George have lived and worked in the same London neighbourhood for more than five decades, noting how it has changed over time. Dressed in almost matching, immaculate suits, the two are in equal parts subject and object – an indivisible unit, unconditionally devoting themselves and their life together to art. The every day life of Gilbert & George is as creative as it is rigorously ordered. By committing themselves to a discipline as rigorous as it is creative, keeping their life at their home and studio to simple classless routines, they have made room for total creative madness. Punk rockers and nationalists, folk dance and bombs, autumn leaves and personal ads – with their fearless and singular common gaze, the most iconic duo of the art world probes the world that surrounds us all.

“For over half a century, they have been among the most visible artists on the planet. This is not surprising, since the recurring themes in their art could not be more fundamental to us humans: politics, religion, sexuality and beauty. Ultimately, what their art is about is human life itself”.
– Daniel Birnbaum and Hans Ulrich Obrist

Curators: Daniel Birnbaum and Hans Ulrich Obrist
The exhibition is produced and organized by the LUMA Foundation and Moderna Museet, Stockholm in collaboration with Astrup Fearnley Museet

Astrup Fearnley Museet is a private museum of contemporary art and has since its opening in 1993 been one of the most important art institutions in Oslo. The museum moved to Tjuvholmen in 2012, beautifully located by the Oslo Fjord in a building designed by world-renowned architect Renzo Piano. The museum shows changing exhibitions by leading international and Norwegian contemporary art and houses the Astrup Fearnley Collection. The collection is one of Norway’s most important and extensive private art collections, with iconic works by artists like Damien Hirst, Anselm Kiefer and Jeff Koons.

Prior to publication, it must be approved by Astrup Fearnley Museet . 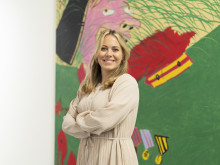