RFRSH Entertainment and Spanish Komodo has signed a long term strategic partnership around all BLAST Pro Series tournaments and activities in Spain over the coming years.

The partnership begins with BLAST Pro Series Madrid that will take place May 10-11 in Madrid Arena and offer a prize pool of 250,000 dollars for six of the best Counter-Strike teams in the world.

Komodo is a leader in creation and production of sports and entertainment events and have been involved with major events like the UEFA Champions League Final, the Basketball World Cup, the Madrid Open in tennis and a number of major theatre and musical productions.

The parties have joined forces to produce and promote BLAST Pro Series and Komodo has purchased the commercial rights in Spain for the tournament over the coming years.

Komodo will help secure the highest production value for the audience and viewers of BLAST Pro Series Madrid.

- BLAST Pro Series is the most innovative and engaging live esports event globally and for Komodo it is a great opportunity to bring the tournament, event and all the activities around BLAST Pro Series to Spain.

- RFRSH Entertainment is frontrunners in creating live esports entertainment and content and combined with our experience in organizing large and our common approach to creating world-class content is potentially the perfect match. Arranging an event like this with so many things going on at the same time is a challenge, and we feel very comfortable that we can not only solve this, but also take the event and entertainment to the next level, Tomás comments.

BLAST Pro Series is a global series of Counter-Strike events designed to build the bridge between the hard core esports community and a much wider audience. The company has invested significantly in creating a cutting edge live arena show and a broadcast production, which until now has sold out every arena with with millions watching online and with TV viewers in more than 130 countries and territories around the globe. 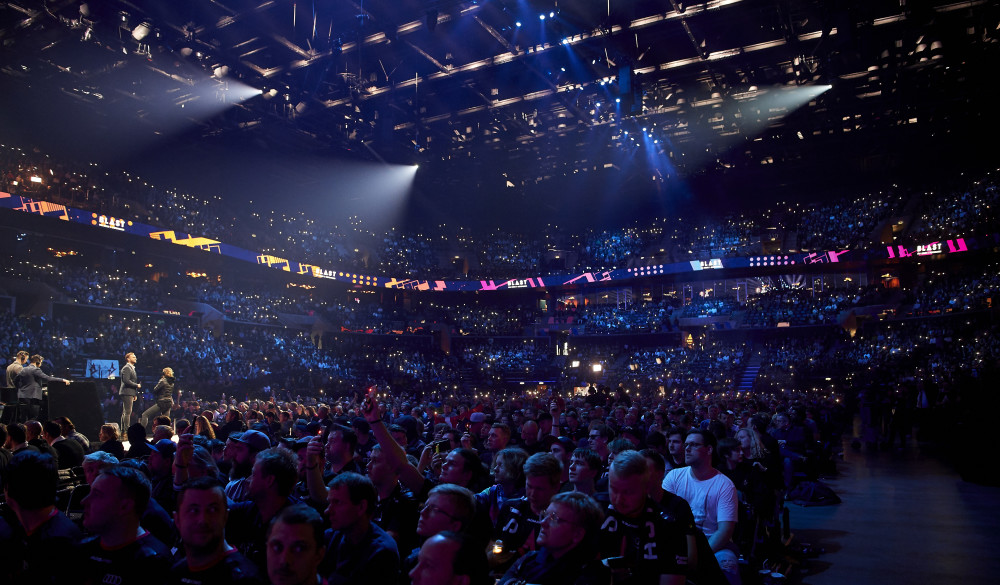 BLAST Pro Series plans to return to Spain repeatedly after its debute in Madrid.

- It is a significant deal for us and we believe Komodo is the perfect partner for a product like BLAST Pro Series which appeals to both the core fans, but also to a much wider mainstream audience. Komodo’s experience from producing and promoting some of the biggest and most popular events in Spain combined with our approach to live entertainment and broadcast production will secure a product that is even more exciting and entertaining than we’ve seen so far.

- The deal does not only include the tournament; together with Komodo we will be launching a range of initiatives and activities around BLAST in Spain to elevate the whole BLAST experience even further, and to create a format that will be an integrated part of the local and regional eco system of esports, says Roig.

The tournament will have it’s Spanish debut on May 10 and 11 where Madrid Arena will host the first ever BLAST Pro Series in Spain. Tickets go on sale on March 15 with pre-sale opening on March 14 via blastproseries.com.

Established in Copenhagen in 2016, RFRSH Entertainment is an esports entertainment and media production house with offices in Copenhagen and London. RFRSH Entertainment has created, owns and operates the international Counter-Strike Tournament BLAST Pro Series and runs the commercial management and performance optimization for Astralis, the world’s number 1 Counter-Strike team, and the League of Legends team Origen. We are a new breed of esports professionals striving relentlessly to lift and open the scene into a new place, relevant to a broader audience from a base deeply rooted in the esports history and culture.