BLAST Pro Series introduces the new, global season format: One global series with 7 of the best teams in the world, 7 live tournaments in 7 international venues and one spectacular Global Final to end the year!

In connection with the second tournament of the year, about to go down in Miami’s Watsco Center, BLAST Pro Series presents the new, global season format. The format will include a point system covering the season’s tournaments, a global leaderboard and a season finale with the 4 highest scoring teams colliding in the semi finals and the big, Global Final event of world-class esports entertainment and Counter-Strike.

The 4 best teams will go head to head in two semifinals with the team topping the global leaderboard facing number 4 in the first semi final, whereafter second and third will battle it out for the last spot in the Global Final. Both semis and the Global Final will be played in a Best of 3 format.

The Global Final will crown the 2019 BLAST Pro Series Season Champion, who on top of the trophy will win 350.000 US dollars of the 500.000 US dollars in the total prize pool for the 4 top teams.

The total prize pool of the BLAST Pro Series 2019 season is 2.25 million US dollars.

The teams will each play 5 BLAST Pro Series tournaments over the 2019 season, leaving room for qualifier teams and wild cards. In connection with each tournament, the BLAST season teams will compete for points as follows: 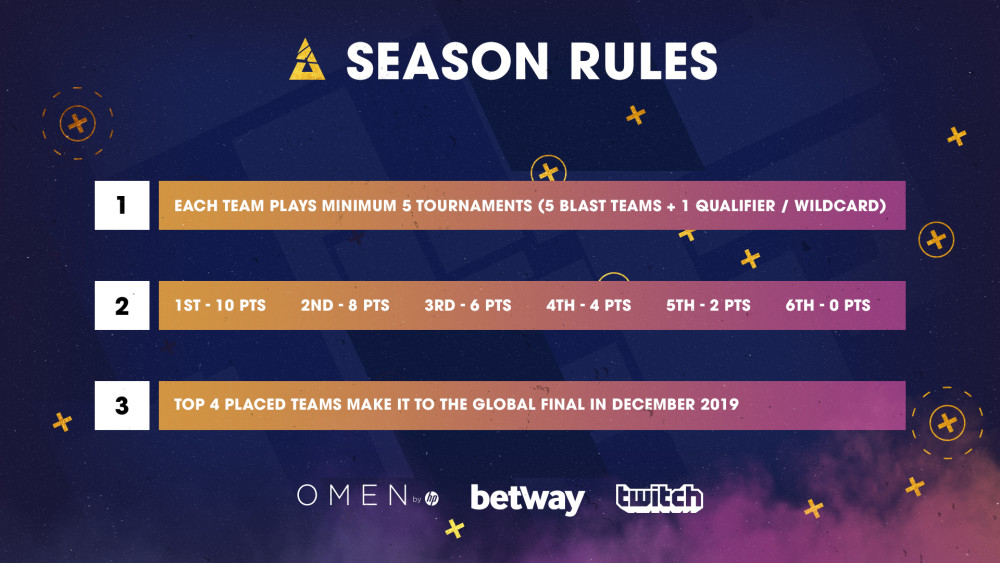 Should a Wild Card team or a qualifier team end up in the points, these points will not be relevant for the global standings and they will not go to another team. Global standings after BLAST Pro Series Sao Paulo: 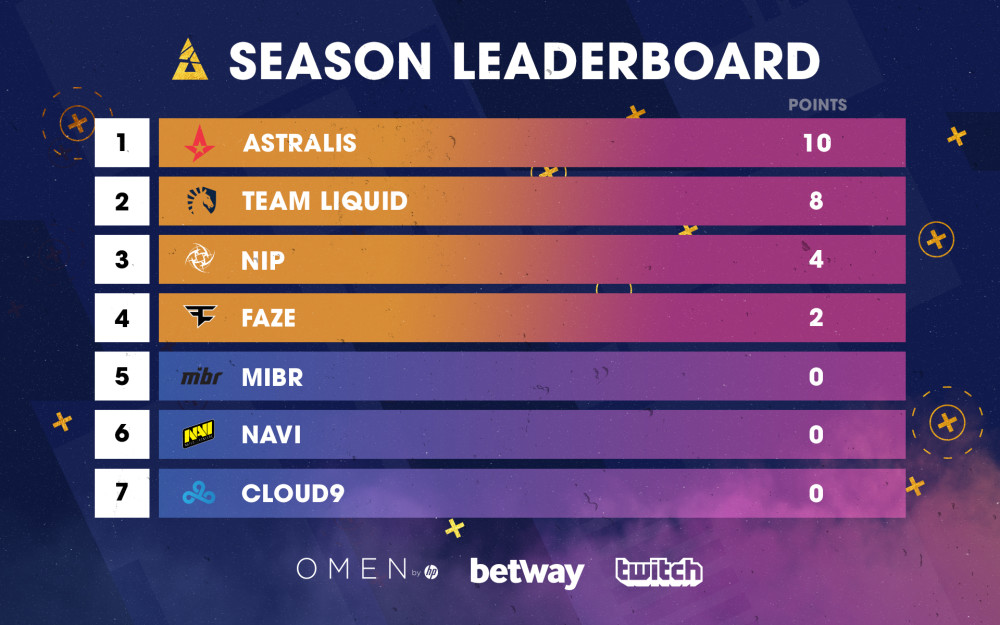 The full season will consist of 7 tournaments and one Global Final. 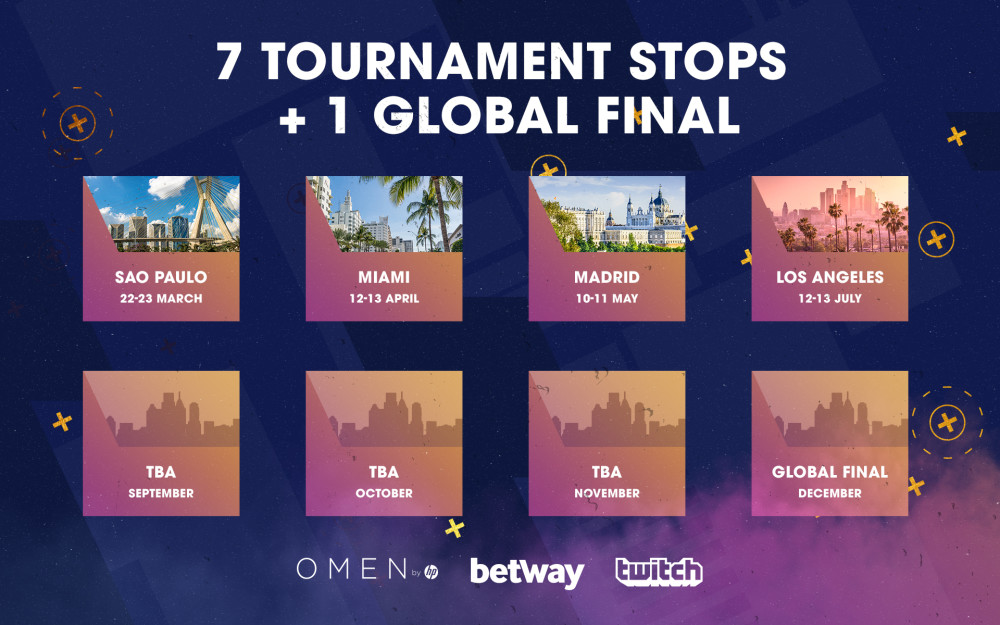 The global standings will be updated live on BLASTProSeries.com and on broadcasts throughout the season.

The second tournament of the 2019 season will take place this weekend in Miami’s Watsco Center, with Madrid (May 10-11) and Los Angeles (July 12-13) coming up.

BLAST Pro Series introcuces its first-ever musical partnership as the esports tournament teams up with one of the most streamed, downloaded and watched bands in a generation: Asking Alexandria! The partnership, which will be activated around BLAST Pro Series Los Angeles on July 12-13 includes special content production, the band’s versions of the BLAST theme music, merchandise and much more.