The "immense" rise in sales of high-emission sports utility vehicles means they now outsell electric cars in the UK by 37 to one, research has found.

As a result, overall exhaust emissions from new cars have been increasing, not declining, for the past three years, says the UK Energy Research Centre.

Prof Jillian Anable of the UKERC said this made "a mockery" of UK policy.

"Effectively, we have been sleepwalking into the issue," she said.

"The decarbonisation of the passenger car market can no longer rely on a distant target to stop the sales of conventional engines. We must start to phase out the most polluting vehicles immediately.

"It is time to enact a strong set of regulations to transform the entire car market towards ultra-low carbon, rather than focusing solely on the uptake of electric vehicles."

According to Acumen Research and Consulting, the global electric vehicle market is expected to grow at CAGR 25.6% during the forecast period, 2019-2026 and will reach over USD 568.2 Billion by 2026. 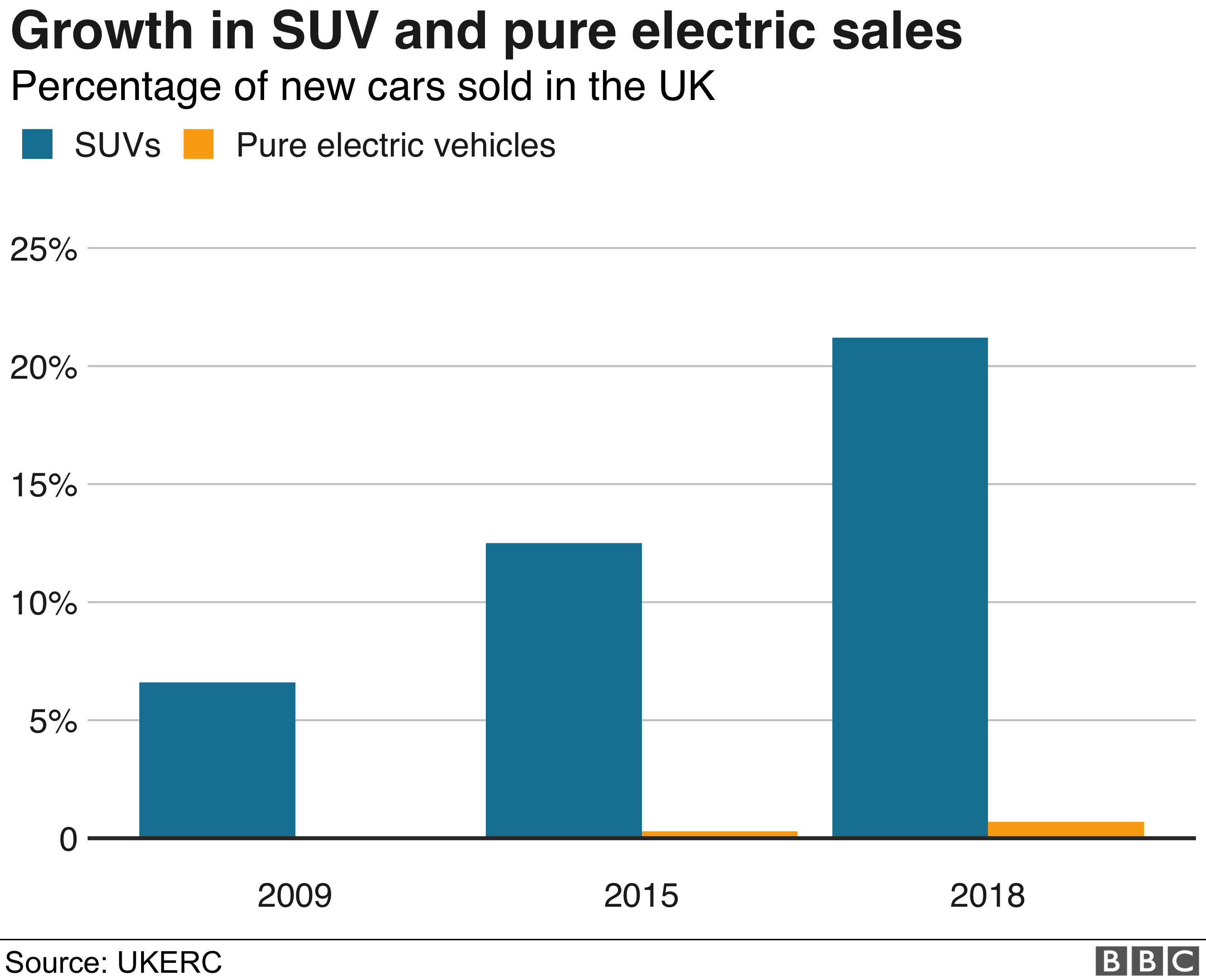 UKERC was founded in 2004 and is funded by UK Research and Innovation, the UK government's research and innovation funding agency.

It carries out research into sustainable future energy systems.

Over the past four years, there have been 1.8 million SUV sales, compared to a total of 47,000 for battery electric vehicles (BEV).

However, BEV sales are coming from a low base, as the technology is still relatively new.

"Assuming the majority of these SUVs will be on UK roads for at least a decade, it is estimated the extra cumulative emissions to total around 8.2 million tons of CO2." 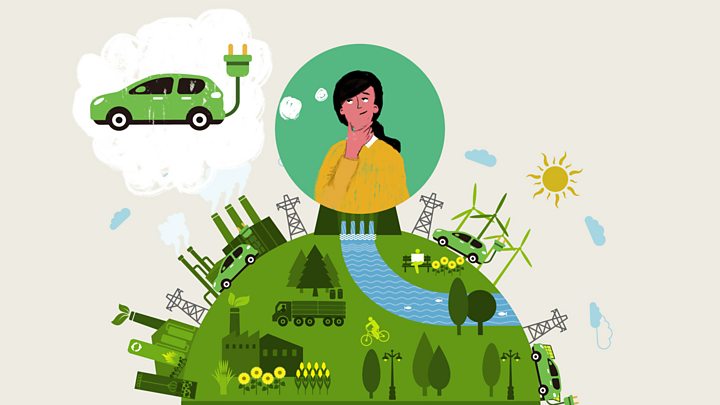 The UKERC said the "extraordinary leap" in SUV sales over the past four years seemed to be due to "attractive car financing packages which divert attention from running costs".

Although vehicle excise duty is higher for gas-guzzlers, more than 90% of new cars in the UK are now sold by way of deals that wrap the excise duty into the monthly cost, "rendering the only clear policy signal to discourage high-carbon vehicles somewhat useless," it said.

All-electric vehicles still represent only a fraction of total car sales. The UKERC said they remained at less than 1% of new car sales in 2019.

There are also challenges to uptake, including a lack of charging points on roads and too few low-cost models.

The UKERC warned against abandoning the EU's emissions targets after Brexit, although no political party is currently advocating this.

It said EU regulations had been structured to allow makers of larger, heavier cars to have higher levels of emissions per km.

"Yet, despite its flaws, there are dangers of Britain choosing not to align with the EU vehicle regulations post-Brexit," it added.

RAC spokesman Simon Williams said: "It's important to remember that the SUV trend has been developing for around two decades, arguably really taking off in the mid-2000s, whereas the electric vehicle (EV) market is only just beginning to accelerate as battery technology improves, along with the availability of public charge points.

"As a result, there are some very strong EV sports utility vehicles on sale now."

A spokesperson for the Society of Motor Manufacturers and Traders said: "Manufacturers respond to consumer demand and dual-purpose cars are an increasingly popular choice, available in a range of sizes, and valued for their style, practicality, higher ride and commanding view of the road.

"Thanks to ongoing investment, like all vehicles, they're also ever more efficient, with average CO2 emissions from new dual-purpose cars having fallen more than 43% on 2000 levels."

They're tall, spacious, and styled to look as though they belong halfway up a mountain, even though most will never ever venture more than a few metres off-road.

SUVs are undoubtedly popular with drivers. But they're also big and heavy - and that means they emit more CO2 than smaller cars.

But it would be wrong to see these figures as a sign that the market doesn't want more environmentally friendly vehicles.

To put it simply, most people still drive petrol or diesel cars, and if they want a bigger car, right now they'll probably choose a petrol or diesel SUV, because they're familiar and widely available.

But just take a look at the tiny, yet rapidly growing market for electric cars. Among the models now on the market are the Kia e-Niro, Hyundai's Kona Electric, the Jaguar I-Pace, the Audi E-tron and the Mercedes EQ.

All of them are SUVs. The manufacturers think they can surf the wave of enthusiasm for big cars - and use it to sell more electric vehicles.

The two are certainly not mutually exclusive.

E-mail sendt til __email__. Klik her for at følge Automotive Hive