Nej Ja
Robert Jungblut’s glider in front of the “Spirit of Panalpina” in Luxembourg. (Photo by Pieter Groenendijk)

One sunny day in June on the tarmac in Luxembourg, a 40-year industry veteran—with a little bit of help from his Panalpina colleagues, his friends at Luxair and airport authorities—staged a once-in-a-lifetime event where his personal and professional passions could collide in a magical moment worthy of a photo op of a lifetime.

Robert Jungblut loves to fly. He considers himself a lucky man because his passion for flying extends from the office to the weekend. For his day job at Panalpina, Robert drives business development of freight management for healthcare multinationals.

On weekends and holidays when weather permits, Robert spends his time flying a Schempp-Hirth Duo Discus T with a wingspan of 20 m and an empty mass of just under 500 kg. He bought the glider four years ago along with two friends and spends most of his free time gliding across Northern Europe, sometimes logging in over 800 km in one flight. He always tries to fly round-trip, but when the weather is not cooperating, his patient wife drives out in their car to fetch him and the glider.

Robert’s life revolves around flying. “I started flying when I was 14 in 1968,” he says. “And I got my glider license in 1971. Both my parents were into flying and my daughter is now a pilot for airBaltic.”

Earlier this spring—12 years after joining Panalpina—Robert became nostalgic whilst thinking about two major milestones that were fast approaching: the merger of Panalpina with DSV and his upcoming retirement in 2020. Suddenly inspiration hit. Why not take his glider to Luxemburg to photograph it next to Panalpina’s Boeing 747-8 Freighter “The Spirit of Panalpina”? 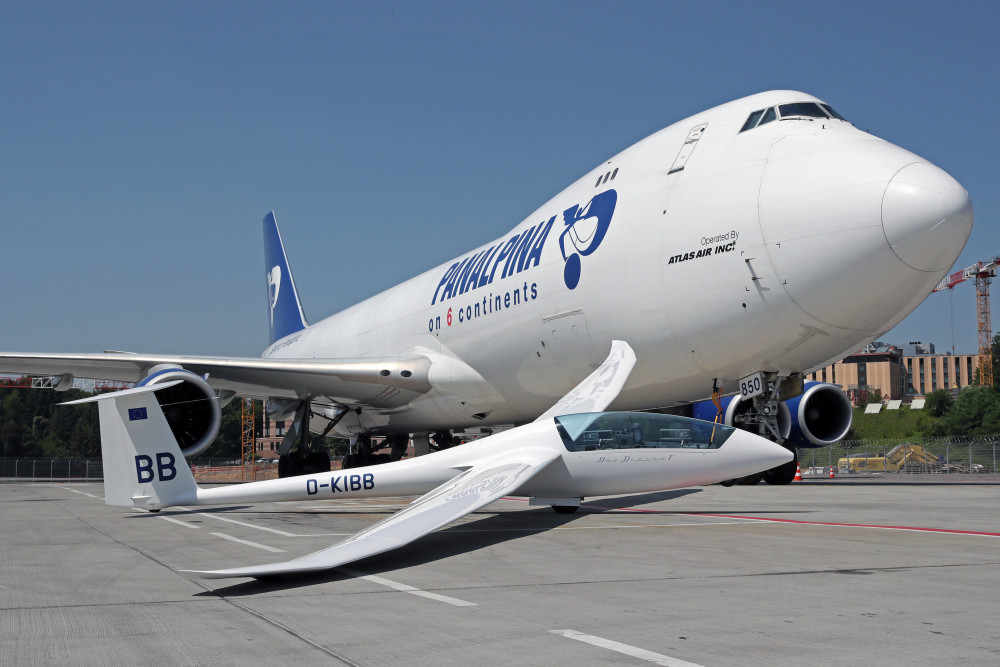 “I’d wanted to bring the two planes together for a long time so I reached out to Bobby, who is also a glider pilot and speaks the same language.”

And that is how Robert’s dream became a reality. And the dream was immortalized in these precious photos. 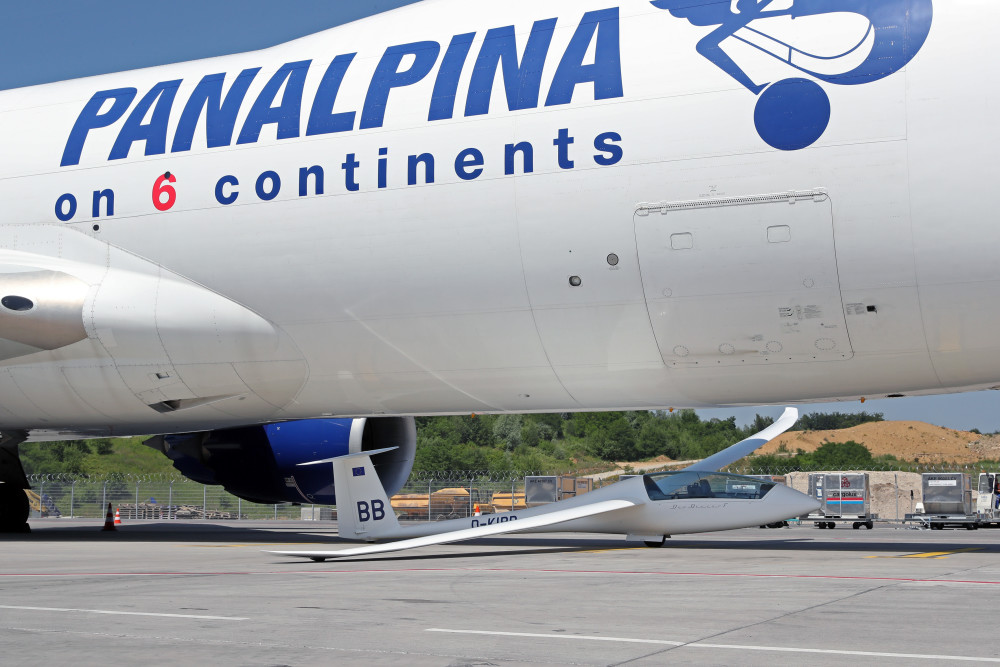 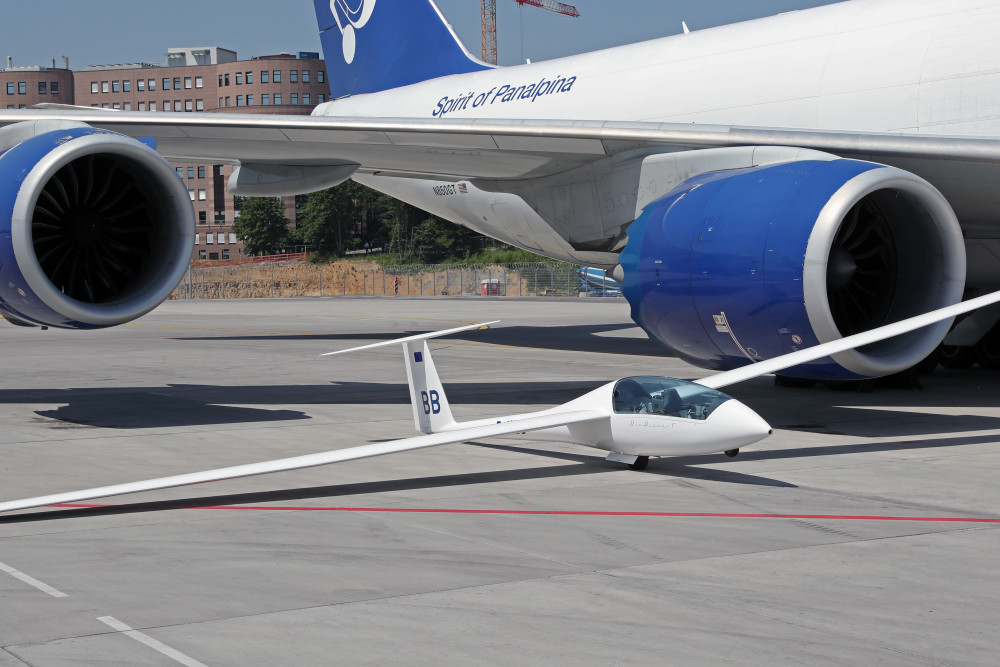 Now it is time for Robert to think about the future.

“Today is Panalpina’s last day as a stand-alone company. Tomorrow, I and 14,500 of my colleagues will begin a new journey as part of a much larger company (DSV Panalpina). There is a lot of uncertainty amongst my colleagues about what the future may bring. My recommendation to them is to view it like a glider flight. Just get into the cockpit and see where the wind takes you and what magnificent things you may discover.” 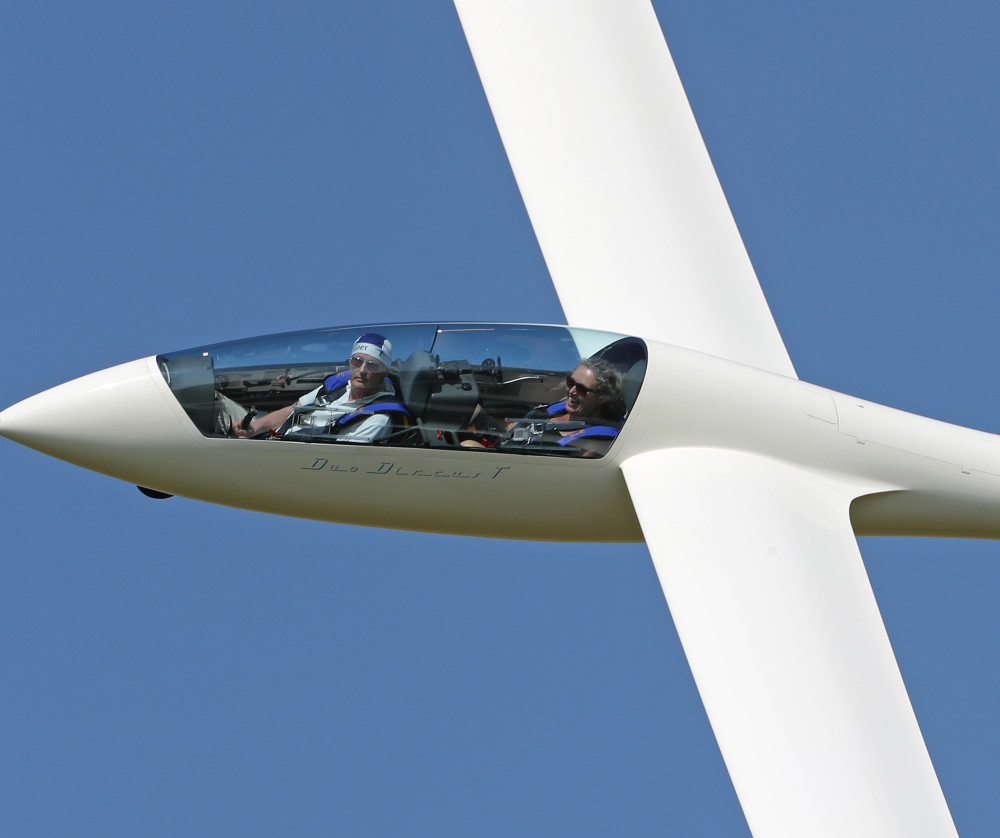 Robert Jungblut and his wife, Annemarie.