Nej Ja
The new perishables facility (left) at Huntsville, Alabama with direct tarmac access was built right next to the existing Panalpina premises.

From Mexico with love: frozen guacamole through Huntsville

Airlifting 42,000 kg of frozen guacamole from Mexico to the UK in ten shipments over a six-week period might seem odd. Why ship frozen food by air? If the customer was happy with having the product sent over six weeks, wouldn’t a single shipment by ocean be more reasonable?

Because of product nature or market requirements, perishables can be very particular. High-quality guacamole is made in small amounts and then quick-frozen to maintain its freshness. In this case, the customer required it in small increments to fulfill orders and avoid storage issues in the UK.

The guacamole was flown from Guadalajara, Mexico via Huntsville, Alabama in the US, to London Stansted Airport in the UK on scheduled charters of the Panalpina Charter Network. The product was transported on the lower deck of Panalpina’s 747-8 freighter “Spirit of Panalpina” with the temperature set at 2 °C.

The goods were loaded on pallets with thermal covers (passive cooling) to maintain an optimal temperature during transport and transit, and a vehicle was on stand-by at Stansted Airport with the temperature set at -18 °C for immediate onward distribution to the customer in Braintree, 29 km away.

The ambient temperature of the cargo was controlled at every stage of the journey to maintain the cool chain and each shipment was delivered to the full satisfaction of the customer between two and maximum five hours after landing in Stansted. 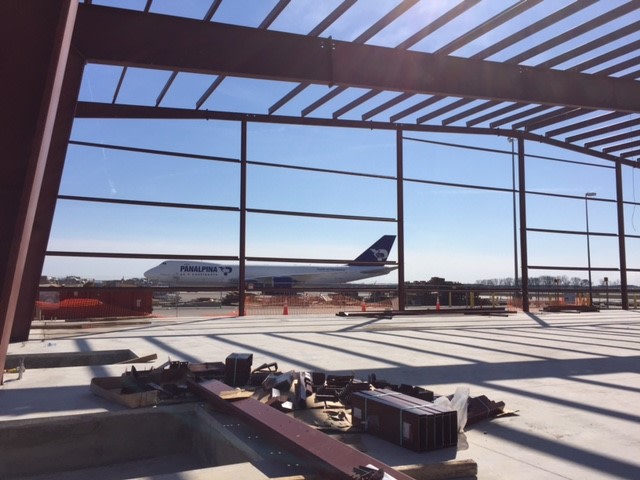 The “Spirit of Panalpina” passes in front of the new perishables facility during construction in 2017.

Perishables traffic from Mexico has been increasing steadily for the last four years, and fresh produce has become a regular staple commodity on each flight. Panalpina’s gateway in Huntsville, Alabama was recently expanded to accommodate these and new volumes.

Of the new 1,626 m2 (17,500 sq ft) 1,022 m2 (11,000 sq ft) is cold storage dedicated to perishables with variable temperature ranges. The coolers are located directly adjacent to Panalpina’s main building, less than 100 meters from the apron where aircraft park and can fit enough perishables to fill up an entire Boeing 747-8F (double-stacked).

Operational since August 2017, the new perishables facility makes it easier for Panalpina’s experts to manage and oversee the transit of berries, blueberries, blackberries, avocados, lemons, limes, oriental vegetables, papaya, and jackfruit among many other products on their way from Mexico to the US and Europe, as well as from the US to Europe.

At the moment, 100% of the cargo in transit stays in the plane, but the facility is ready to accommodate perishables at the right temperature in case of aircraft on ground (AOG) and future connecting flights.

“It can get hot and humid here in Alabama in mid-summer, so the new cold storage capability is definitely good to have to keep products fresh while in transit when needed,” says James Beck, Panalpina’s gateway manager for Huntsville and Miami, with a smile. “On the other hand, we do not suffer winter closures or diversions due to weather.”

The new facility in Huntsville is an important addition to Panalpina’s Perishables Network and will complement the Miami gateway, which handles most of the perishables flown in from the Americas, in particular flowers from Colombia and Ecuador.

Huntsville is ready to handle additional products, including American fruits and vegetables, meat, poultry, hatched eggs, chocolate and confectionary, and open new routes from the Americas as well as to and from Asia. As part of the Panalpina Charter Network, Huntsville is directly linked to Mexico City, Guadalajara, Hong Kong, Sao Paulo, Stansted, and Luxembourg.

“Huntsville is geared towards a product-conscious cool chain for fresh produce,” explains Markus Fellmann, regional head of Perishables Americas. “The many direct flights that we control connect important markets with high frequency and ample air freight capacity. This way we can meet the rising international demand for perishables while ensuring product integrity with optimal temperature control.”

An airport without congestion, strategically located Huntsville has the additional advantage of a road feeder service – a truck network that covers 26 US states over a 970 km radius where major cities can be reached in 1-1.5 days. “We have minimal waiting times, and the permanent presence of the US customs and the United States Department of Agriculture (USDA) allows for optimized overland transport with reefers and quick transfer times to other cities and airports,” adds James.

75 people work at the Huntsville gateway which has been approved by the Food and Drug Administration (FDA) and is expected to receive the Global Food Safety Initiative (GFSI) certification by the end of March. 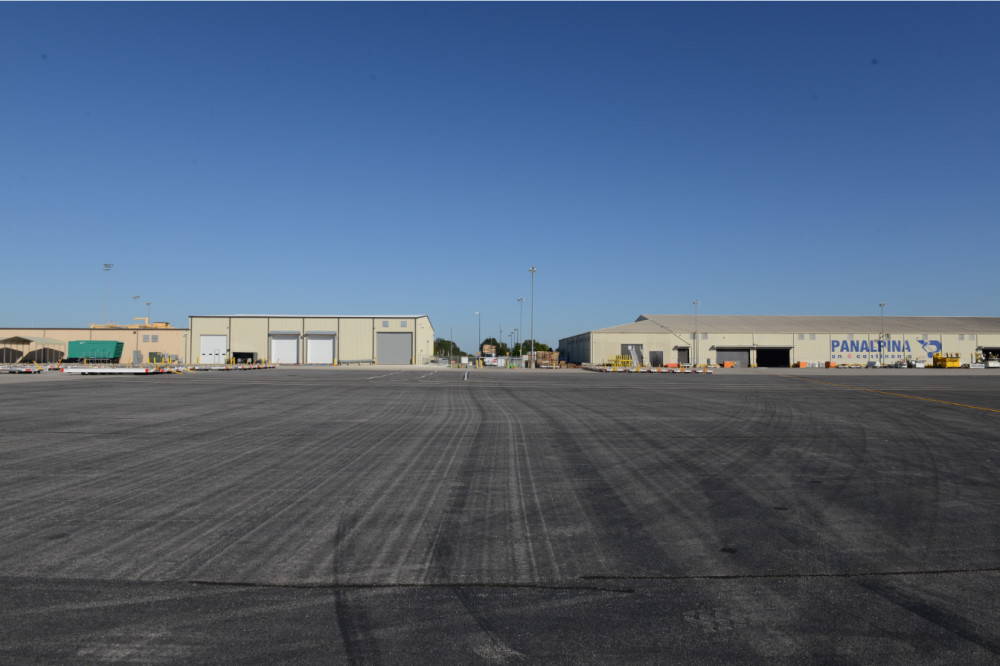 The completed Huntsville facility (left) is an important addition to the Panalpina Perishables Network. 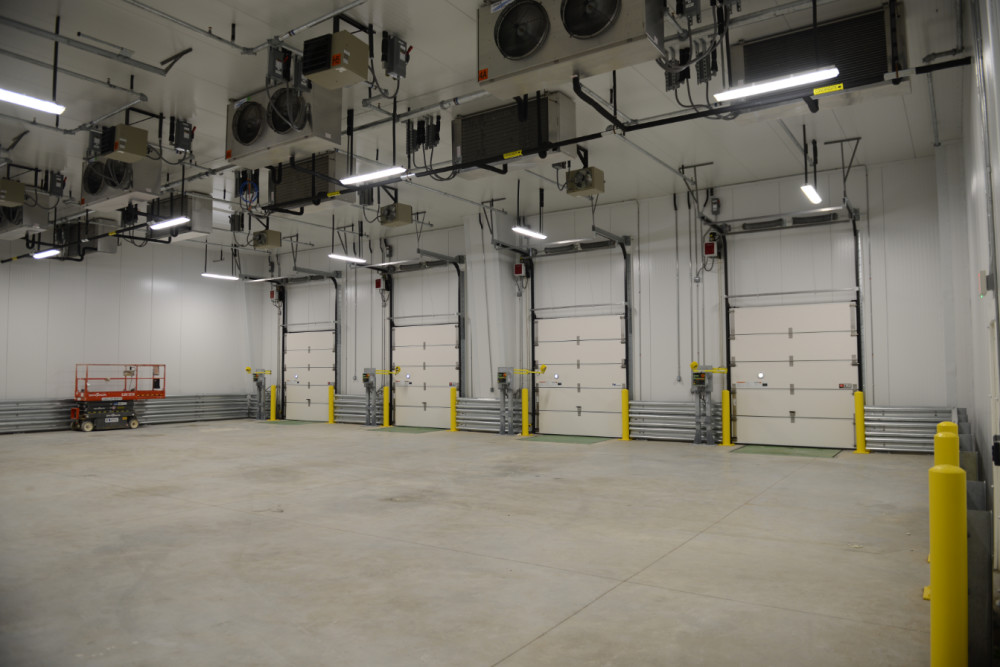 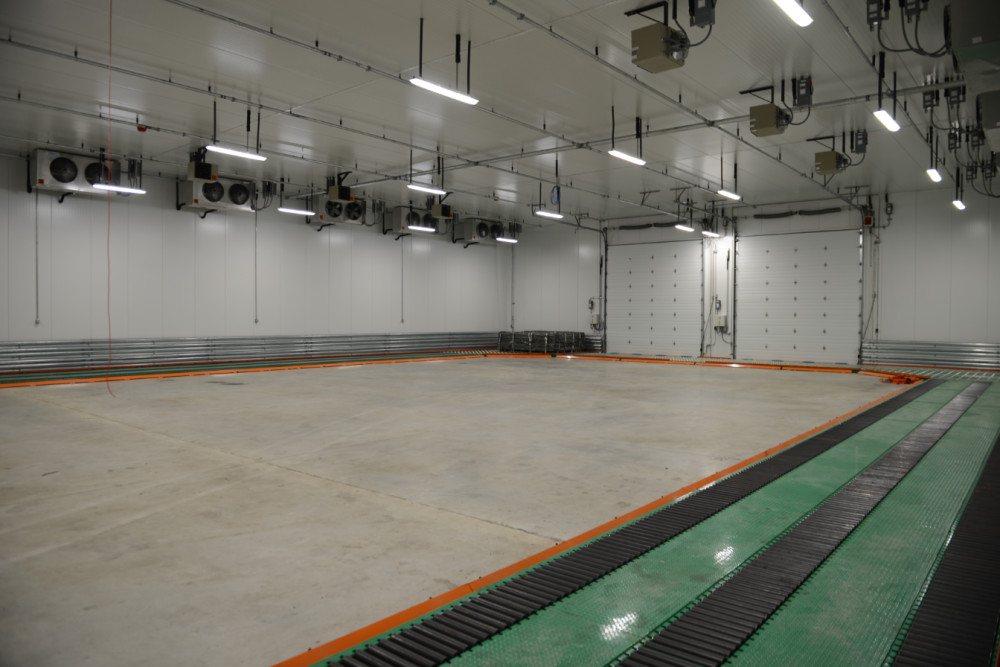 Two airside doors give direct access to the tarmac and Panalpina’s freighters that are parked only 100 meters away.

In an interview with Air Cargo Week, Panalpina’s Conrad Archer and Colin Wells elaborated on the perishables peak season ahead, rising demand in Asia Pacific and China in particular, the renaissance of fruit and vegetables in Kenya and elsewhere, and Panalpina’s investments. They also addressed the trend of direct shipments and e-commerce, as well as Qatar’s appetite for Kenyan mangoes.

Panalpina’s hub at Luxembourg Airport has been officially licensed by Certisys to handle organic fruits and vegetables. With Luxembourg (Certisys) and Amsterdam (SKAL), Panalpina now has two airport locations in Europe that are licensed for the handling of organic perishables. Both are directly connected to the tarmac, ensuring the shortest possible route between aircraft and transit storage.

At Amsterdam's Schiphol Airport, Panalpina now operates two facilities, separated by a runway. One is dedicated exclusively to healthcare products, the other to perishables and general cargo. It's like having two bedrooms in a marriage, separated by a long corridor with lots of shiny lights on the sides. An odd idea, you may say, but it can actually make perfect sense (and save marriages).

Panalpina and e-commerce disruption in perishables

An Air Cargo World feature on forwarders and e-commerce in perishables saw Panalpina’s Colin Wells and Quint Wilken elaborate on the state of the sector. Wells said he embraces the Amazon/Whole Foods deal, "because the industry needs changing. Amazon will have their own solution, and therefore we believe that Panalpina will be well-positioned to actually offer solutions to non-Amazon retailers.”

Delivering 64 tons of cheese to Bahrain

How Panalpina ships frozen cheddar cheese to Bahrain, voted the best country in the world for expats in 2017

US Customs and Border Protection (CBP) carried out an audit and re-validation of Panalpina’s CTPAT standing as a consolidator and broker. CTPAT is a public-private sector partnership program which recognizes that CBP can provide the highest level of cargo security only through close cooperation with the principle stakeholders of the international supply chain.

As of today, May 18, 2018, Panalpina has added Querétaro International Airport (QRO) in Mexico to the “Speedy” loop of its Charter Network, which also connects Mexico City (MEX) and Guadalajara (GDL) with Panalpina’s air freight gateway in Huntsville (HSV), Alabama. Panalpina is the only freight carrier to serve three international airports with scheduled flights within and out of Mexico.

​For the first time in its history, LATAM Cargo flew a direct route between the cities of Bogotá, Colombia, and Huntsville, Alabama, United States. The new cargo-only route was opened on December 2, 2018, and will be operated once weekly. The new service marks an important milestone for Panalpina as the company continuously expands its Charter Network and the Perishables Network.

We cherish perishables. And so does a growing number of consumers in all corners of the world. Consumers increasingly seek quality fruits, vegetables and other fresh foods like seafood. To meet this rising demand, local producers are stepping in, many of them in places you would not expect. Here are five countries showing a fresh ambition when it comes to exporting produce.

Guac’s going on? The rise and pitfalls of the avocado

The difficulty facing avocado farmers, and the rise in the popularity of the fruit.

Panalpina supports Superyacht Supplies to delivery globally the rarest, most refined and most desirable food and drinks from every corner of the world. Primarily, Panalpina moves perishables, including meat, fish, caviar, dairy, fruits and vegetables, etc. but also dry food, wine and spirits and in fact anything else the yachts request, even bottled water, suntan lotion, and cleaning products.