Nej Ja
What logistics of the future could look like: cargo in containers moving through underground tunnels. (Image by Cargo sous terrain)

Imagine a futuristic world where cargo moves through an underground network of tunnels – automatically, quietly and intelligently enabling just-in-time deliveries. Panalpina is pleased to join Cargo sous terrain (CST), the Swiss-led consortium set to transform logistics and propel the industry into digitalization. As a shareholder, Panalpina will seek representation on the CST supervisory board and adopt a leading role in developing the CST logistics system and sharing expert know-how.

CST envisions an automated, digitally controlled comprehensive logistics system in Switzerland by 2045, aimed at promoting economic competitiveness and improving quality of life. CST will ensure the safe, secure and punctual delivery of containers, pallets and parcels. At its backbone is an underground system of transport tunnels linking the business centers north of the Alps with environmentally friendly distribution in cities and industrial areas.

The first section of the tunnel system is expected to be ready in 2030 and will connect the logistics hub Härkingen-Niederbipp (near the capital Bern) with Zurich. When completed, the fully automated network will extend from Geneva to St. Gallen and from Basel to Luzern, with an additional branch from Bern to Thun. The full network will have 500 km of tunnels, serving more than 80 hubs for the loading and unloading of industrial and commercial goods for about 10 million people. With 1 million square meters of surface underground, CST will be the largest warehouse in Switzerland. 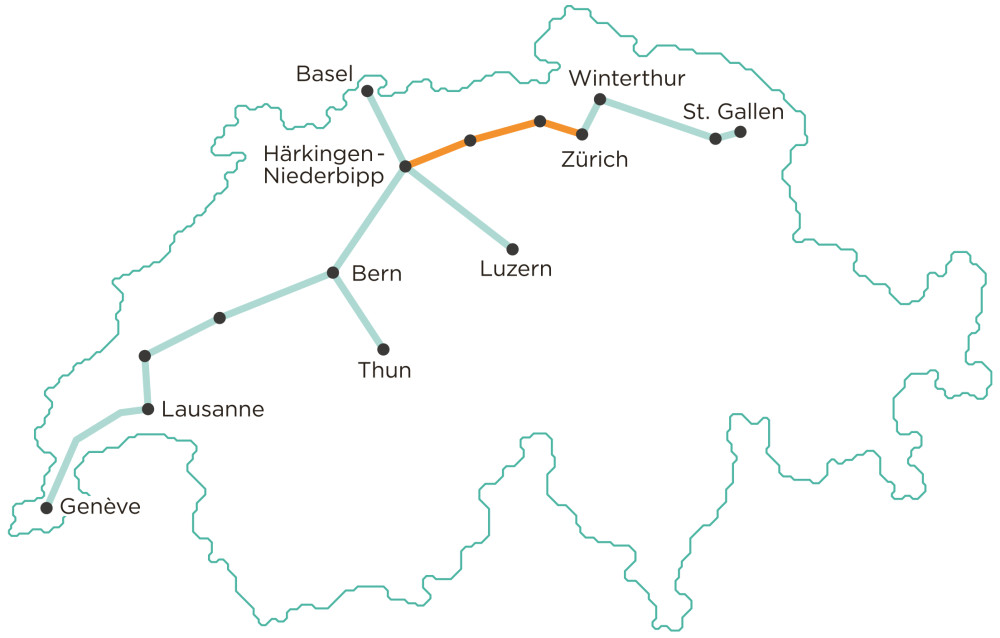 The full underground network connecting Swiss business centers with cities and industrial areas will have 500 km of tunnels when completed. (Image by Cargo sous terrain)

“CST is the most ambitious and advanced logistics project for Switzerland in the next decades and could potentially serve as a role model for the rest of the world,” says Stefan Karlen, CEO of Panalpina. “Our goal is to be at the forefront, to learn and help shape the future infrastructure for freight forwarding and logistics.”

CST will reduce the number of trucks on existing roads, in particular at traffic bottlenecks, by 40 percent. Freight traffic in cities will be reduced by up to 30 percent, thanks to the systematic and efficient delivery by electric vehicles that meet urban requirements. The system will run entirely on renewable energy. With end-to-end digitalization, the system will operate in an extremely flexible environment, with dynamic deliveries in small units and guaranteed arrival times for goods. 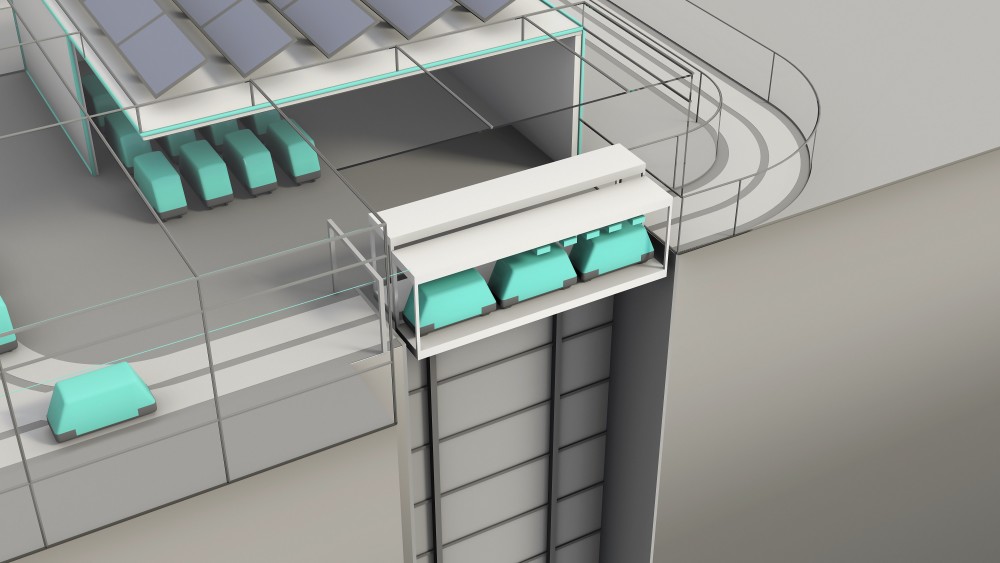 “Panalpina aims to play an active and decisive role for Cargo sous terrain in co-designing highly automated operational systems to connect metropolitan areas and optimize intra-city logistics,” adds Luca Graf, Panalpina’s head of Digital Innovation. “We see the possibility to apply disruptive technologies such as predictive logistics and advanced recycling to achieve this vision.” As a shareholder, Panalpina will seek representation on the CST supervisory board.

The building permit and planning phase of CST will start with the passing of the CST law, expected in late 2020. As a first step, the Swiss Federal Council will open consultation on the new legislation that will allow CST to become reality.

Panalpina announces the launch of its new state-of-the-art digital customer portal. The portal enables customers to benefit from a wide range of instant and real-time services. It is currently available to selected customers by invitation only and will be launched globally this summer.

Panalpina has launched the Panalpina Digital Hub to embrace new technologies including the Internet of Things (IoT), artificial intelligence (AI) and blockchain that have the potential to disrupt the business in the coming years. The new business unit is to explore innovative technologies, develop new digital solutions for customers, and engage with digital start-up companies.

An algorithm for potential lost customer control in logistics was the winner in the first Kickbox organized by the Panalpina Digital Hub, Panalpina HR and Zurich-based incubator BlueLion. The winning entry came from the team Capture+ from Panalpina Switzerland, which was among three finalists that pitched their Kickbox ideas to a jury in Basel on February 26.