Nej Ja
The helideck platform being unloaded upon arrival in Argentina. (Photo by Panalpina)

Shipping a helideck to Argentina

Panalpina recently delivered the main components for the AM3 offshore platform, one of the key elements of the Area Magallanes Incremental Project (known as PIAM in Spanish), from Texas in the US to Punta Quilla, Argentina, about 2,400 km south of Buenos Aires.

With Panprojects Carrier Panalpina can oversee multimodal heavy-lift moves from fabrication to installation sites under one single contract that clearly governs all modes of transport. The purpose-designed legal framework ensures the best possible contractual clarity and one point of contact for the customer.

From the US to Brazil and Argentina

The scope of work included loading several out-of-gauge pieces —including a helideck, generator room and living quarters module— onto a barge at Ingleside, Texas, on December 5, 2017 and the subsequent transshipment from barge to the main ship, the BBC Spring, in the Port of Corpus Christi, from where the cargo sailed to Argentina on December 8.

Detailed planning and engineering provided by Panalpina’s marine chartering and transport engineering experts allowed Panalpina to further help the customer by loading a giant umbilical reel during a brief stopover at Vitoria, Brazil. This reel was transported to the ship by barge with a floating crane.

Once in Argentina, Panalpina performed the direct transshipment of the equipment onto the Norwegian offshore supply vessel Sophie Siem, and subsequently unloaded to the port floor and a hydraulic trailer. All the elements had been delivered by January 18, 2018.

“This operation was special for many reasons: the multinational scope and impact of the project, the kind of equipment moved, the distance from Texas to Patagonia and the remoteness of the destination, to name just a few. It was a pleasure to see our teams in Argentina, Brazil and the United States work hand in hand to coordinate and deliver this shipment, not only meeting our customer’s expectations for the original plan but also offering additional solutions,” says Juan Vilariño, head of Energy and Project Solutions, Panalpina Argentina and Uruguay.

Announced jointly by ENAP Sipetrol Argentina and YPF in 2016, PIAM will contribute to Argentina's energy supply. The project aims to substantially increase the production of natural gas and associated crude oil from the Magallanes Field located in the eastern mouth of the Strait of Magellan. Once completed, PIAM will increase the daily production of natural gas by more than 60% and of the associated crude oil production by 25% in that exploitation area.

Don't miss this video of PIAM's impressive infrastructure and surroundings. 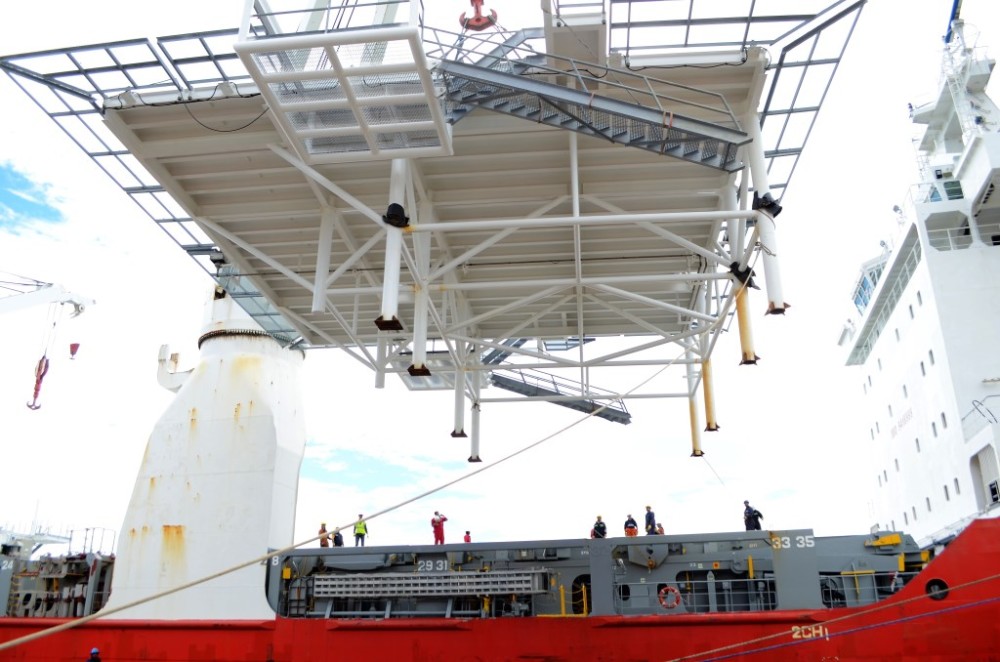 The landing pad of the helideck being unloaded. (Photo by Panalpina) 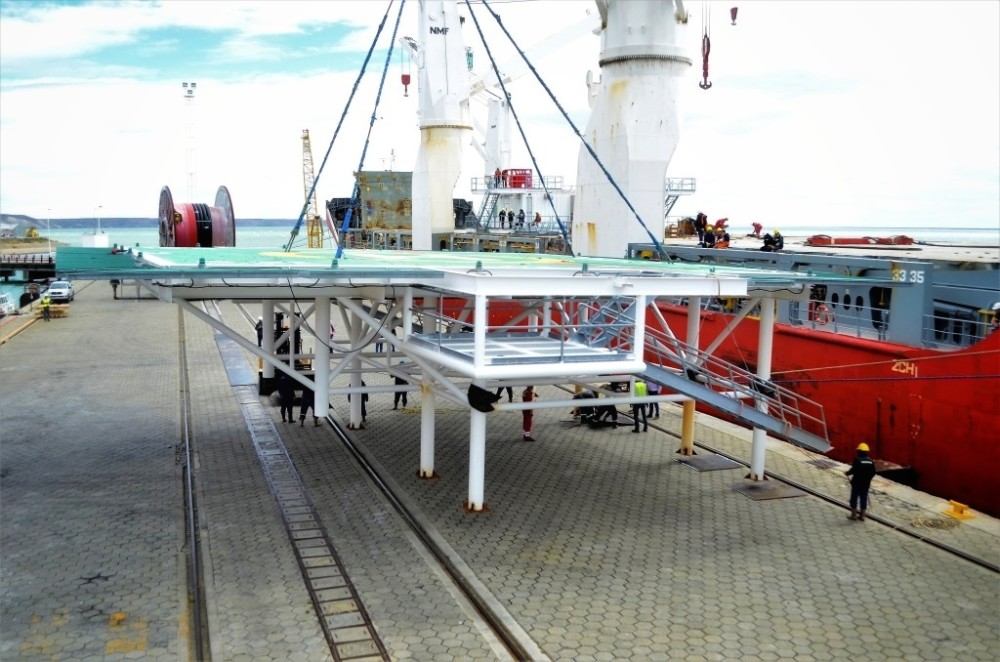 Helidecks are essential for offshore platforms. (Photo by Panalpina) 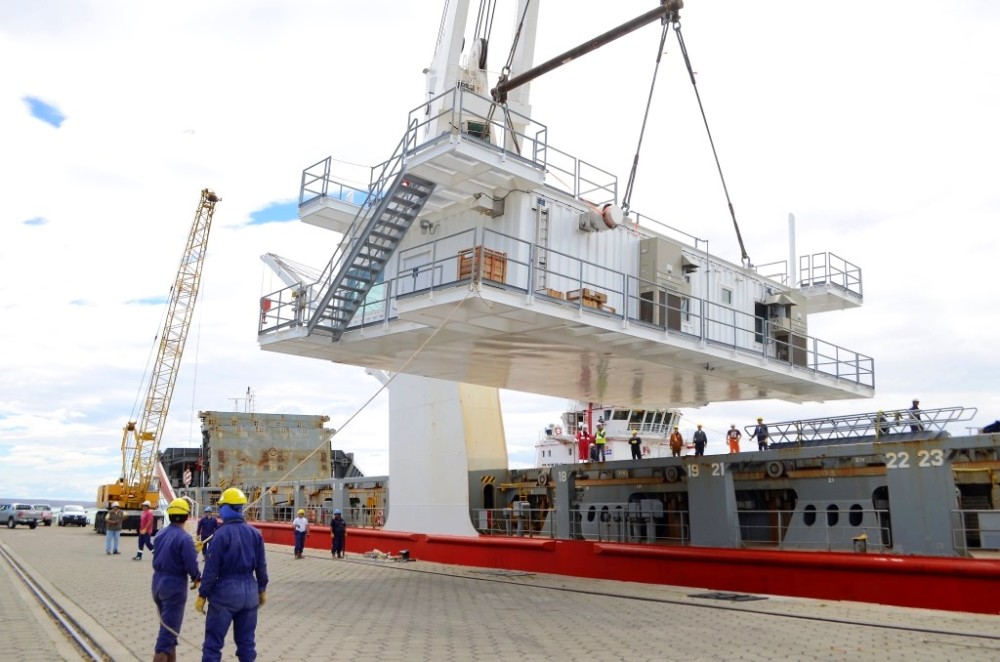 Another helideck module being unloaded. (Photo by Panalpina) 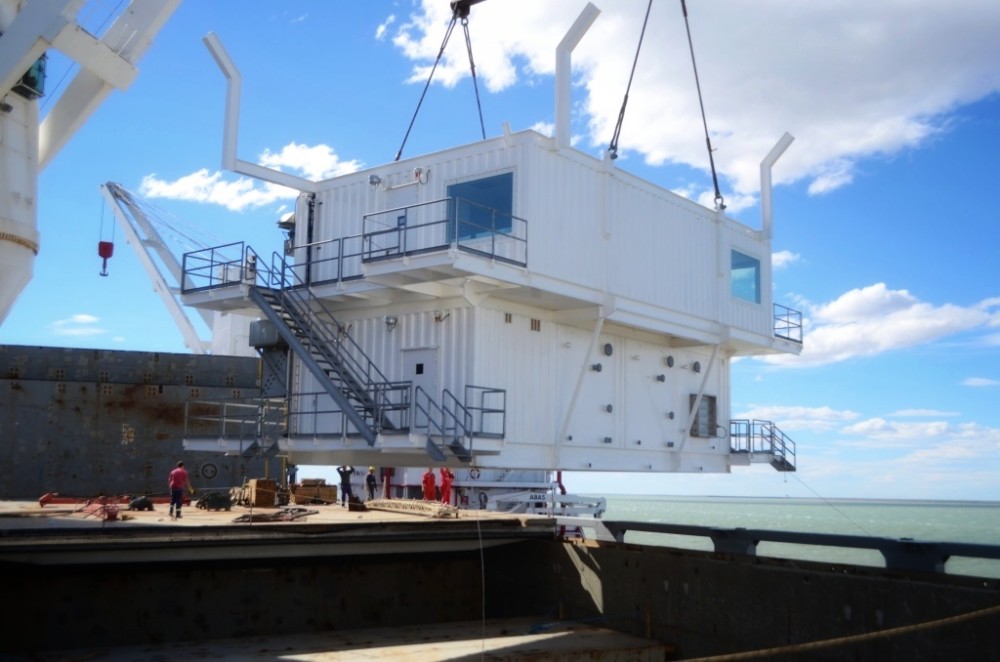 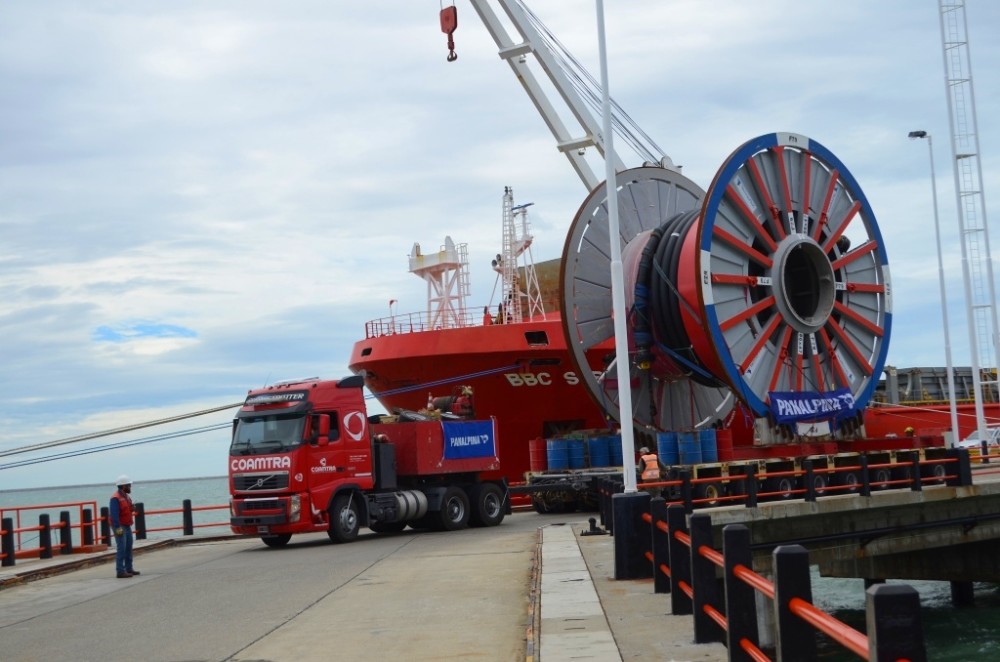 This giant umbilical reel was picked up during a clockwork stopover at Vitoria, Brazil. (Photo by Panalpina) 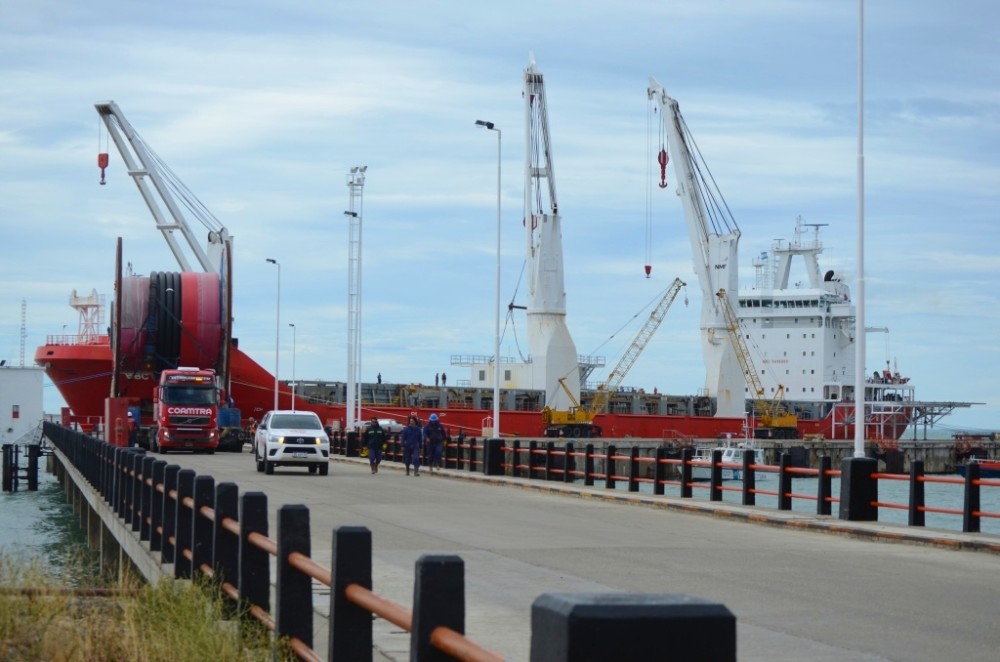 The reel was transported to the ship by barge with a floating crane. (Photo by Panalpina) 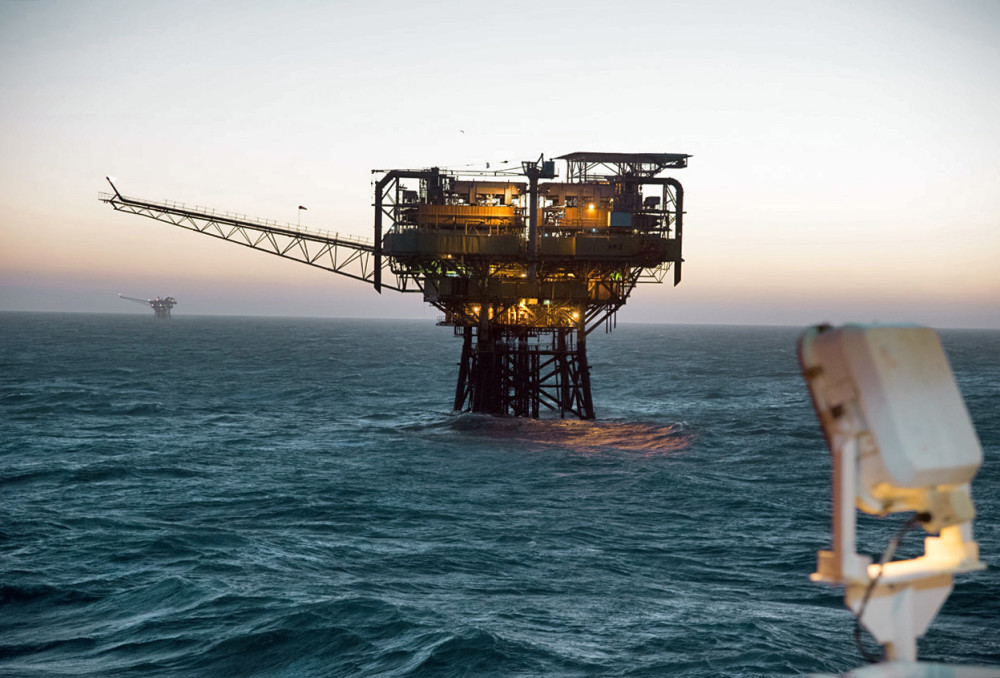 Panalpina has launched Panprojects Carrier. With the new carrier model Panalpina can oversee multimodal heavy-lift moves from fabrication to installation sites under one single contract that clearly governs all modes of transport. The legal framework reduces to an absolute minimum the commercial, technical and contractual risks that are inherent to the multimodal transport of project cargo.

Ship, grind and press – ceramics in the making

Panalpina Energy and Project Solutions executed another #MajorMove with two port-to-door shipments for one of Brazil’s leading ceramics makers. The move included ocean and overland transportation of an industrial mill and a hydraulic press from Genoa, Italy, to Paranaguá, one of the main gateways in southern Brazil, as well as the installation of both machines in Tijucas, Santa Catarina.

#IcarusTrip: neutrino hunter on the move

​Looking for one of the smallest particles – neutrinos – requires not only international cooperation but also quite a huge piece of scientific equipment. Panalpina recently helped to move one from CERN in Switzerland to Fermilab at the University of Chicago, where it arrived at the end of July 2017. It was a closely watched voyage.

Panalpina was recently contracted by Salini Impregilo (ISJV), a leading global construction firm, to transport the two main towers of a new rail bridge for Sydney Metro, Australia’s biggest public transport project. Transport for NSW, the authority that manages the transport services in the state of New South Wales, Australia and owns the project, tasked ISJV to build the bridge.

Panalpina brings to the market another industry first with the Less than Container Load (LCL) Ocean Freight hub in Cartagena, Colombia, which connects services in Europe, Asia and Latin America with Central America and the Caribbean. Operated entirely by Panalpina, this new development offers customers more than 30 new LCL services, reduced transit times and greater coverage.

How do you deliver a helicopter?

Interview with Juerg Boschung, head of Heliship at Panalpina, on how to ship a helicopter.