No Yes
One fourth of the world’s bottles are filled on lines containing ETP Technology inside.

One fourth of the world’s bottles...

...are filled on lines containing ETP Technology inside.

Most of us probably don’t think too much about how that bottle of celebratory bubbly or interesting new microbrew actually came to be outside of the fermentation process itself, but a lot goes into keeping the beverage industry flowing. Automation of bottling is critical to keeping us all well hydrated.

Everything from beer to ketchup, sparkling wine to perfume, and water to soft drinks, come off automated production lines. Machinery includes anything from filling, labeling, and packing bottles and cans, to then taking back plastic bottles (PET) and processing them for reuse.

How to improve productivity in a rotary PET bottle stretch blow mould machine?

Production of PET bottles is a highly competitive business and the bottle quality has to be excellent. Would the consumer trust the bottled content if the bottle was deficient? The stetch blow moulding machine is the first member in the production chain and the result must be perfect. If there are no bottles – nothing can be bottled, labelled, palletised and sold.

The filling and packaging technologymarket is strongly growing and the goal is to meet the demands of a global market for increased productivity through a maximum machine uptime and extensive automation.

The process
So called preforms of the bottles are inserted into the blow moulding machine via a conveying system. The machine consists of a linear heating module for preform heating and a blow-moulding module in which the heated preforms are blow-moulded into bottles. The preforms initially pass through the heater to achieve elasticity. Next step is the transfer of the preforms into the blow moulds. To fasten and center the transfer wheel ETP-EXPRESS is used. With the single screw design quick and easy mounting and adjustment is of course a key benefit. 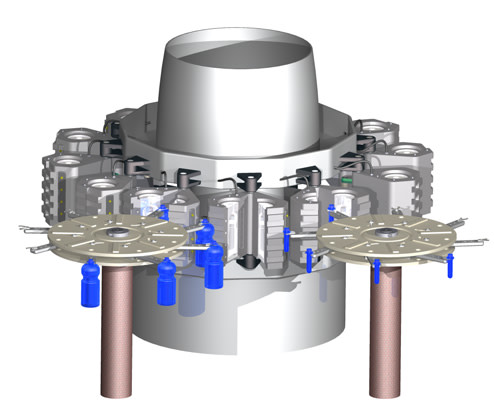 The components of the mould – the two halves and the base – are made largely of aluminium. This allow the mechanical speed potential of the machine to be considerably increased.Depending of machine type the number of individual blow moulds may vary, from 4 up to 36, thus the output of bottles can range from 8 000 up to 72 000 bottles per hour. 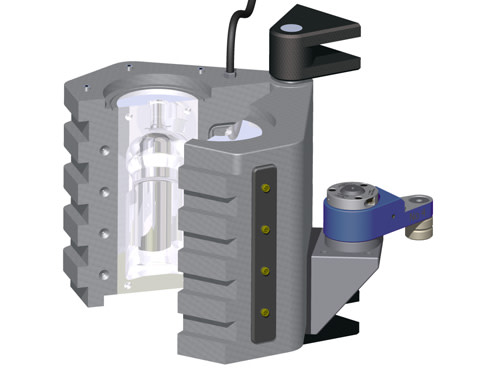 Stretch blow-moulding machines are often part of a larger production plant, for example a converter line for bottle manufacture or a filling and packagingline. Alongside are machines for filling,labelling, packing and palletising, often controlled via a intelligent conveying and control systems, which ensure a continuous and efficient poduction process.

Critical application area
The lever arm of the individual blow mould, for opening and closing of the mould, is a critical application area. In case of a stuck preform or bottle the mould should partially slip against the shaft to avoid further machine damage. Previously traditional mechanical clamping elements have been used leading to extensive downtime when readjusting the moulds. 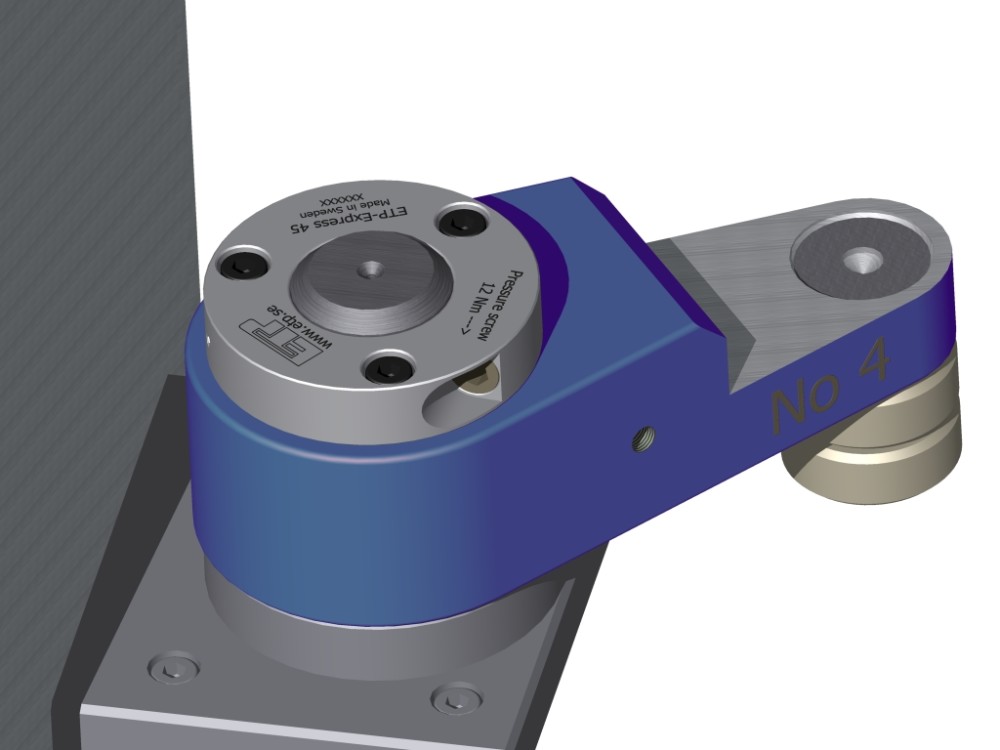 With the use of ETP-EXPRESS operators can quick and easily readjust the blow mould by the single screw feature. Depending on the tolerances and tightening torque a defined slip toque interval will be achieved, also after several slippages. Thus a maximized machine uptime and output can be reached.

Increasing demand
The worldwide market for PET packaging has now been marked by high growth rates for many years. Beverages such as mineral water and carbonated soft drinks make up the highest percentage of packed products, with the filling of juice,milk and beer in PET increasing more and more. All in all, one cannot place a high enough value on the importance of PET as a material for the food and beverage packaging of the future.The rotary blow mould machines are often recognized within the filling and packaging industry for their unmatched efficiency and ETP is poud to be a part of the design. 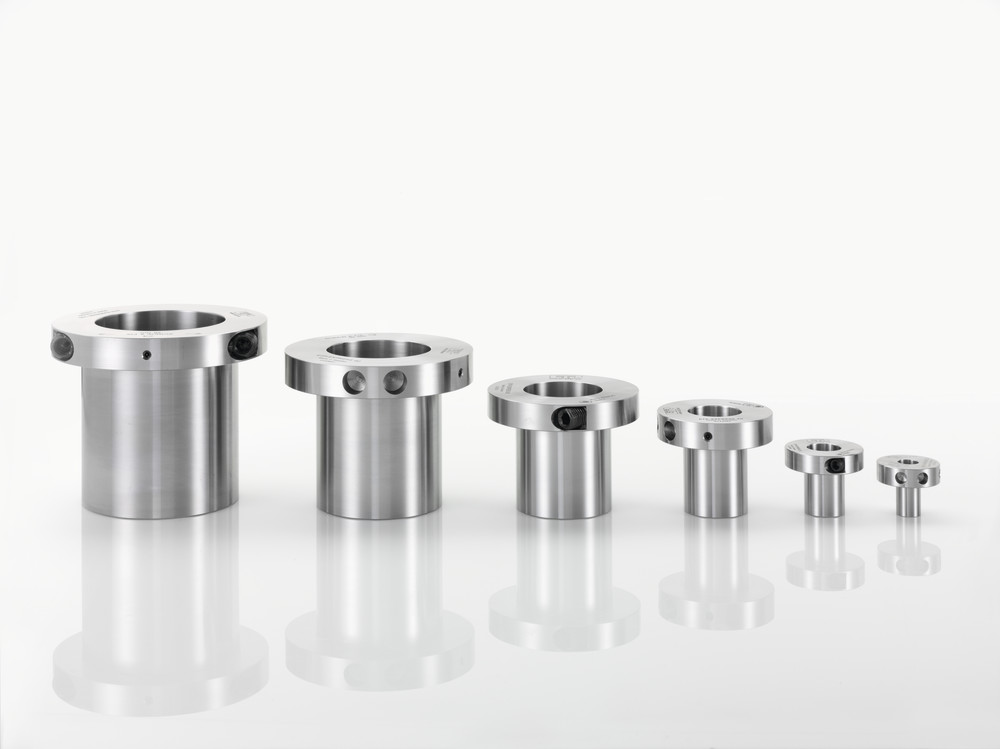 ​The evolution of Hub-Shaft connections

Coventry Engineering is a UK-based engineering firm specializing in the manufacture of bespoke tooling solutions. It has been using couplings and hydraulic connection components from ETP since 2012. Here, Paul Pickering, Operations Director at Coventry Engineering, explains how ETP’s expertise has helped them to provide reliable, flexible solutions to better serve their diverse customer base.

ETP Transmission AB, after being in business for more than 35 years, has successfully developed products for 3 business or application areas.

under the registered trademarks ETP® and ETP HYDRO-GRIP®.

Our business concept and all products are based upon the hydraulic principle. The ETP high precision
products offer quick assembly and disassembly. With other words, you can fit your tools or components quick, easy and precise and run at high speeds. Within a few seconds you achieve perfect centering and fastening, simply by tightening of only one screw. Saving you time and money.

We are a global company and our customers are the leaders within their segments. This is the way we likeit, working with companies that expect the absolute best from us. Your challenges drive us forward!