He’s back! Funcom pays tribute to Arnold Schwarzenegger’s breakthrough role in their anniversary-DLC for Conan Exiles, as they launch a prolonged Steam Free Weekend.

Links to video and key art at the bottom.

OSLO, Norway – May 8th, 2019 – Funcom will this week be releasing the sixth DLC for Conan Exiles, the studio’s bestselling title of all time. The DLC is named after The Riddle of Steel, central to the plot of the 1982 movie featuring Arnold Schwarzenegger as  Conan the Barbarian, and is part of the game’s one-year anniversary, which is also celebrated with a free update (containing two brand new dungeons) and a prolonged Steam Free Weekend (May 8th - May 12th).

“We thought we’d do something a little different for the anniversary,” explains Funcom CEO Rui Casais. “Although the game is based upon the world created by Robert E. Howard during the 1930s and the subsequent comics, the movies enjoy a huge cult following. Many of the Conan-fans today would probably never have heard of Howard’s work if it weren’t for Schwarzenegger’s breakthrough role as Conan the Barbarian. We therefore thought it would be a good idea to combine the anniversary of our bestselling game with a homage to Schwarzenegger, Thulsa Doom-actor James Earl Jones and their like,” he says.

Casais adds that a lot has happened to the game, which he likes to label as “Minecraft for adults”, since it was launched on May 8 th last year. A total of five DLCs have been released even before The Riddle of Steel, as well as a host of updates, bug-fixes and the like. “This makes me all the more pleased to announce the Steam Free Weekend, so that everyone can see what the game has evolved into for free,” the CEO says, adding that the Steam Free Weekend is in fact nearly a week long, as it will start already today.

The new DLC will contain several unique statues and figurines of Arnold Schwarzenegger as Conan, as well as iconic helmets from the first movie, commemorative warpaint and other decorative items.  The Riddle of Steel is not part of the four core DLCs Funcom have planned for 2019 and will therefore not be included in the Year 2 Season Pass. Instead the studio has simultaneously released a free update, which includes two new dungeons, a total revamp of several locations, new NPCs and a new feat, “Witch Doctor”, allowing you to summon wights and skeletons to your side.

The Riddle of Steel will be available for PC for $ 6.99 (other regional prices may apply) later this week, and will follow on Xbox One and PlayStation 4 shortly after. 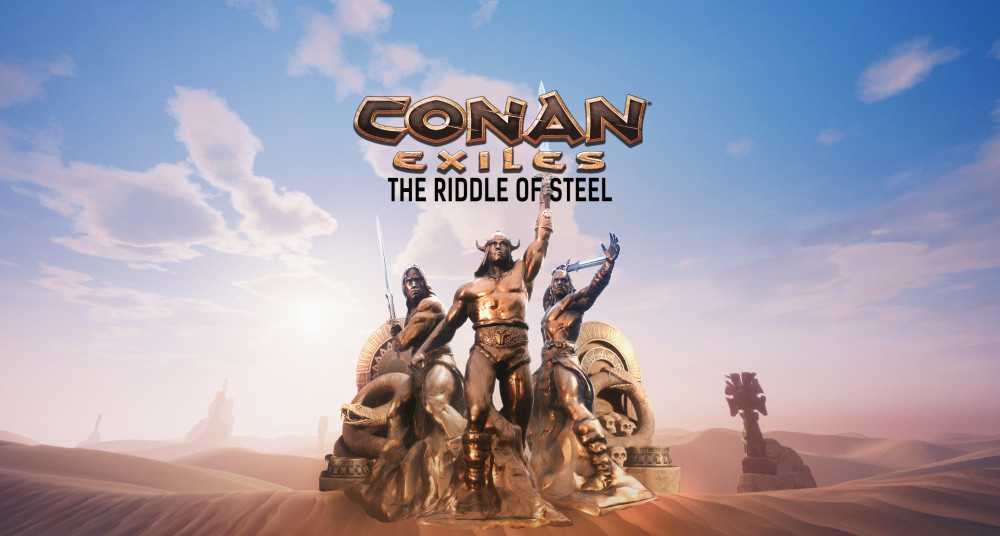 Fight with style: The Riddle of Steel features new cosmetic options that honor the cult classic Conan-movies from the 1980s.

The Riddle of Steel

18 Statues and figurines of Arnold Schwarzenegger as Conan.

5 iconic helmets from the movie, of characters such as Thulsa Doom and Rexor.

5 unique placeables from the movie, such as King Conan’s Lion Throne.

6 statues and figurines of Valeria from the movie Conan the Barbarian.

6 statues and figurines of Subotai the Hyrkanian archer.

3 decorative warpaints from the movie.

New items, both lootable and craftable. 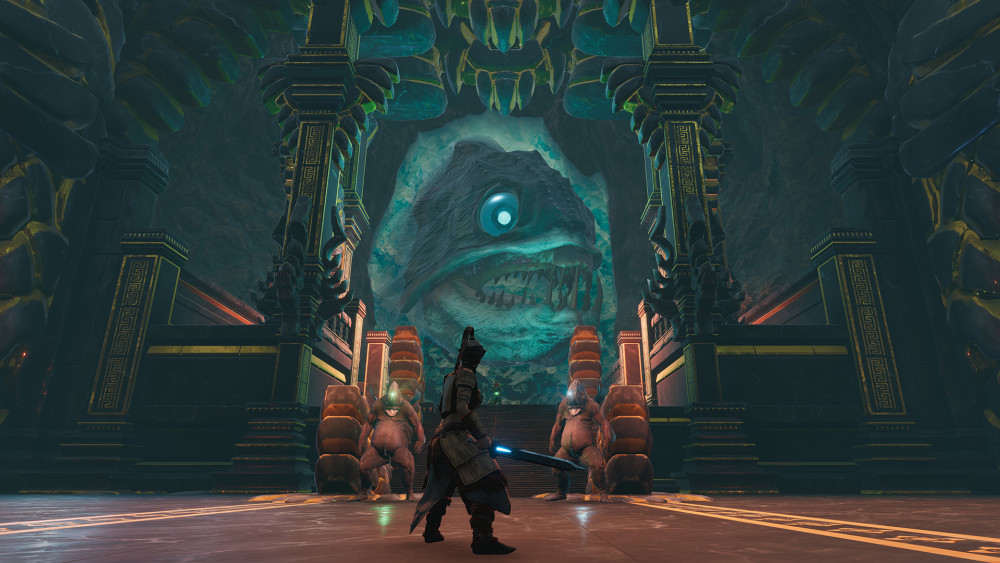 New dungeons: This image is from The Sunken City, one of two new dungeons in the new free update for Conan Exiles.

For more information about the anniversary-update, check out the official blog.

Conan Exiles is an open world survival game set in the savage lands of Conan the Barbarian. After a successful Early Access run starting in January 2017, the game launched in full on PC, Xbox One, and PlayStation 4 on May 8th 2018 and became one of Funcom’s best-selling and fastest-selling games to date. For more information about the Conan Exiles, visit www.conanexiles.com.

ABOUT FUNCOM - Funcom is an independent developer and publisher of online games for PC and consoles. Funcom has provided outstanding entertainment since 1993 and continues to expand its track-record of more than twenty released games. Titles include ‘Conan Exiles‘, ‘Secret World Legends, ‘Age of Conan: Hyborian Adventures’, ‘The Longest Journey', 'Anarchy Online', 'The Park', and 'Dreamfall: The Longest Journey'. For corporate information please visit www.funcom.com. For information about Funcom games visit www.conanexiles.com, www.secretworldlegends.com, www.anarchy-online.com, www.dreamfall.com, www.theparkgame.com, www.conanexiles.com, or www.ageofconan.com. Funcom is listed on the Oslo Stock Exchange under the ticker FUNCOM.

ABOUT CABINET - The Cabinet group consists of Cabinet Entertainment, a tv/film financing and production company, as well as Cabinet Licensing, a consumer products division which manages and develops global entertainment franchises in all forms of media, including motion picture, television, and the gaming, publishing and toy/collectibles industries. Our portfolio consists of well-known brands such as Conan the Barbarian, Kull of Atlantis, Solomon Kane, Mutant Chronicles, Mutant: Year Zero, and Kult.