We’ve got a new look!

It’s been 12 years since we last updated our logo and a lot has changed during that time. We’ve celebrated successes and we’ve endured failures. We’ve grown bigger and we’ve become smaller. Our ambitions have changed and so have we. Yet our visual identity has remained unchanged for those 12 years and we knew it was time to update that and make sure our logo, our website, our look reflects who we are today.

In the 24 years we’ve been making games, our logo has gone through many changes:

It shouldn’t come as much of a surprise that as a Norway-based development studio we chose to incorporate our Viking heritage into our first logos back in 1993 when it all first began. We started out as guns for hire, making games for the big studios to fund our own crazy ideas. Not many people are aware of it today, but we cranked out classics such as Casper for the original PlayStation, DragonHeart for the SEGA Saturn, and NBA Hang Time for the SNES, among others. All in all, we’ve made over 25 games – many of those on the classic consoles.

Later in the nineties things began to change and we started following our own ambitions and our own dream projects. Not long after we changed our logo in 1996 we began developing one of our most well-known titles of all time: The Longest Journey. A true labor of love, when it finally released in 1999 it quickly became an adventure classic. We later made more of our own, original games, such as No Escape (2000) and finally the sci-fi MMO Anarchy Online (2001). With Anarchy Online we changed the face of MMOs, pioneering many of the mechanics and business models which today are commonplace in the genre. 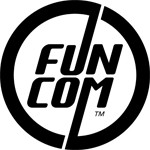 In 2005, the studio went through a tectonic shift. Funcom became listed on the Oslo Stock Exchange and as a publicly traded company we launched a whole new logo and brand identity. By then we were already busy working on Age of Conan which became one of the best-selling PC games of 2008. A few years later we released The Secret World (2012), our third MMO. Even though it garnered widespread acclaim among gamers and created a strong and passionate community, it didn’t achieve the commercial success we hoped for. The company went through a sudden, dramatic change as it went from being a 500-strong company to becoming a studio of less than 150 people who now had a very challenging journey ahead of them. 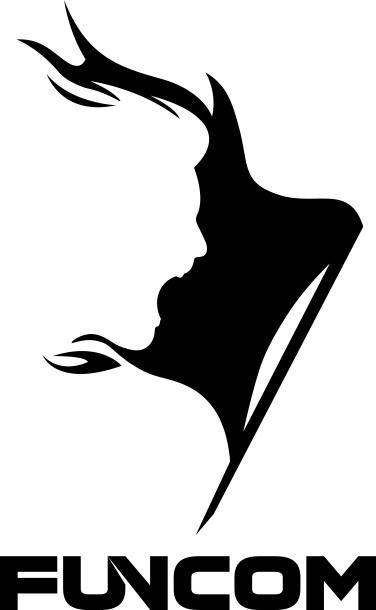 Fast-forward to 2017 and we’ve made it through the storm. At the start of the year we released Conan Exiles into Early Access which quickly became a big hit, saved the company and gave us a new and exciting lease on life. There is still work left to be done on the game and we’re hard at work fixing bugs and getting it ready for full release. We also successfully relaunched The Secret World as Secret World Legends and the game has already exceeded our expectations. We’ve gone through major changes in the past year: we’ve changed our strategy and our company structure, and we’re doing important changes to our core culture and processes to create a sustainable future for Funcom.

Internally we like to call it the new Funcom. We’re not done yet, we still have work left to do, but we’re getting there. Embracing a new logo, website, and look reflects the journey we’ve made and how we identify ourselves today.

So, what does the logo represent?

The flag stands for tradition: our identity and our history. It is set ablaze, fueled by the passion for what we do. It is also weathered and torn; the result of battles fought and survived.

The face represents who we are today: ambitious and determined, ready to fight for our creative vision, always moving forward – with fervor and a touch of battle-frenzy.

We’ve been around for 24 years and we’re not planning on stopping anytime soon. We’re always improving, we’re always changing, and we’re excited about the future.

We’re ready to face it all.