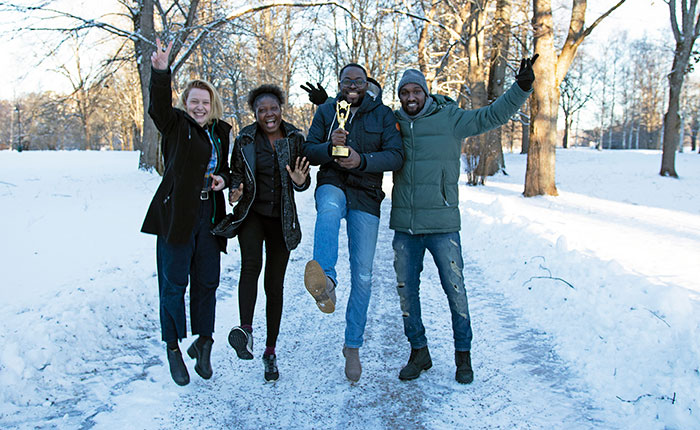 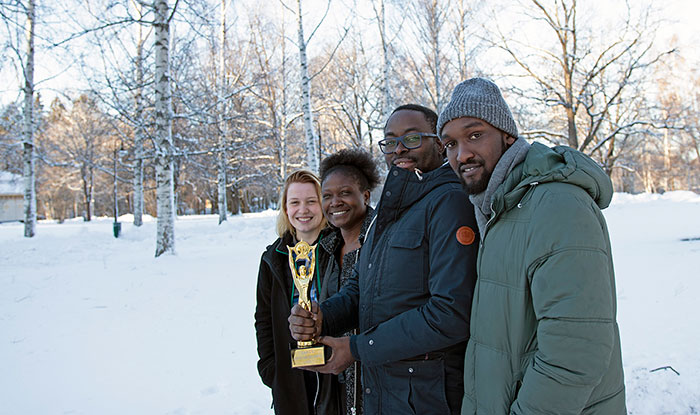 Wants to bring about change

Michael Asonganyi is a Norwegian citizen, born in Cameroon, who now studies his final year at the programme “Bachelor of Science in Social Work - Specialization International Social Work” at the University of Gävle. In addition, he runs the film production company Fokus81 with the aim to raise awareness about the effects of social exclusion and, in this way, to bring about change.

He tells us that in his first year of the programme, there was a course about the issues a social worker might face and the ensuing discussions inspired him to make what was later to become the film “Konte.”

“I asked my classmates if they would be interested in acting in a short film and Johanna, Delight and Jamine became the main actors, but the whole class participated,” Michael Asonganyi says. 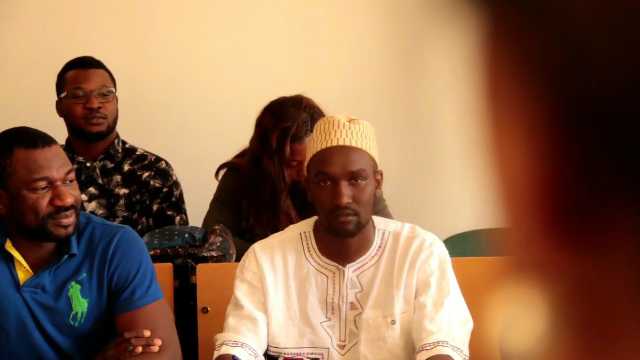 Michael describes Konte as a young man who escaped from Somalia because of the war and ended up in an asylum centre in Sweden. To Konte, the traditions of the home country are important and in Somalia female genital mutilation is still practiced in certain ethnic groups, despite the fact that is illegal.

Konte meets Samantha, born in Sweden to Somali parents, who is very lonely after her parents’ divorce. Konte says that circumcision is part of his tradition and demands that Samantha undergoes the procedure, but a female social worker puts pressure on him concerning what he really knows about it.

“Konte still believes in it, but he has never witnessed it, and this is very important to me. I want this tradition to be questioned, that young people through love question their parents, and that is why I made the film,” Michael Asonganyi says. 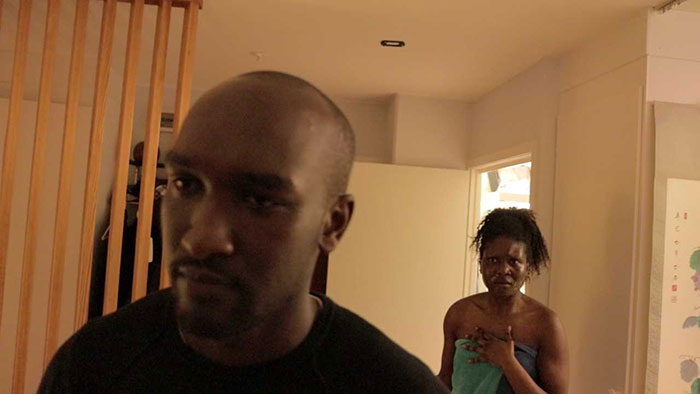 “It is amazing that we have created a film together that I too could relate to,” Jamine Kipruto says. He plays Konte.

“It is so important to tell the story that there are people who were born here, but who do not feel that they belong, who are rootless. And it is also important to start talking about female genital mutilation; it is not easy to break traditions, but talking about them is a start,” Delight Yengo says. She plays Samantha.

A programme that impresses

Michael Asonganyi is very impressed with the programme and with the students; the 32 students’ completely different backgrounds enrich the programme. The other three students are very positive about the idea of a programme on international social work too; the programme becomes so much stronger when the students come from all over the world and when you bring up global perspectives on different social issues, they say.

“I am very happy that I chose Sweden and I really hope that the programme continues,” Johanna Rostek from Germany says.

Johanna would like to continue with her Master's degree, but she would like to discover another country; she is thinking about Asia and, above all, India.

“The idea of international social work is good. We have a different view of social workers than in Sweden, and it is always very rewarding when people from different countries discuss their different views. I think it is an amazing programme,” Jamine Kipruto says. He is from Kenya and now plans to continue his studies in Lund.

“I am stuck here in Gävle,” Michael Asonganyi says and laughs. He would like to give a voice to the oppressed in his films, and says that Gävle has given him the opportunity to meet movie makers who believe in him. But he is also thinking about a Master's degree in social work with children.

“I am now working on my next film which is about physical and psychological scars. It is especially about the scars that refuges carry with them from their journeys, but there is also a general approach; we all have our scars,” Michael Asonganyi says.

Michael has shown his film about Konte at the City Library in Gävle and to the Governor in the county, and he says that he would like to come and show it in schools if they contact him.

Michael Asonganyi would like to give special thanks to the non-profit organisation Kultura and especially to Israel Benavides.

“They believed in me and now we are working on my next film. If you who are reading this would like to participate and help out with the film, you can contact me,” Michael Asonganyi concludes.