At the annual general meeting in June ManoMotion appointed the Board of Directors.

Co-founder and CEO of Mycronic AB (NASDAQ Stockholm, Mid Cap), a capital equipment company serving the electronics industry until 2009. From 2010 co-founded and worked from board positions and as an advisor with a number of SME high tech companies during the early phase with a focus on developing the strategy and a global business. Member of the Royal Academy of Engineering Sciences (IVA).

Haibo Li is a full professor of media technology and Artificial Intelligence at KTH Royal Institute of Technology. He is a co-founder and the Chief Scientist Officer of Manomotion AB.

Lawyer and I/O psychologist. Joakim has a background as partner at Roschier Attorneys, a senior legal counsel at Danske Bank and an associate at Mannheimer Swartling. He currently works as a board professional, executive coach and angel investor.

ManoMotion is the leading company in hand tracking and gesture analysis in 3D-space by using a standard RGB camera and proprietary AI based software package that can run on any smart device. ManoMotion brings unparalleled intuition in human-computer interactions (HCI), refined through 10 years of research and development in gesture technology. AR/VR-glasses as well as AR software in smart phones and other gadgets is seeking true 3D gesture control for innovative applications, a huge market space where Manomotion is leading the development.

Prior to publication, it must be approved by ManoMotion AB. 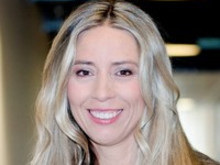 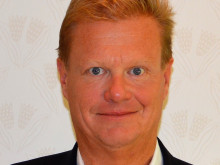