The partnership is directed towards a target of deploying the first large scale RoboTaxi pilots in Europe by the end of 2020, demonstrating and evaluating technology and design of a revolutionary world-first new vehicle type that will shape mobility for a more sustainable future.

The vehicle is currently being developed by NEVS in Trollhättan, Sweden, inspired by the “InMotion” concept that was shown at the CES Asia, in 2017.

“AutoX enables companies like NEVS to become autonomous by creating an A.I. driver which is tailored to the specific geolocation it is in; adopting local driving styles, while also navigating in urban and dynamic conditions. We are proud to start deploying our technology together with a global OEM that really takes the mobility revolution seriously”, says Jianxiong Xiao (a.k.a. Professor X), founder and CEO of AutoX.

He refers to the vehicle design that not only provides zero emissions, but also promotes an enormous increase in utilization rates (24/7 mobility services), hence reducing the number of vehicles in the street for a given mobility need. The holistic sustainability approach, addressing air pollution, climate change, congestion and also improved accessibility for the global population is what characterizes NEVS vision”, Jianxiong Xiao adds.

“Already at our first meeting in Silicon Valley, we were not only impressed by the performance and maturity of AutoX’s AD stack, but also saw a perfect partner in terms of approaching the market and shared corporate values”, says Stefan Tilk, CEO of NEVS.

“AutoX’s vision to empower the world with AI drivers enabling universal access to transportation of people and goods, safely and efficiently, makes them go truly hand in hand with our view on the future we want to create”, he adds.

For AutoX, the partnership follows an important milestone of becoming the second company in the world to be permitted by the California Public Utilities Commission to operate a RoboTaxi pilot program and launching their service xTaxi immediately thereafter.

The partnership will immediately intensify the collaboration between the two companies, as rigorous testing of the technology integrated in NEVS vehicles will start already in the third quarter of 2019. Slightly more than a year later, the collaboration intends to hit public roads in Europe, in conjunction with a pilot launch of NEVS’ upcoming driverless vehicle platform. The partnership’s ultimate goal is to deploy a large fleet of robotaxi’s across the globe.

About AutoX
AutoX was founded in 2016 by Jianxiong Xiao (a.k.a. Professor X) and the team consists of top scientists from MIT, CMU, Stanford, UC Berkeley, Harvard, as well as a team of experienced engineers. AutoX's multi-sensor fusion system enables robust self-driving performance for the most challenging scenarios in urban driving. Its xUrban system is the first AI system in the world that could handle China’s metropolitan downtown driving scenarios. Partnered with multiple major automakers of the world, AutoX is on a path to build the world's most experienced AI driver to enable mobility and logistics companies to enjoy the benefit of the most reliable self-driving technology. 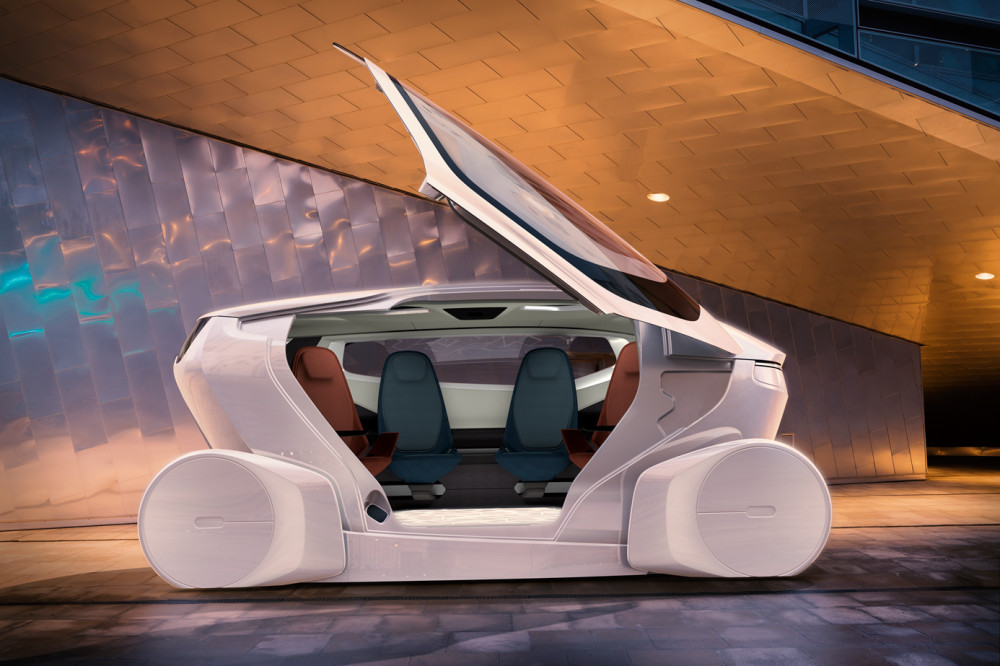 About NEVS
Founded in 2012 after acquiring the assets of Saab Automobile AB, NEVS seeks to shape mobility for a more sustainable future through a global portfolio of fully electric premium vehicles, mobility solutions, and sustainable city offerings. NEVS’ head office and main research and development facilities are located in Trollhättan, Sweden, with about 700 employees.

NEVS has growing operations in China. The company´s first plant in Tianjin was finalized 2018. During 2019, a new plant in Shanghai is under construction, scheduled for production of EV cars next year. A third plant in China, Guangzhou, is also under construction.

NEVS was the first joint venture company with investors from outside China that was granted a New Energy Passenger Vehicle Project investment approval by the Chinese government. By the end of 2018, NEVS was granted the certificate to manufacture and sell cars from the plant in Tianjin.

NEVS is not only focusing on electrical vehicles. NEVS also plans to deploy autonomous vehicles in the early 2020s, both in the EU and China.

In January 2019, it was announced that Evergrande Health had acquired 51% of the shares in NEVS AB to become a global leader in new energy smart travel ecology. The founder and chairman of NEVS, Kai Johan Jiang, with his company, NE Holding, will have 49 % of the shares.

Since then, Evergrande has announced that the company aims to be the world leader when it comes to electric cars. To realize that, a number of acquisitions and cooperation agreements have therefore been signed during the first half of 2019. Among other things, Evergrande has acquired the battery manufacturer CENAT, the wheel motor companies e-Traction and Protean Electric, 20% of the shares in the luxury car manufacturer Koenigsegg. NEVS has also 65% in a Joint Venture with Koenigsegg, aiming
at jointly develop and manufacture luxury cars in a new segment.

NEVS is an abbreviation of National Electric Vehicle Sweden.

NEVS was founded in 2012 with a unique combination of Swedish engineering heritage and Chinese entrepreneurship from the green energy sector. Our vision of shaping mobility to create a more sustainable future is our north star, guiding everything we do. Our business is aimed at individuals looking for smarter, greener transport choices and cities developing more efficient infrastructures. With our sustainable mobility solutions, we’re offering the freedom to make positive choices and enhance life quality. For more information, please visit www.nevs.com