A 3D image says more than a thousand words

Oral and maxillofacial surgeon Antero Salo believes in the power of CBCT imaging not only in diagnostics but also when it comes to patient communication. Once the patient is shown what will be done, they will more likely understand their diagnosis, trust their doctor and commit to treatment.

The founder of the Finnish Qmedical dental clinic, oral and maxillofacial surgeon Antero Salo has been working in the field of dental implant treatment and occlusal rehabilitation for over 20 years now.

“A classmate of mine in primary school once told me to never become a surgeon. This was during an arts and crafts class – I have no idea what he based his opinion upon,” Anteri Salo says, laughing. ”That being said, I’ve always been interested in medicine and more complex issues, so I chose surgery alongside dentistry. I also enjoy working with people, and somehow this profession was a clear choice from the beginning. I’ve always said that jobs that require you to wear a tie are not my thing. Ties make me physically uncomfortable.”

The right combination of analytic thinking and compassion

Salo says that thinking like an engineer can be an advantage in the surgeon’s profession. ”You need to have processes, because the same things are repeated over and over again. The process needs to work, otherwise you will make mistakes. But obviously a human touch is needed, too. We work really hard, but we always make sure there is time to chat with the patients, too.”

Salo feels entitled because as an entrepreneur, he has been able to influence his own working conditions and to hire the employees of his choice. At Qmedical, he works in close cooperation with two nurses. ”I also keep our X-ray nurse very busy. We make a great team, and I get to concentrate on my own thing while the nurses take care of everything else.”

The first Planmeca Viso™ user in the world

Dental implant surgery and prosthodontics have been the clinic’s core competencies since the beginning. ”Naturally the accompanying services, such as imaging and sedation, have also been our specialty, and our premises have been designed accordingly.”

In addition to Planmeca’s dental care units, Qmedical is equipped with both Planmeca Viso™ G7 and Planmeca Viso™ G5 CBCT units. In fact, Salo is the first Viso user in the whole world. ”For years, we have been participating in clinical imaging trials conducted by Planmeca. We have been among the first to try out new technology.”

Salo thinks that the cooperation between clinicians and equipment manufacturers is something to be proud of. ”There’s such a positive vibe to this cooperation. Planmeca takes genuine pride in their product know-how, and that’s just a great thing to watch,” Salo says.

According to Salo, the best part about the Planmeca Viso imaging unit is its excellent image quality and the low patient doses enabled by the unit. ”These are the things that truly matter. We use the Planmeca Ultra Low Dose™ protocol, and with the huge leaps made in imaging technology, the risks associated with radiation exposure have diminished considerably, especially compared to when we first started CBCT imaging around 15 years ago. Nowadays, we can often make an imaging decision based on the indication – not the amount of radiation.”

Patients rarely notice the technological equipment used during dental procedures, but Salo says that 3D X-ray images are an exception. Patients are usually fascinated by them, and they also make an effective communication tool. For example, a dental implant procedure becomes much more concrete and understandable when visualised three-dimensionally.

”Until now, the patient has just had to take the doctor’s word for it, but now we can prove what has been planned and what has actually been done. Once the patient understands what needs to be treated, they are first of all more likely to commit to the treatment, and second of all, visualising the problem means that a shorter doctor-patient conversation might be sufficient. You can try to explain the treatment or even draw it, but the patient might still not understand.”

Salo feels that this is a less talked about aspect of CBCT imaging. “A 3D image is an important communication tool. Not just between doctor and patient, but also between colleagues.”

Software at the heart of everything

Salo has been more than happy with the Planmeca Romexis® software which he uses side by side with Planmeca’s imaging solutions. ”One of the best parts of Romexis is that you can do so many things with it. We don’t need to go back and forth between seven different software platforms. It’s a very versatile software, and it is constantly being developed and updated. That’s very important since no software is ever ready.”

Salo appreciates especially the software’s open architecture. ”There are many equipment manufacturers in the world, but having your own software and an open one at that – now that’s really something. The era of closed systems is soon going to be over,” he states. 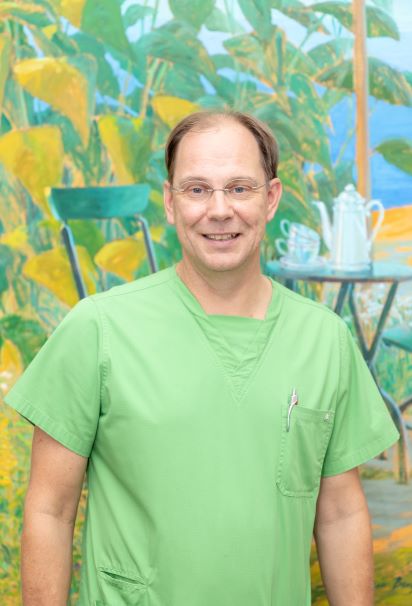 "There are many equipment manufacturers in the world, but having your own software and an open one at that – now that’s really something."