In a first for IBC, this ambitious demonstration of Red Bee Media’s end-to-end managed services capabilities across the entire content chain, will capture an Academy game from Leyton Orient FC Stadium in London, and deliver it with high-quality feeds on the Red Bee Media stand at IBC2019, in real-time.

This event will demonstrate Red Bee’s leadership in delivering live events and innovative managed media services by showcasing the breadth and range of its solutions under one of the most pressurized conditions in broadcasting and media, delivering live sports to multiple platforms, including Playout and OTT with ultra-low latency.

The live demonstration will comprise:

Join the Red Bee Media team at IBC and experience a cutting-edge delivery of live sports in 4K.

Prior to publication, it must be approved by Red Bee Media. 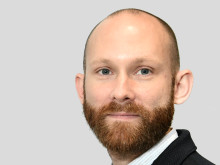