The Nordic major Svensk Filmindustri is re-branding to SF Studios.

Svensk Filmindustri has been synonymous with Swedish film since it was founded on December 27th 1919, making it one of the oldest film companies in the world.

Throughout the years the company has built up a library of film rights with over 1,800 Nordic titles. In addition to its own production and distribution, SF Studios is also a major distributor of foreign films in the Nordic market.

In 2012, SF Studios became part of Bonnier Growth Media, a business area within the Bonnier group. During this time, it has focused on reorganizing its operations to market demands, the new digital reality and the opportunities beyond the Nordic borders. This spring, for example, SF Studios launched SVOD-service SF Kids, aimed at families with kids.

- Re-branding Svensk Filmindustri to SF Studios is more than just cosmetics. Svensk Filmindustri is a complicated name to communicate outside the Nordics. In the US and Europe they simply call us “Svensk”, which just means “Swedish”. We are in fact a Nordic company with affiliations in Norway, Denmark and Finland. SF Studios reflects more of who we are, and is more important as we internationalize as a company” says Jonas Fors, CEO of SF Studios.

At present, SF Studios has a number of productions in post-production, both in the Nordics and internationally.

In Sweden, preparations are underway for the much anticipated remake of the classic novel The Emigrants, directed by Daniél Espinosa.

In addition a number of features from the other Nordic territories are at present in post- production; In Norway, Børning 2 – On Ice, the sequel to the 2014 box-office hit Børning, in Finland, the featureThe Happiest Day in the Life of Olli Mäki, a true story about the first Finn, Olli Mäki, to fight for a world boxing title (the film is participating in the Un Certain Regard competition section in Cannes); and in Denmark, the Second World War drama Across the Waters.

Moreover, SF Studios has acquired the original spec script Horizon Line written by Josh Campbell and Matt Stuecken to be directed by Babak Najafi. The film, a suspense thriller, follows a couple on a small airplane that loses its way over the Pacific Ocean. The film is set to go into production in the fall of 2016 and will soon start casting. Fredrik Wikström Nicastro will produce for SF Studios and Jonas Fors, CEO of the company will be Executive Producer.

SF Studios, founded in 1919, is one of the world’s oldest film companies and the leading film entity in the market for production, co-production, acquisition and distribution in the Nordic region and international sales of feature films and TV series. SF Studios is part of the leading Nordic media company Bonnier.

Prior to publication, it must be approved by SF Studios. 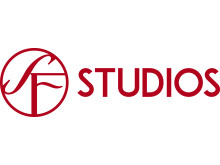