This deal marks the single largest acquisition in Nordisk Film’s 111-year history, and is part of its strategy of investing heavily in successful Nordic game studios. In April 2017, Nordisk Film acquired a minority ownership share in Avalanche Studios, which will now be complemented by a EUR 89 million acquisition of the remaining shares. Avalanche Studios, which was founded in 2003 by Christofer Sundberg and Linus Blomberg, is now valued at EUR 117 million.

– We have been minority owners of Avalanche Studios for a year, and are already impressed by their results, said Mikkel Weider, Managing Director at Nordisk Film Games. During its 15 years in business, Avalanche Studios has built a world-class team and created a unique company culture that perfectly matches our own values. It also has a unique foundational technology, exciting new titles in development and a strong IP in the theHunter franchise.

Avalanche Studios has established itself at the forefront of open world game development and creates games based on its proprietary technology called Apex – Avalanche Open World Engine. The studio currently employs more than 320 developers with offices in Stockholm and New York City. Just last week, a third studio, located in Malmö, Sweden, was announced.

Under Nordisk Film’s ownership, Avalanche Studios’ strategy will remain unaltered. It will continue as a creatively independent game studio, developing its own IP’s, as well as catering to third-party publishers and license holders. Following the deal, co-founders Christofer Sundberg and Linus Blomberg will remain at Avalanche Studios, focusing on the creative and technical aspects of its games development. The management team, with CEO Pim Holfve at the helm, will also continue unchanged.

– We have had a fantastic year with Nordisk Film as part of Avalanche Studios, commented Pim Holfve, CEO of Avalanche Studios. We’ve grown and matured at a pace which was previously not possible. Even though we’ll continue to operate as an independent studio, Nordisk Film will – with a century of experience from growing creative businesses – provide us with a more solid foundation. I could not be happier to have them on-board.

– This is a milestone in our 15 year long history, added Christofer Sundberg, Chief Creative Officer and co-founder of Avalanche Studios. We started from nothing and have built this incredible company, thanks to a team of exceptionally talented people. With Nordisk Film as the owner of the studio, we will expand our creative horizons. I look forward to continuing our long and successful relationships with the best publishers in our industry, as well as creating new games under our own Avalanche Studios publishing label.

– At Nordisk Film, we are determined to strengthen our position in the growing global gaming market, said Allan Mathson Hansen, CEO of Nordisk Film. We want to build a sizeable portfolio of game developers. Our engagement in Avalanche Studios proves that we are committed to substantial and long-term investments.

Avalanche Studios is the original creator of the award-winning Just Cause franchise (published by Square Enix), the developer of Mad Max (published by Warner Bros. Interactive Entertainment) and is currently working on Rage 2 (published by Bethesda Softworks), scheduled for release in 2019. As a publisher, Avalanche Studios has brought free-to-play service theHunter Classic to market and reached more than 7 million registered players across 190 countries. The theHunter franchise was expanded in 2017 to also include premium title theHunter: Call of the Wild, which was released for PC and subsequently console platforms. Avalanche Studios, which is based in Stockholm, New York City and Malmö, was founded in 2003 by Christofer Sundberg and Linus Blomberg. The studio develops games using its proprietary Apex technology, enabling huge open worlds filled with emergent gameplay. Learn more at www.avalanchestudios.com.

Founded in 1906, Nordisk Film is the leading producer and distributor of films in the Nordic countries and operates the largest cinema chains in Denmark and Norway. Nordisk Film has digital businesses within gift cards, ticketing services, computer games development and eSports and is the distributor of PlayStation in the Nordic and Baltic countries. Nordisk Film is part of Egmont – a leading media group in the Nordics with 6,600 employees and activities in 30 countries. These include Egmont Publishing, which publishes more than 700 magazines, TV 2 in Norway and several book publishers. Egmont is a commercial foundation that generates revenue amounting to EUR 1.6 billion and donate more than EUR 13 million a year to help improve the lives of children and young people. 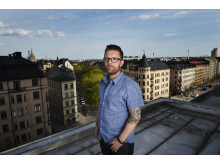 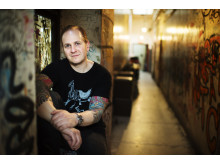 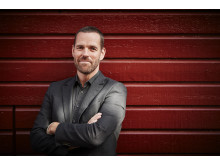 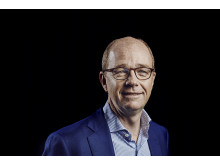 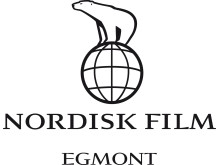