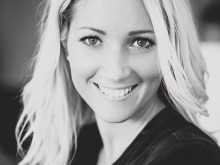 Boråstapeter launches Linen Second Edition. A collection of single coloured wallpapers with a continuous Linen texture to give rooms a still shimmer and a soft textile feel. Second Edition consists of 36 colour settings and is the sequel to Boråstapeter’s first Linen collection which, since its launch in 2015, adorns tens of thousands of walls worldwide.