Meet some of our computer aided engineering experts; Sofia Ore, Dag Thuvesen and Anders Werner. In this article they talk about how they were able to substantially shorten the lead time in the development process of the Lynk & Co 01. Find out why they say that their ratio of output versus resources is world-leading and what it is like to build a car in a virtual world.

Most companies in the western automotive industry shortened their lead time during early 2000 with the help of computer aided engineering, CAE. Entire prototype series, which was the critical path of vehicle development, were taken out and replaced entirely by virtual assessment and analysis. Some of the Chinese OEMs still have two to three prototype loops and thus still have not adopted the western way of only one or zero prototype series. This was true also for Geely prior to implementation of NPDS (new product development system). Compared with that we cut at least a year of development time when we developed the Lynk & Co 01.

“What stands out for CAE at CEVT and the Lynk & Co 01 is that we not only developed the car in a short time frame, we also built up the whole CAE organisation, including finding the right people to do the right type of work. This is something unique compared to other OEMs. With a motivated team you can reach the sky and beyond”, says Sofia Ore, Senior Manager Energy CAE at CEVT.

Together with Dag Thuvesen and Anders Werner, Sofia Ore is part of the CAE management at CEVT. We asked them to explain to us what they have done differently here at CEVT.

“The main challenge was actually getting up to speed quickly when CEVT started its operations back in 2013. It took only one month to set up the HPC,High Performance Computing, cluster and purchase software licenses to start operations. After one month we had 15 people working full time, which grew to more than 30 engineers before end of 2013. I think it is fair to say that the CAE department ramped up quicker than other departments, and this was an absolute enabler for the successful execution of the CMA project. Over the years since the start, it has been quite a challenge to manage to conduct Virtual Verification loops on releases that in some cases were far from complete or successful. It is very difficult to build a car in the real world without having all the parts. It is actually equally difficult in the virtual world, but we have become masters at that discipline”, says Anders Werner and continues: 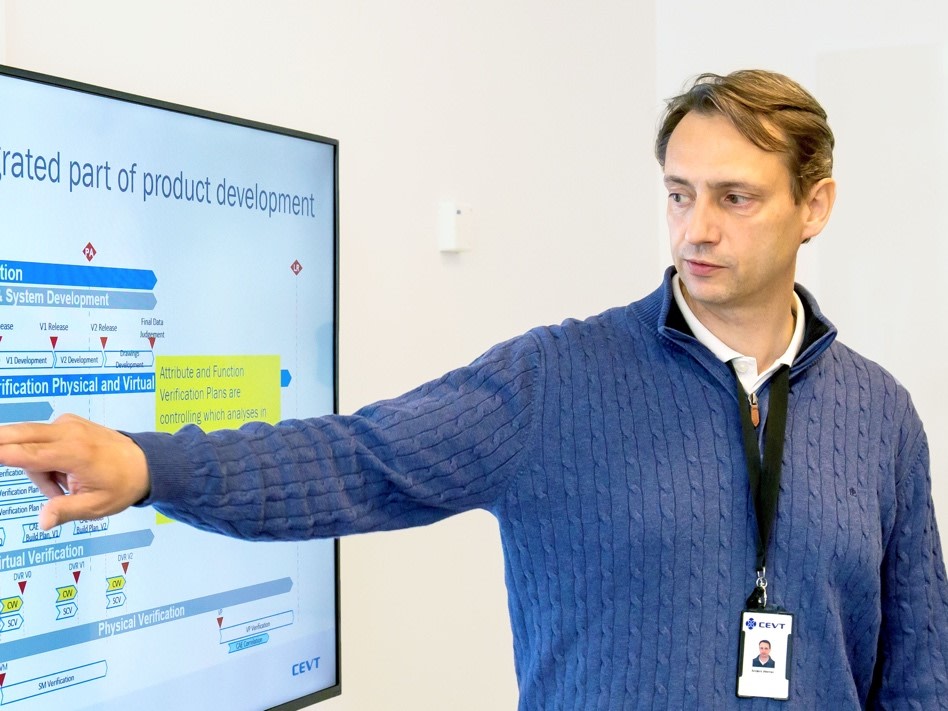 “The Lynk & Co 01 project did not have any prototype series but went directly to serial, hard tooling. Accomplishing this requires advanced, state-of-the-art CAE methods and engineers. Starting from scratch in 2013, it is a huge achievement to actually pull this off.One major contributor was obviously the availability of automotive know-how in the Gothenburg and Trollhättan region. Without that pool of talent, knowledge and experience it would certainly not have been possible. But, the biggest achievement overall has been how to make efficient use of the available resources. CEVT is not world leading in all CAE sub-disciplines, but there are some where we are close, and I think that the relatively small team has been able to make extremely good use of comparatively scarce resources – I would actually say that the ratio of output vs resources is definitely world leading. A key factor to this has been the Senior CAE managers, who are all extremely experienced and skilled in how to make the most out of the available resources. The drag number prediction and result in C-NCAP are just two examples of this”, he says.

“The main principle behind shortening development time is to remove entire prototype loops. A prototype loop has about 20 weeks tooling, four to six weeks build and another 20-26 weeks testing. A full loop thus takes about a year of development time. To earn some time, adjacent loops started prior to the previous one was finished, but that meant that feedback and learnings from the testing was not in time for next loop. With CAE, the tooling and build period has been cut to two to three weeks, for virtually built models, and testing period for virtual analyses it is down to another two to three weeks, meaning that we can get feedback from previous design release in time to influence the next release. Therefore, after each design release we start a Virtual Verification loop which ends in a full report of vehicle performance, which usually takes place six weeks after a design release. I.e. we are faster and more effective thanks to our brains and computers”. 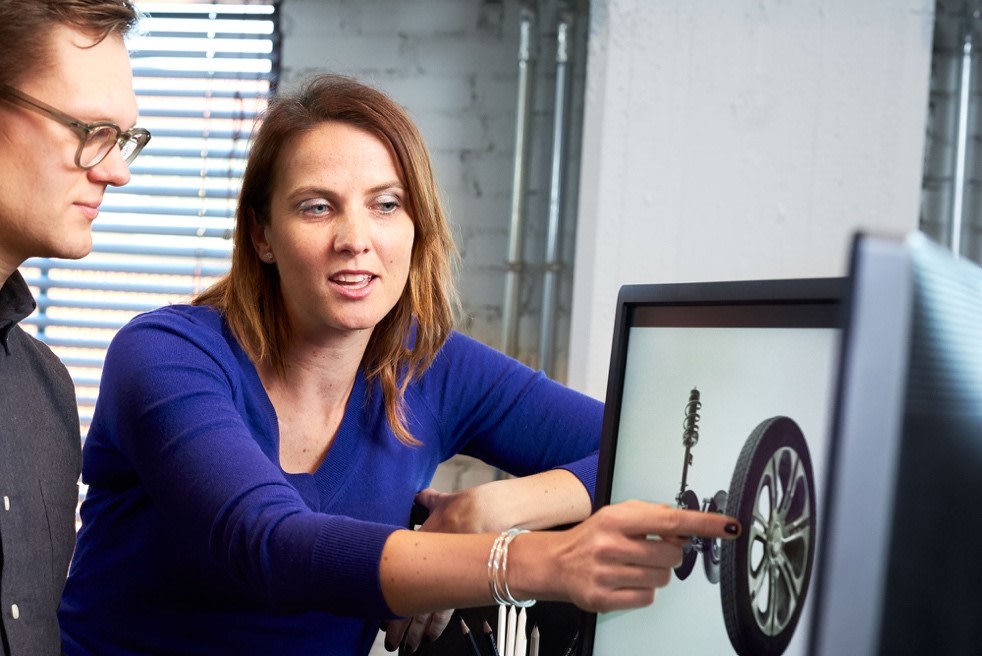 Dag Thuvesen, Senior Manager Safety CAE, continues and explains what tools they are using and what they are actually simulating:

“The investments and management of software licenses required to run a proper CAE department are substantial. In fact, the IT costs for CAE equal roughlyone third of CEVT’s IT budget, even though only one in twenty employees at CEVT is a CAE engineer. Most of the tools used are not commonly known outside of CAE. Our main “work horses” in CAE are software called Ansa, Nastran, Abaqus, LS-Dyna, Metapost, Fluent, GT-Suite and CarMaker. Most of the analyses are computationally heavy and have to be run on a HPC (High Performance Computing) cluster. I would also like to add the team and their knowledge as a very important tool as well. Some examples of what we are simulatingare; Road & Powertrain noise and vibrations, Aerodynamics, Contamination, Cooling performance, Fuel economy, Drivability and Performance, Antenna performance, High speed and low speed crash, Pedestrian protection, Door opening / closing, Durability and strength, Ride & Handling, Road & Powertrain Loads”.

They explain that during the tests it has been shown that the results from the simulations are in many cases spot on or extremely close, compared to test results, and that CAE often is able to give better insights into what is working well and less well. Thus, CAE primarily used as a development tool to continuously improve the design. Then at each design release, a Virtual Verification loop, where the role of CAE is more of a verification tool, i.e. virtual testing. A decade ago, CAE was primarily involved early in projects to give input to concept selection and target settings, but one thing that has changed most during recent years is that CAE stays in the projects to the very end, and is often the main tool to find solutions to issues detected in tests. 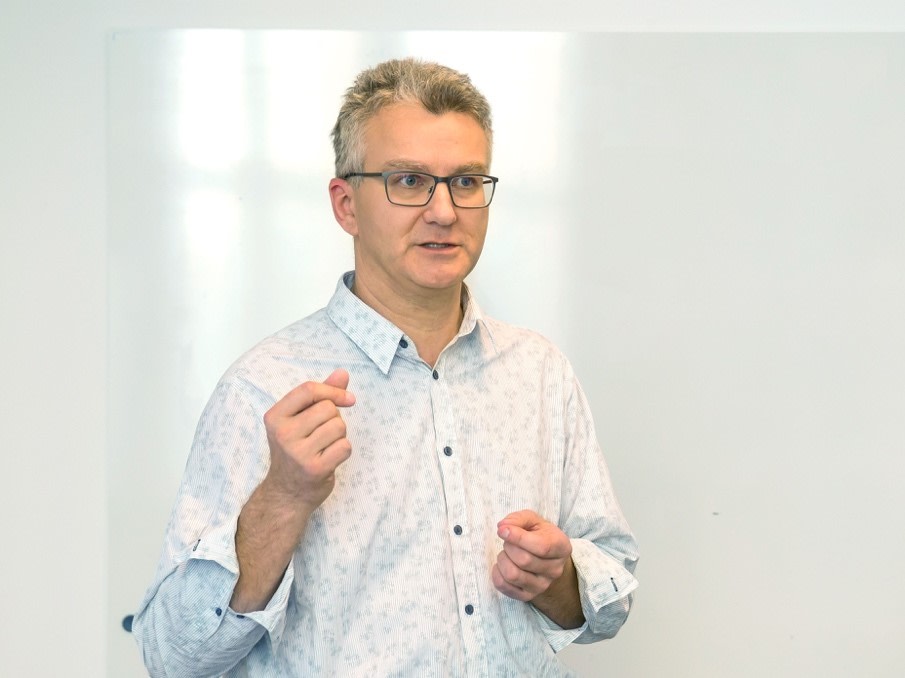 The most important thing they say going forward is to understand our customers and see what they want and need before they know it themselves. AI, machine learning and virtual verification are the crucial tools that are needed in order to get there. They say that we will continue to develop CAE methods for increased accuracy and efficiency.

“The people in the department and their dedication to achieving most output per invested SEK is the soul of the department and without their knowledge, spirit, talent, experience and motivation to build the best possible platforms and cars the CMA1 and 01 would not have been a reality” Dag Thuvesen concludes.