On the Vallelunga circuit in Italy, Jessica Bäckman faced difficulties such as time penalty and problems with the power steering, but still managed to reach her best start and race overall this season.
– I finished 6th overall in the competition of 20 international drivers, which I am pleased with. In addition, it was a very special competition to be a part of, Jessica Bäckman says.

This weekend, October 31st – November 3rd, FIA, the International Motor Sports Association, organized the Olympics in Motorsport; the big racing championship FIA Motorsport Games in Vallelunga, Italy. 20 talented drivers entered the 4 km technical circuit, with both fast and slow sections, an ultimate test for selecting the six winners of the competition in the six categories. For Sweden, Jessica Bäckman competed in the Touring Car Cup category and despite trouble during the practice and the first qualification of the competition, Jessica managed to finish on a sixth place in the second qualifying.
– The weather offered different conditions and it took me a while to find the grip on the track. During the second qualification I had problems with the power steering, but thanks to skilled mechanics I managed to reach a sixth place which gave me a good starting position for Sunday's race, Jessica Bäckman says. 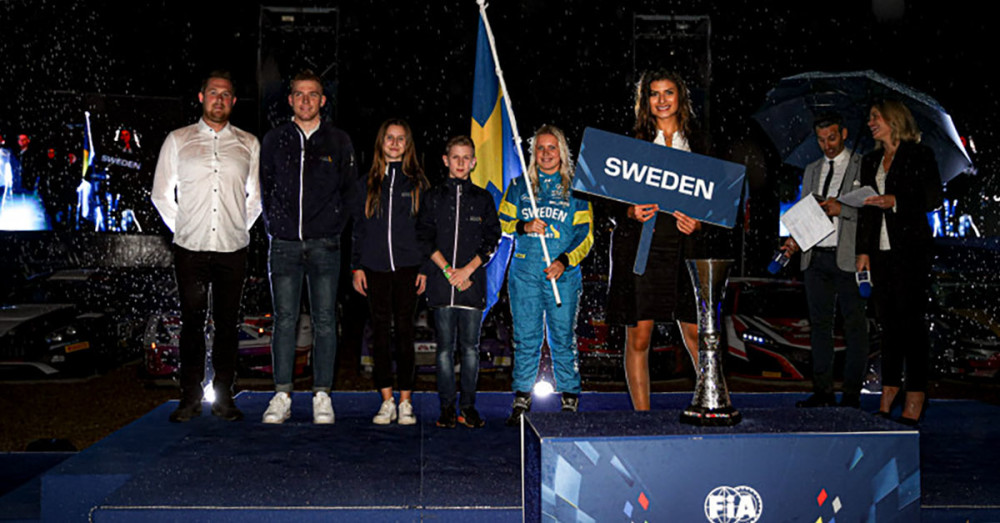 Best start of the season
During the first race Jessica started in 14th place, made her best start of the season and dealt well with several fights during the race which resulted in a seventh place. During the second race it was tricky conditions when it rained for periods and despite a poor start followed by a hit from behind by another driver, where Jessica lost positions down to 12th place. She managed to recover and reached a strong seventh place, while making one of her best performed races of the season. Added time due to an incident with another driver placed her in ninth place, but Jessica scored a fine result overall.
– I finished 6th overall in the competition of 20 international drivers, which I am pleased with. In addition, it was a very special competition to be a part of and I am honored to be the first Swede to represent the nation in the Touring Car Cup at the FIA Motorsport Games, Jessica says.

Free rights to use images.

The racing siblings Andreas and Jessica Bäckman started their racing careers as 9 and 7 years old. They have during the years been competing in big championships like STCC, Scandinavian Touring Car Championship, and the British counterpart TCR UK, with fantastic success as results. During 2019 the sibilings are competing in the prestigious TCR Europe together with the multiple award winning Italian team Target Competition. The siblings racecars are Hyundai i30 N TCR.