On 10 October, after three years of preparation, Nordiska museet in Stockholm opens its new exhibition The Arctic – While the Ice is Melting. It is the first exhibition of its kind to cover the diverse lifestyles of people in the circumpolar region, where environmental and living conditions are rapidly changing. It is the product of close collaboration between researchers, scientists and otherexperts from around the Nordic region, and occupies over 2,000 square metres of the museum. The central part of the exhibition design is a mock-up of a giant melting iceberg.

The Arctic is home to four million people, all significantly affected by their dramatic environment and its changing climate. The exhibition presents profound insights into human life in the Arctic.

– The exhibition is based on a wide-ranging, unconventional collaboration between experts from Stockholm University, specialists from the other Nordic countries, and the art and design duo MUSEEA, says Sanne Houby-Nielsen, Director of Nordiska museet. I am proud of everyone involved in producing such a powerful exhibition.

Nordiska museet has given over the museum’s Great Hall to Arctic life. Displays, projections on the ceiling, interactive stations and the flavours of the Arctic in the restaurant create a holistic experience for adults and children alike.

The centrepiece of the exhibition design is a model of a large block of land ice, split by a deep rift. Visitors are invited to follow the stream of meltwater through the crevasse into the iceberg. Here objects, films, slideshows, webcams and art interweave the past with the present, science with mythology. The exhibition tells a multifaceted, poetic story about the history and future of Arctic ice, and the everyday life of people in the region. The Arctic sky is projected onto the vaulted ceiling 20 metres up in the Great Hall. An interactive station gives visitors the opportunity to make a pledge on behalf of their future self.

– Through collaboration between scientists and humanists, primarily climate and social scientists, Nordiska museet has played an active part in bringing diverse experts together, says Lotten Gustafsson Reinius, Professor of Nordic Ethnology, who headed the research efforts the exhibition builds on. The exhibition is based on scientific dialogues on topics like nature and culture, resource landscapes and the Arctic as home for people and animals.

The Arctic – While the Ice is Melting was produced by Nordiska museet and initiated by Museum Director Sanne Houby-Nielsen, with the primary objective of covering various aspects of Arctic life. This entailed multidisciplinary research collaboration with Stockholm University and experts from throughout Sweden and the other Nordic countries. The unconventional collaborative structure provided new insights and perspectives on climate change and how it affects life in the Arctic and elsewhere, today and in the future.

Around 250 objects of historical and cultural interest are on display in the exhibition. Most are items from the museum’s own collection that are not usually on display. A few of the highlights are on loan from other museums in Sweden and the Nordic countries. These include clothes made from the skins of polar bears, brown bears, ermine, seals and birds, embroidered with leather and decorated with marten’s skin and glass beads.

The exhibition features ten documentary films from selected parts of the Arctic in the Nordic countries: Qaanaaq in Greenland, Vatnajökull in Iceland, Puruvesi in Finland, Svalbard in Norway and Abisko, Arjeplog, Laevas and Nautanen in Sweden. The exhibition also touches on the East and West Arctic: Clyde River in Canada and Yamal in Russia. Most of the films are produced by Nordiska museet in collaboration with Camilla Andersen.

The exhibition includes slideshows of over 450 historical and contemporary photos. Some are from Nordiska museet’s own collections, while others were recently shot for the museum.

25 webcams are placed in different locations in the Arctic. They provide contemporary windows on the world, enabling visitors to see what is happening throughout the Arctic in real-time.

In the museum’s 40,000 square metre Great Hall, a complex system of projections opens the 20 meter high vaulted ceiling to an Arctic world and sky. The projections were created by Jesper Wachtmeister and are primarily based on Nordiska museet’s contemporary collections of photos and films.

The exhibition was designed by Sofia Hedman- Martynova and Serge Martynov (MUSEEA), with art installations in collaboration with Anastasya Martynova and projections by David Giese.The exhibition design includes around 30 preserved and mounted animals and birds from the Swedish Museum of Natural History.

The cooperative agreement between Nordiska museet and Stockholm University enabled an ongoing multidisciplinary research collaboration under the leadership of Lotten Gustafsson Reinius, Hallwyl Visiting Professor of Nordic Ethnology at Stockholm University. The goal was to create a dialogue between adjacent subjects and educational traditions while simultaneously creating a foundation for the exhibition.

The anthology “Arctic Traces: Nature and Culture in Motion” includes a number of scientific articles by various researchers. The book is edited and co-authored by Lotten Gustafsson Reinius. It will be published by Nordiska museet in early 2020.

Examples of themes and questions in the exhibition:

The ice tells a long geological story. Inside millions of air bubbles in the ice, there is information about the Earth’s climate history that helps scientists understand our own past. Every little bubble is a snapshot of the Earth’s atmosphere at the moment of freezing. Time stands still for the plants, animals and organisms encased in the ice. Now the ice is melting and lots of historical information is emerging.

The harsh climate has forced people in the Arctic to be highly adaptable. The exhibition depicts how the people who call the Arctic home have gained a deep knowledge of their unique environment and discovered creative ways of utilising it. In a cold climate, such knowledge can literally tip the scale between life and death. Historically, the primary concerns have been access to food, staying warm and being able to travel safely.

People’s relationship to nature is about resources. In communities all over the Arctic, people have always extracted natural resources for personal use or trade. Today, most of the resources extracted in the Artic are exported and used by industry.

The changes in the Arctic are affecting Earth’s entire climate and ecosystem. Through research on societies’ abilities to adapt, we can improve our ability to deal with climate change.

The exhibition opens on 10 October.

Available for inquiries, questions and interviews 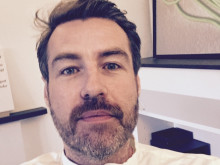 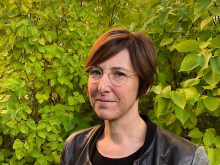 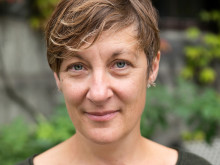 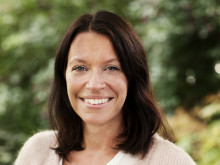 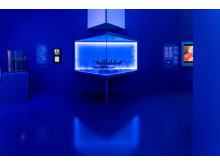 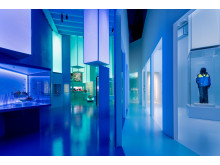 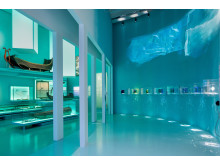 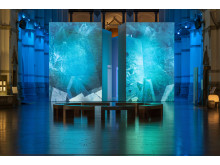 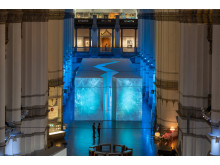 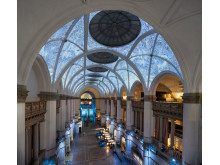 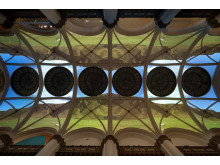 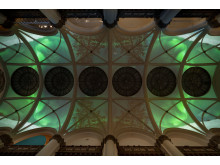 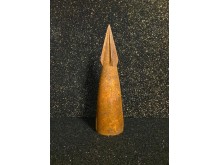 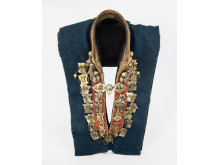 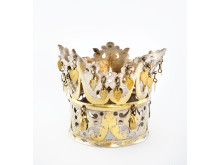 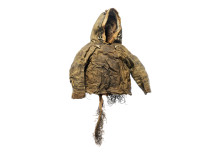