On the evening of 25 October 2012 around 19:00, four armed men, not in uniform, entered Dr. Denis Mukwege’s house in Bukavu, Democratic Republic of Congo (DRC). The armed men forced Dr. Mukwege’s two daughters and their friend at gunpoint to sit silently on the floor until he returned home. On his arrival, roughly half an hour later, one of the armed men opened the gate and forced Dr. Mukwege out of the vehicle and demanded he hand over his keys. The security guard on duty ran out shouting to intervene and was shot and killed. The armed men fired the remaining bullets at Dr. Mukwege, who threw himself on the ground narrowly avoiding the gunfire. The men then fled in Dr. Mukwege’s vehicle, which they quickly abandoned before hijacking another vehicle.  The identity of the armed men and their current location is unknown.

Dr. Denis Mukwege is the founder and medical director of Panzi Hospital in Bukavu, DRC. The hospital has become known worldwide for the treatment of survivors of sexual violence and women in need of specialised gynaecological care. Dr. Mukwege has been the recipient of numerous international awards including the UN Human Rights Prize, African of the Year, the Olof Palme Prize and the Clinton Global Citizen Award. He has been nominated several times for the Nobel Peace Prize. These awards recognize his extraordinary service, humanity and commitment.

Dr. Mukwege is a tireless advocate for the rights of women in DRC. He has addressed the United Nations General Assembly on the matter, most recently in September, and he regularly travels abroad raising awareness of the situation in Eastern DRC. In addition to his responsibilities managing and administering Panzi Hospital and Panzi Foundation, Dr. Mukwege continues to see patients and perform surgery.

PMU has been working in DR Congo since the 1920s and supported the establishment of Panzi Hospital. Currently, PMU is working in partnership with Dr. Mukwege to support survivors of sexual violence and women in need of specialised gynaecological care. 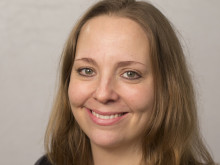 Dr. Denis Mukwege, world renowned advocate for women´s rights in DR Congo, who last Thursday survived a murder attempt, is right now in Sweden. A press conference will be held by Dr. Mukwege, Swedish Pentecostal Movement and PMU in Stockholm on Thursday at 10.30 A.M. (CET +1) It will be streamed through www.pmu.se 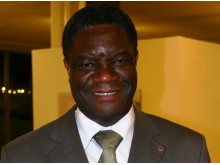