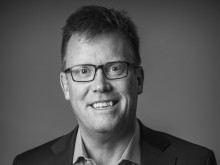 In record time we completed a phase IIB randomized, double-blind, placebo-controlled trial in Finnish travellers going to West Africa. In total 743 travellers spent a fortnight in Benin. Half of the group were given the ETEC vaccine candidate, ETVAX®, and the other half placebo. The aim of the study was to evaluate safety and estimate the protective efficacy in a naive population.

Promising preliminary findings from a Phase 2b study of the oral vaccine ETVAX® against travelers’ diarrhea in Finnish travelers to Benin, West Africa

Encouraging results from a Phase 2b study. The trial enrolled adult volunteers from Finland who travelled to Benin after receiving ETVAX® or placebo. The study results confirm the excellent safety and overall positive immunogenicity of ETVAX®, as well as a significant protective efficacy of 56% against all severe diarrhea, independent of pathogen.