This fall, El Sistema Sweden will initiate a national youth orchestra together with the Swedish music copyright organization Stim. It will be the first of its kind in Europe. Young musicians will be selected from El Sistema programs and cultural schools across Sweden and gather in the country’s capital for three days. In collaboration with Konserthuset Stockholm/ the Royal Stockholm Philharmonic Orchestra and the Berwaldhallen concert hall / the Swedish Radio Symphony Orchestra, the music camp will conclude with a public concert in front of a live audience at Konserthuset Stockholm on October 31, 2019.

"Our vision is to show how far we’ve come through the orchestra." says Ron Davis Alvarez, Artistic Director of El Sistema Sweden and the El Sistema Sweden National Orchestra. “El Sistema Sweden is one of the best examples of when musical and social activities are combined. Now we can show not only a high quality of music, but also inspire children and young people to reach their full potential through practice and musicianship. ”

For three days at the end of October, 40 selected between the ages of 11 and 19 from all over the country will gather in Stockholm to play, socialize and have fun together with specially invited educators and musicians. El Sistema Sweden National Orchestra intends to invite talented children and young people who want to put extra effort into their orchestra playing.

“In connection to El Sistema's 10th anniversary celebration in Sweden next year, it feels tremendously fun to be able to present something unique as a national youth orchestra where we can realize the desire and commitment that exists among children and young people,” says Eric Sjöström, Chief Operating Officer and Chairman of the El Sistema Sweden Foundation.

The project is made possible through a new collaboration between the El Sistema Sweden Foundation and Stim’s Council for Promotion of New Music and is also supported by El Sistema's ongoing financiers SEB and the music foundation Signatur.

“It is extremely exciting to be able to start a national youth symphony orchestra. We believe that it will help to revitalize and democratize future recruitment to music education programs and professional symphony orchestras, thereby enriching Swedish music life, which is fully in line with Stim's cultural policy mission, "says Mattias Franzén, Head of Operations at Stim's promotional committee.

In addition to the classical repertoire, the El Sistema Sweden National Orchestra will also have a strong focus on newly written and contemporary music. In the long term, the orchestra will include 80-100 children and young people, who attend music camps in various locations in the country in collaboration with a multitude of symphony orchestras and concert halls.

The choir and orchestra school El Sistema was founded in 1975 in Venezuela by José Antonio Abreu. Today El Sistema operates in 70 countries around the world. In Sweden, El Sistema began in the Gothenburg suburb Angered in 2010, at the cultural school in the area. A cultural school is a publically funded school with a focus on the arts like music, film/video, dance, to name a few. Today El Sistema is a branch of the municipal music and cultural school and is present in 40 places in 30 municipalities throughout Sweden, where up to 10,000 children and young people participate in El Sistema activities.

Stim's Council for the Promotion of New Music

Stim's Council for the Promotion of Music works to promote new music and to provide the necessary conditions for future creativity in the field of music. This is achieved by initiating and supporting projects aimed at making new music across all genres genres more available, and played more - both in Sweden and abroad. The Council works independently, seeking out or initiating projects that are considered to fulfill the Council's objectives in the best possible manner. As a consequence, it is not possible to seek funding from the Council.

For interviews, contact Eric Sjöström, Chief Operating Officer and Chairman of the Board of El Sistema Sweden, +46721-80 79 09 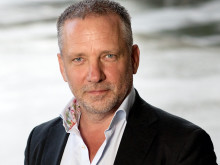 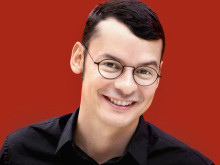