The vintage Swedish company ACQUO of Sweden manufactures and sells the world's most exclusive wellington boots. As part of Swedish industrial history since the 70s, they have now published a lavish book that presents the handmade and 100 percent vegan boot as both a luxurious but also environmentally friendly garment that stands the test of time and ideal in all weathers.

ACQUO of Sweden is a Swedish company steadily growing with customers all over the world. Now they are publishing the big luxury book "Step into the world of ACQUO" with the unique wellies as a focus.
– I wanted to create, inspire and invest in culture at a time when people really need inspiration for the future, says Jessica Lingonstierna, CEO and owner of the company.

Despite the prevailing pandemic, Jessica wanted to celebrate that her business had been running for five years and did not see Corona as an insurmountable obstacle, but instead wanted to give people the opportunity to work with something fun and creative. Jessica's belief is that everyone needs to think sustainably and start planning their consumption.

One of the women portrayed in the book is the English Singer and songwriter Scarlett Quinn.
Scarlett, what does the ACQUO boots mean to you and why are you in this book?
– I was asked to participate after a few amazing and great photo shoots wearing the beautiful boots with photographer Guy Reece.
We have a great chemistry for taking cool pictures and we’ve really had so much fun with the beautiful and quite sexy ACQUO.
ACQUO Of Sweden boots mean a lot to me as they signify elegance, class and so much fun, too! They remind me of good times shooting on the beach and splashing about in the water. I’ve had the best time ever working with ACQUO and have made memories that’ll last a lifetime. The brand is made by an independent woman for independent women.

Scarlett is a Brighton born & bred singer/songwriter. She excelled at dance and musical theatre from and early age and worked in local theatre and also with the National Youth Music Theatre. Scarlett worked as a junior presenter for the Disney Channel presenting shows like the Kids Choice Awards.
When she was 15, she took up guitar and began writing songs. In 2009 and Scarlettmet writer and guitarist Graham Kearns who introduced her to Judy Tzuke and producer Charlie Russell. They wrote several songs together and Scarlett was encouraged to take singing and writing seriously, which she did. In 2010 she met Ashley Slater and Kristian Booth who were professional songwriters and joined their Iconical team as a topline writer and singer. Since then, Scarlett has become quite well known as Kitten from Kitten and The Hip and even made a couple of X Factor appearances in 2014 and 2015.
She's also had a good career as a bit of a dance music diva, appearing with many acts such as Netsky, Manufactured Superstars, Dub Pistols, D Cup and Mark Lower (their collaboration Bad Boys Cry has notched up 35,000,000 YouTube hits).
She scored a massive underground hit last year with her own band "Kitten and The Hip". Scarlett loves the ACQUO Boots and has a pair of them of course. She has also been an ACQUO fashion Model for several years. She continues her career as a topline writer and singer with some very exciting features in the pipeline.

– It is not about cutting back on style, elegance, and the way we express ourselves, but to create a lifestyle and a wardrobe with the environment in mind, Jessica says.

Jessica was concerned about how photographers, models and even her own company were affected by Covid. Therefore, she took hold of a dream she had for several years. Namely an idea and concept to create an exciting "Coffee table photography book" with a focus on Acquo Boots and women from all walks of life. Women who want to combine family life with a career and a sense of luxury.

Jessica hired four photographers, an illustrator and more than 20 women as models. Layout and graphic design she did herself. Among the participants are the award-winning English photographer Guy Reece published in many leading newspapers, magazines such as Vogue and Elle magazine, and Christy Rilling who is former First Lady Michelle Obama's personal stylist and tailor.

Christy who works with many celebrities in the US and around the world is featuring her own designs in the book and is also a model in the book, Jessica says. The two Swedish photographers are Yohanna Idha who is also an actress and model and HannaH Hedin who is a well-established photographer. Both Yohanna and Hannah have an intense passion for capturing the beauty of the world around them.

It all now culminates in a 168-page book filled with inspiring, vivid and creative images of career women and mothers from different backgrounds and ages. The book focuses on women from Sweden, England and the USA.
- It's not just Models and celebrities but women in the middle of life of all ages. The oldest in the book is 63 years old and the youngest is 6 years old. I really want to show that we can all find play, movement and beauty within us. That you can create despite dark times. It's not just a matter of keeping your feet dry!

The book will be available for sale from.o.m. May 1 at acquoofsweden.com.

High resolution images
Scarlett Quinn, model in the book
The book - Step into the world of ACQUO
Jessica Lingonstierna, Ceo and owner of ACQUO of Sweden
The unique rubber boots ACQUO of Sweden

Facts about the ACQUO boot

The boot, which is made of natural rubber, was originally designed in the 70s. ACQUO of Sweden was started in 2015 and the webshop was up and running in 2016 and with customers all over the world. The boot is both practical and stylish and is of very high quality. The expression is both modern and vintage at the same time as most of the design has been retained from the original boot model.

ACQUO is a collection of rubber boots that are designed to give a feeling of glamor. The rubber boot is built on the philosophy of luxury, durability and protection and can be worn in both rural and urban environments. The ACQUO boot is handmade and 100 percent vegan, which not only makes it exclusive but also environmentally friendly.

It was during the late 1970s that the businessman Bengt Sjöstrand, active in the rubber and plastics industry, decided to create beautiful fashion rubber boots of the highest quality for women. The boots became far more popular than Bengt could ever have hoped for and these boots came to revolutionize the shoe industry in several ways.

Bengt was a friend and a collaboration with Karin Geiger, who was a Swedish pioneer in fashion design. Karin was better known under the name "Katja of Sweden" and in the late 1960s designed boots for Tretorn and which thus laid the foundation for the upcoming Acquo boots. When Bengt decided to start his production with ACQUO, the boots were manufactured at Tretorn's rubber factory in Helsingborg, with the same last that was used for several of "Katja of Sweden's" boot models.

Jessica Lingonstierna got to know the founder Bengt Sjöstrand in 2010. They became good friends and when she saw the remaining stock of the Acquo boots, she got her idea. The rest is thus both history and future. 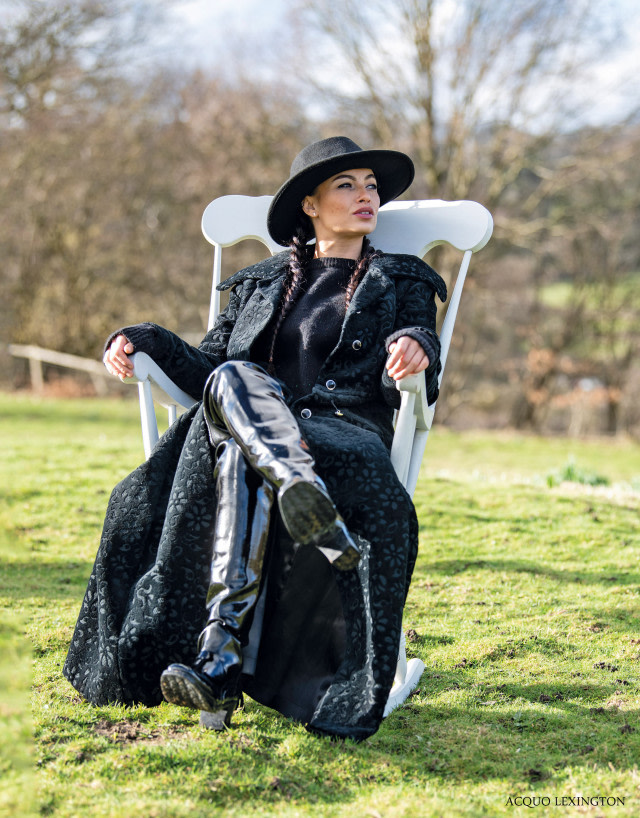 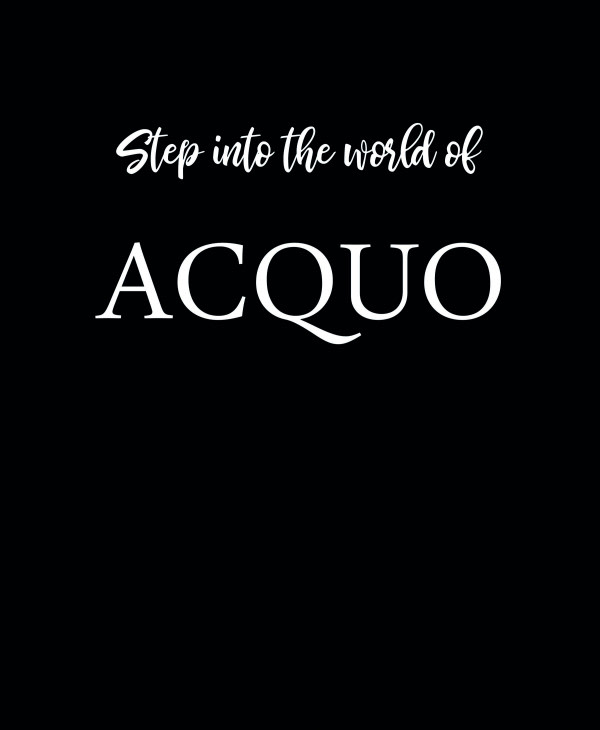 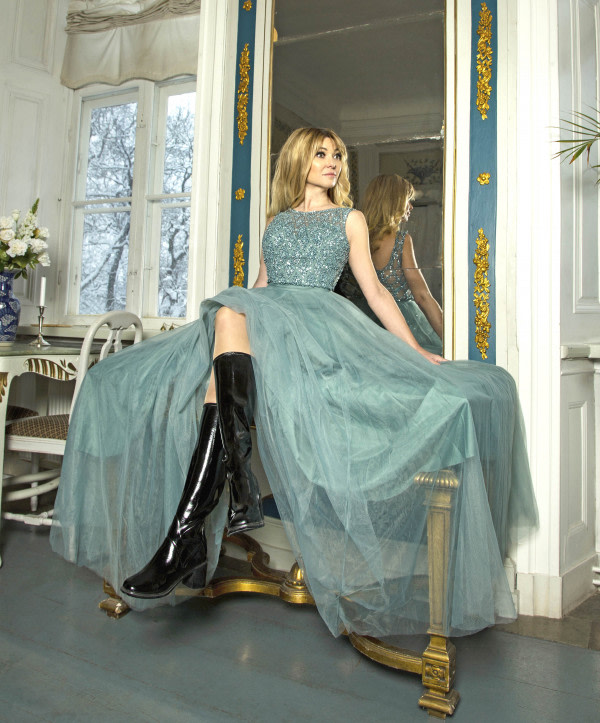 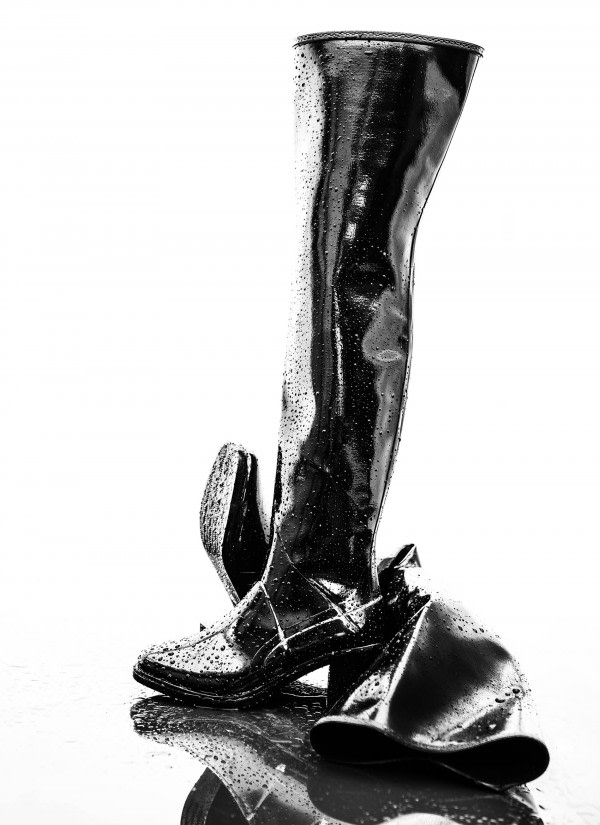