SBS and production partner Blink TV today revealed Swedish pop phenomenon and winner of the Eurovision Song Contest 2015 Måns Zelmerlöw is heading to the Gold Coast to perform and be one of the Jury members for Eurovision – Australia Decides next month.

Swedish singer, songwriter and TV presenter Måns Zelmerlöw masterminded one of the most memorable wins in Swedish Eurovision Song Contest history with his performance of the uplifting multi-platinum single Heroes. After winning, Heroes peaked at #1 on iTunes in 21 countries and his tour across Europe took him to 22 cities – most of them at sold out venues. In 2016, he co-hosted the song contest in Stockholm, Sweden where Dami Im made history winning the Jury vote and coming second overall with her performance of Sound of Silence.

Måns Zelmerlöw said: “I’m so excited to come back to my favourite country to perform, and to be a guest judge on the National Eurovision selection show! Australia has sent great songs ever since they joined the Eurovision Song Contest and I think 2020 could be THE year. I might sing a line or two from my winning song from 2015 and from my newest single, Walk with Me, featuring the wonderful Dami Im. Can’t wait to see you all!”

Joining him in Australia is Eurovision boss Jon Ola Sand who will step down as Executive Supervisor after Rotterdam 2020. Over the past decade, Jon Ola has become synonymous with the Eurovision Song Contest among the hundreds of millions of viewers who’ve watched him throw to the voting segment with the iconic phrase “take it away.”

Hosted on the Gold Coast and broadcast live and exclusive on SBS on Saturday 8 February, the national selection, now in its second year, showcases ten well-known Australian artists, performing original songs, for the chance to represent the country at the Eurovision Song Contest.

The winner of the inaugural Eurovision – Australia Decides Kate Miller-Heidke will return to the stage where it all began to perform Zero Gravity, while powerhouse vocalist and Eurovision 2016 runner up Dami Im will take to the stage with a brand new track.

SBS Commissioning Editor for Entertainment and Australian Head of Delegation Josh Martin said: “We’re thrilled to welcome Måns and Jon Ola to Australia for our national selection show. Normally, Australia heads to Europe, but in February Europe is coming to Australia! Måns is one of the all-time Eurovision greats and fans are in for a real treat. And it’s with a mix of sadness and excitement that we welcome Jon Ola to our shores as his stewardship of Eurovision approaches the end. Since 2010 he has overseen a phenomenal period of change and growth in the contest, and all of us here at SBS and around Australia will be forever thankful that we were invited to the party!”

Creative Director of Eurovision – Australia Decides and Director of Blink TVPaul Clarke said: “Hej Hej, welcome Måns! He was a game changer at Eurovision when he won in 2015 and it will be like a Eurovision masterclass for our artists and audience to see him performing on the Gold Coast. It’s a dream come true for Dami Im to release a song with Måns, and their duet on the night will be one of the highlights of the show. We also look forward to hosting Jon Ola Sand at Australia Decides - he’s been a great advocate for Australia’s involvement in Eurovision over the past decade.” 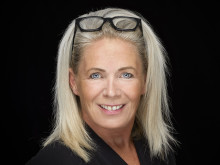 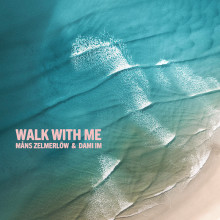 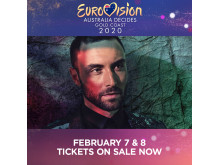 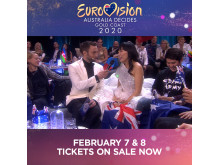 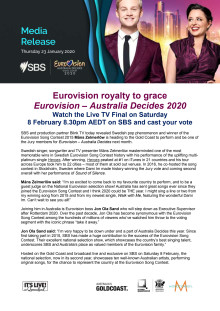