Singapore, 17 May 2018 – In a digital and globalised economy, organisations face a heightened threat of fraud. This, coupled with more effective detection of fraud, has driven reported economic crime to its highest level recorded in PwC’s bi-annual survey of economic crime.

PwC’s Global Economic Crime and Fraud Survey examined over 7200 respondents from 123 territories, of which 118 were from Singapore.

Overall, the results have shown that more than one in three respondents in Singapore said their organisations had suffered fraud in the last two years (35%), up from 22% in 2016. Globally, the proportion of organisations reporting economic crime has also gone up from 36% in 2016 to 49% in 2018.

“The sharp increase of reported economic crime in Singapore underscores the extent of the threat. Fraudsters continue to use opportunities and control gaps created by fast changing business environment and technological sophistication. In parallel, growing fraud risk awareness has translated into more structured fraud prevention and detection frameworks which include enhanced fraud risk monitoring techniques and detective controls relying on technology.”

Recent international corruption incidents involving Singapore corporations have highlighted the extent of risks that Singapore based companies may be exposed to. Many of these incidents involve using third party intermediaries/agents to win contracts in high risk territories. While Singapore has consistently been high on the anti-corruption ranking, bribery and corruption may occur beyond the Singapore shores.

Twenty-five percent of Singapore respondents indicated that in doing business abroad they had lost an opportunity to a competitor whom they believe paid a bribe and 21% were asked to pay a bribe. These figures are significantly lower (6% and 9% respectively) when it came to their operations in Singapore.

Despite the risk, only 50% of Singapore based companies confirmed that they perform additional anti-bribery and corruption due diligences as part of business acquisitions abroad. To execute a successful international expansion strategy, organisations should consider embedding anti-bribery and anti-corruption compliance into their overall business strategy.

Although the occurrence of bribery and corruption in Singapore was lower than the global average, anti-money laundering related incidents were reported to be higher (20% in Singapore, 9% globally). One of the drivers behind this finding may be linked to the fact that Singapore respondents were subject to more regulatory inspections in the last 24 months, 71% vs 54% globally.

Sixty-nine percent of Singapore based participants reported that, as a result of the inspections, they had major feedback including enforced remediation, marking a significant increase from the last survey in 2016 (53%).

With the increased awareness and higher numbers of reported fraud incidences, investments to combat it have increased in tandem. In Singapore, results show that half of the organisations (51%) spent more on investigations and/or other interventions than what was lost through their most disruptive crime. This is significantly higher than the global average of 28%.

Facing the threat of fraud, organisations in Singapore are beefing up their internal controls, as corporate controls remain the top means of detecting the most disruptive economic crime (54%), going up four percentage points from 2016. Many respondents also reported addressing fraud prevention through corporate culture initiatives through which 33% of the most disruptive frauds in Singapore based organisations were detected via tip offs or hotlines.

The survey also shows that organisations in Singapore are planning to invest in advanced technologies at a faster rate than their global counterparts.

“In Singapore, detection of the most disruptive frauds through the use of suspicious activity monitoring appear to be at a much higher level compared to the global average.

“It is encouraging that Singapore-based organisations are spending more resources than their global counterparts to respond to fraud incidents. This suggests that organisations have a longer term holistic view by using these incidents as “lessons learnt” to implement broader fraud prevention measures moving forward.”

Read the full report for Global Economic Crime and Fraud Survey at https://pwc.to/2IlOG0i

At PwC, our purpose is to build trust in society and solve important problems. We’re a network of firms in 158 countries with more than 236,000 people who are committed to delivering quality in assurance, advisory and tax services. Find out more and tell us what matters to you by visiting us at www.pwc.com.

PwC refers to the PwC network and/or one or more of its member firms, each of which is a separate legal entity. Please see www.pwc.com/structure for further details.

Prior to publication, it must be approved by PwC Singapore. 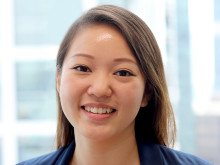