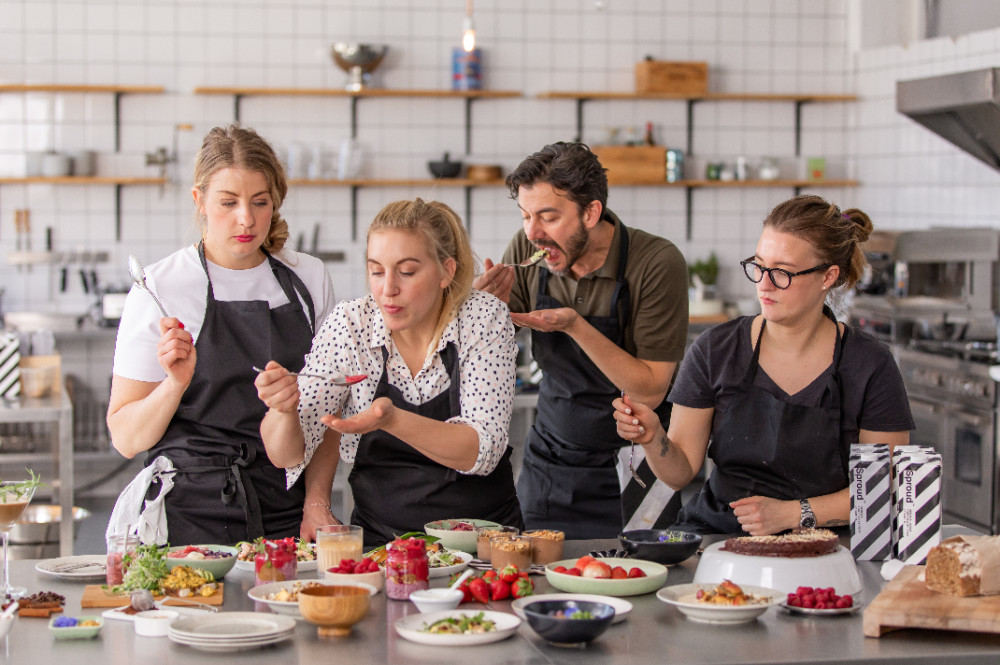 ”I love that it´s made from pea, it's the future of vegan proteins, and its so easy to just swoop in every recipe", says Frida Ronge, chef and  creative boss at trendy TAK in Stockholm.

The swedish brand Sproud launched as Europes first pea based milk in autumn 2018. The pea is an extraordinary ingredient since its very sustainable. It's plantbased, require less water and is good for the soil. With it's round taste and low sugar, its a great alternative for both cooking or baking. It also works great in smoothies and to go with your coffee or tea.

During the creative session of Sproud Taste Lab, four creative swedish chefs Frida Ronge, Tea Malmegård, Anna Axelsson and Daniel Remheden, challenged themseves in making dishes and drinks based on Sproud. Together they made a brunch of colorful bowls, pancakes, scrambled tofu and much, much more. Everything was vegan or vegetarian and also gluten-free as well as refined sugar-free. They presented a table of modern healthy indulgence, all boosted with beautiful colors and tastes to please both people and planet.

”As barista I really like the texture of Sproud, it foams easy and its neutral in taste. It's not taking over the taste from the coffee, which all other plantbased milk normally does", says Daniel Remheden, the award-winning barista from Love Coffee Roasters.

”I love the round taste from the pea, and its so easy to work with", says Anna Axelsson, chef and founder at the Stockholm-based café Pom&Flora.

”Yes, its the closest to milk you can come! And the product works perfect in baking too, it's not too sweet like other plantbased milks can be" says Tea Malmegård, one of Sweden most well-known pastry chefs. 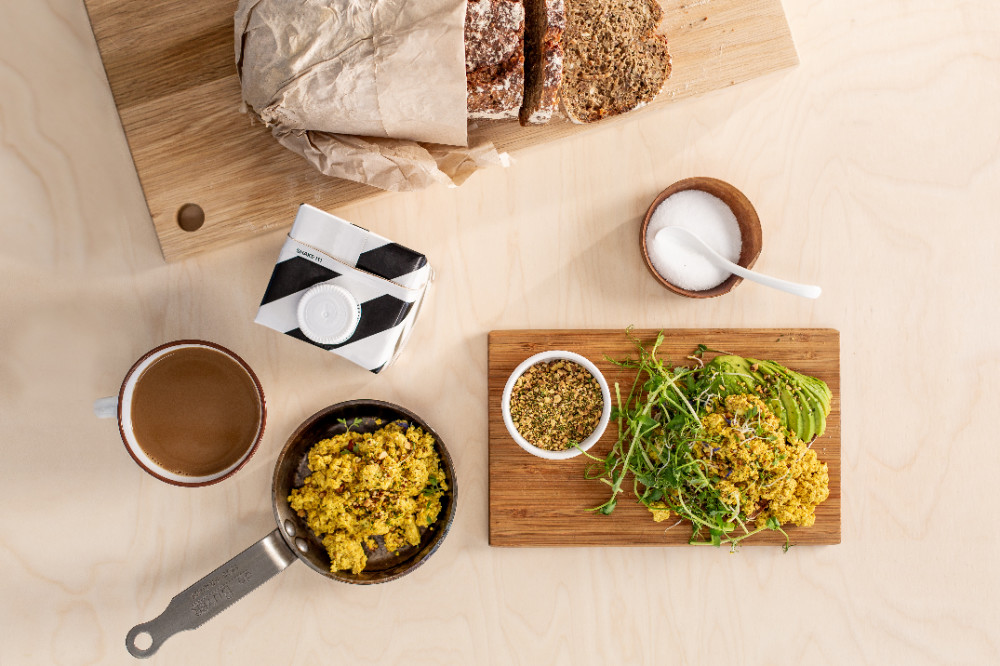 The pea is an excellent sustainable protein, both for planet and people. Pea protein has a lot of positive aspects; it only require a third as much water as oat and soy. AIt also gives nutrition for the soil while growing, which is positive for the eco system.

Pea milk has twice as much  protein and half the amount of sugar as to oat milk. Sproud is gluten- and allergen-free. Sproud can be kept in ambient temperature until opened, which means that there is a very low climat impact on our chain of logistics.

Sproud Original and Sproud Barista has during 9 months been launched in Sweden, Norway, Finland, Denmark and United Kingdom. You'll find Sproud at all the big retailers, as well as online at Amazon.

The brand Sproud is owned and created by a group of Swedes from Malmö, southern Sweden. A small group of entrepreneurs wanted to make a difference, they wanted to create something that did good for both people and the planet. The result was Sproud, as a direct reaction to the changing climate. At Sproud we believe in food and products that are better for you and for the environment.

Sproud is the plant-based brand powered by peas. Appealing to health conscious and sustainably minded consumers, the Sproud portfolio brings taste and sustainability together. We believe in protein sources that are good for our health and for the environment.

Sproud was born in 2018 by a group of entrepreneurs based in Malmö in the south of Sweden; a progressive city where many food, health and lifestyle trends get started. The Sproud founders have a shared passion for the split pea discovered after decades of working in innovative environmentally friendly food and drink sectors. In a time of big challenges, we believe “better products” are part of the solution. Sproud make foods and proteins that are nutritious, healthy and delicious. Sproud is more than dairy-free milk alternative, it’s more than sustainability and taste coming together; it’s a family of people passionate about doing things better, about coming together to create great products with a minimal climate footprint. Wherever the Sproud family is working – whether at our HQ in Sweden or taking our products into new countries throughout Europe and the USA, we come together to support each other, share best practice and spread our hap-pea news. Sproud is a design and a conscious lifestyle coming together. It belongs to vegans just as much as to everyone else. It’s for lactose intolerants, gluten intolerants, and for people that simply want to make better food choices based on taste. Since the launch of Sproud, our vision has always been to become the leading plant-based lifestyle brand. Our mission is to make it easy for everyone to choose climate-friendly vegan products that tastes good – and importantly are good for Mother Nature. Be Sproud.

Enter your email address to follow Sproud. Where taste and sustainability come together.

Email sent to __email__. Click the link there to follow Sproud. Where taste and sustainability come together..