Japan offers a wide range of beautiful scenery depending on the season. Spring, a season of beautiful colors, is particularly recommended. Below, we introduce a number of outstanding flower-viewing spots in the Ryomo area, accessible via Tobu railway lines. Floral highlights include sweeping views of wisteria, azalea, nemophila and roses, all reachable in around 90 minutes from central Tokyo. Why not include it into your travel plans? 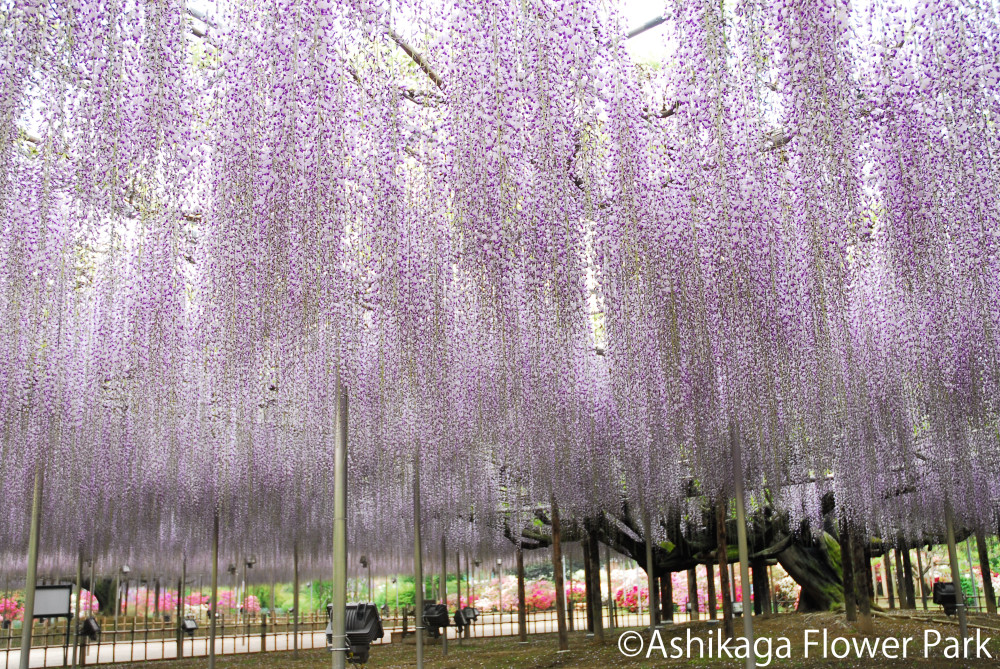 Ashikaga Flower Park, set in extensive grounds within area of 94,00㎡, is a fantastic destination in all seasons, welcoming more than 1.5 million visitors per year. It is particularly spectacular during the event “Wisteria Stories” held between mid-April and mid-May, when the huge wisteria tree, a symbol of the park, blooms. The display also includes more than 350 other wisteria and more than 5000 azaleas. Wisteria have long been popular in Japan, featuring in a collection of poems published more than 1000 years ago. The park will give you a taste of the Japanese seasons like you have never experienced before. We also recommend that visitors to the park stop off at Tochigi Station to enjoy the traditional Japanese architecture along the river running through the center of the city. 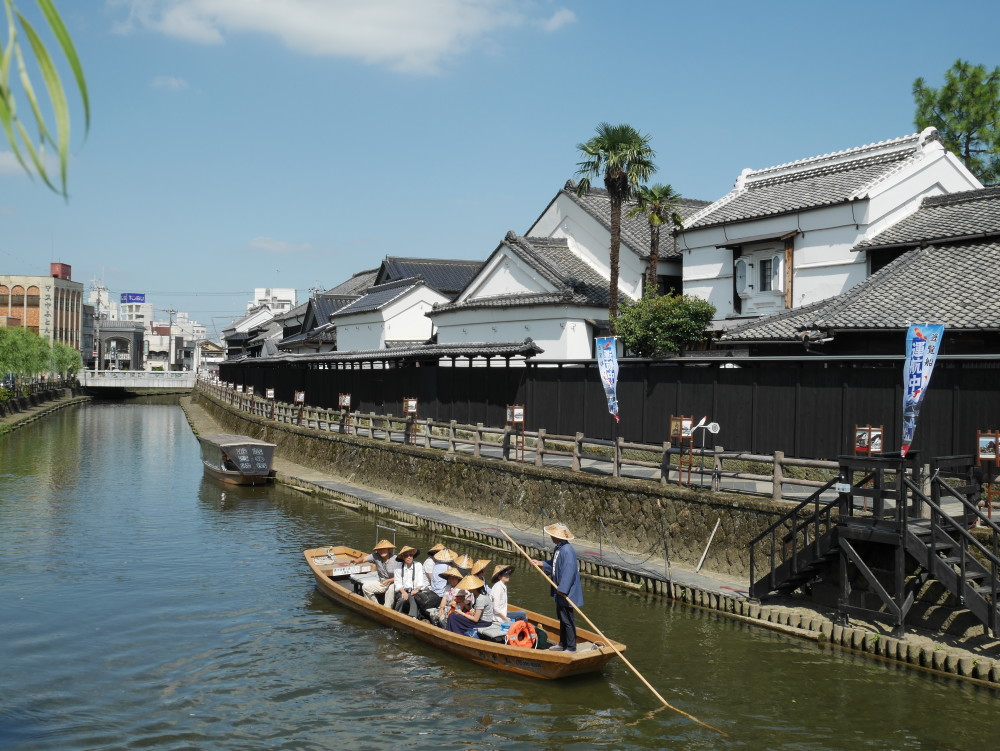 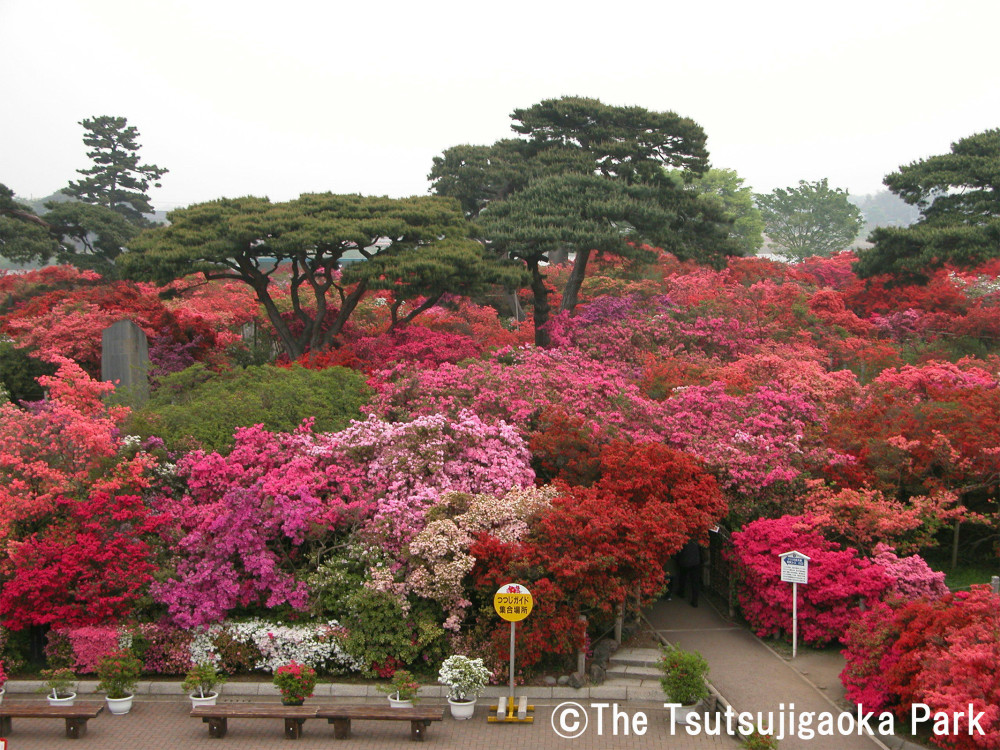 Tsutsujigaoka Park has an international reputation as a beauty spot with a fine display of azaleas. The “Tsutsuji (Azalea) Festival” is held between early April and early May, attracting around 100,000 visitors, who come to enjoy the flowers in various pinks and reds including the “Kotonaishiiai Azalea,” said to be 800 years old. Tatebayashi is also famous for its delicious udon noodles, which are known for their soft and smooth texture. Local restaurant Hanayama Udon serves the noodles in a bowl with a racoon dog design. 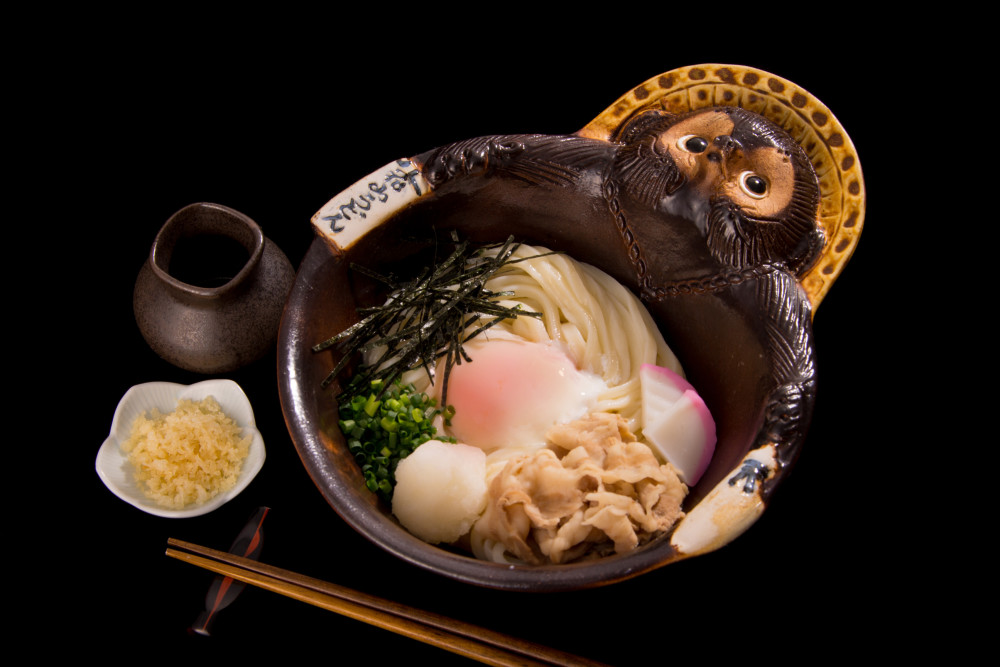 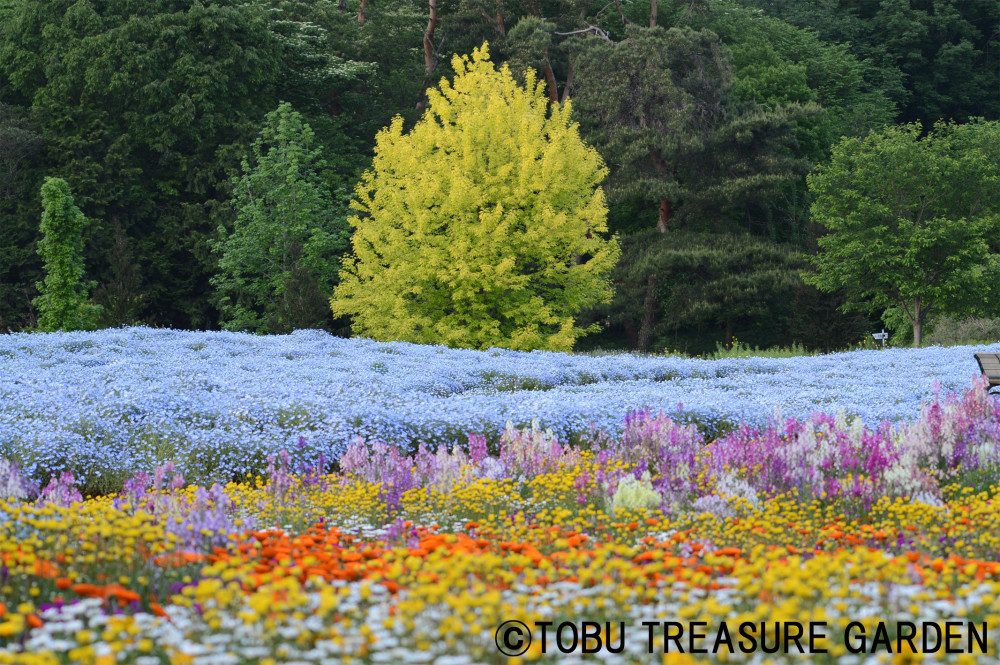 Tobu Treasure Garden has extensive grounds which include approximately 1 million flowers of 4000 different types. In spring, the contrast between the blue river of nemophila and other flowers is particularly arresting. In late April, 3000 rose plants of 1500 varieties all bloom at once, creating a rose garden, inspired by nature, said to be the most beautiful in Japan. We recommend visiting during spring, the best season to enjoy this remarkable garden, which reflects the delicate sensitivities of Japanese floral designers.

Tobu Railway's massive network extends through Tokyo as well as four surrounding prefectures: Chiba, Saitama, Tochigi, and Gunma. With 463.3 kilometers of operating track, Tobu is Kanto's largest private railway and is used by commuters, students, business travelers, and tourists. Tobu Railways is one of many companies that is part of the Tobu Group, which also operates health clubs, golf courses, theme parks, and hotels. These include Tobu World Square, where the world's most famous structures are re-created at 1:25 scale; the Courtyard Marriott Ginza Tobu Hotel and the Tobu Hotel Levant Tokyo, operated in partnership with the Marriott Group. The Tobu Group also develops and manages condominiums, housing developments, department stores, and various other properties along its railways and in Tokyo as well.