【Tokyo Area Autumn Leaves】Take a Short Trip from Tokyo:Popular and Picturesque Autumn Spots You Can Reach in Just 2-3 Hours

Late September to early November is the perfect time to go see autumn leaves in many areas along the Tobu Railway, which winds through Tokyo and four surrounding prefectures. These areas are full of World Heritage Sites and picturesque scenery that are reachable from the heart of the city in just around two hours. Each year the Nikko and Kinugawa area, noted for their wonderful hot spring resorts, are abuzz with visitors who have come to soak in the views of the fabulous sightseeing spots that are popular with both Japanese and visitors from abroad. Tobu Railway is proud to offer a convenient and economical discount pass for touring Nikko and the Kinugawa.

■Nikko and the Kinugawa

This locale is a source of pride for Japan, boasting temples and shrines that truly give visitors a sense of Japan’s long history and abundant nature. It’s even said to be an area where mystical energy flows. With numerous historical buildings, including the famed World Heritage Site of Nikko Toshogu Shrine, along with amazing natural beauty in every season of the year, visitors are sure to be charmed no matter when they visit. And, located a mere two hours by train away from Tokyo in Tochigi Prefecture, this is an area that you can easily visit.

Situated at 1,269 meters elevation by the entrance to the nature-abundant deeper area of Nikko, Lake Chūzenji is the premier lake of Nikko National Park. Red, yellow, and orange leaves reflect brilliantly on the surface of the lake. The shoreline is populated by embassy villas, showing how internationally known the view is. Pleasure cruises run on the lake and during the fall they offer a special Autumn Leaves Tour that lets passengers see the leaves at their most beautiful. You can leisurely enjoy the fall colors from the lake that stretch as far as the eye can see. We also recommend taking advantage of the numerous hiking trails around the lake for a peaceful stroll. 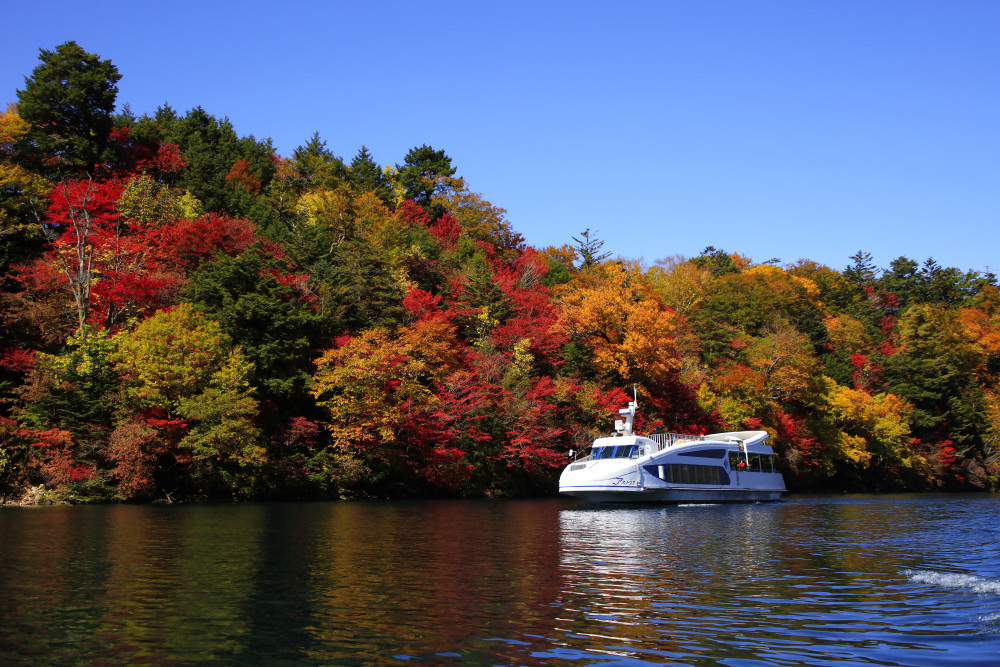 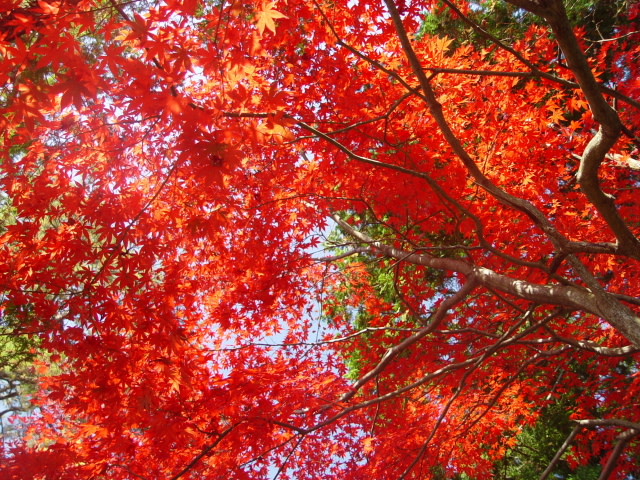 These locations are two of Japan’s prominent wetlands. You can view the changing colors of the wetland grasses along with great hiking trails for viewing the fall colors. The nature trails provide a pleasant two-hour excursion, winding through the wetlands and surrounded by natural beauty. 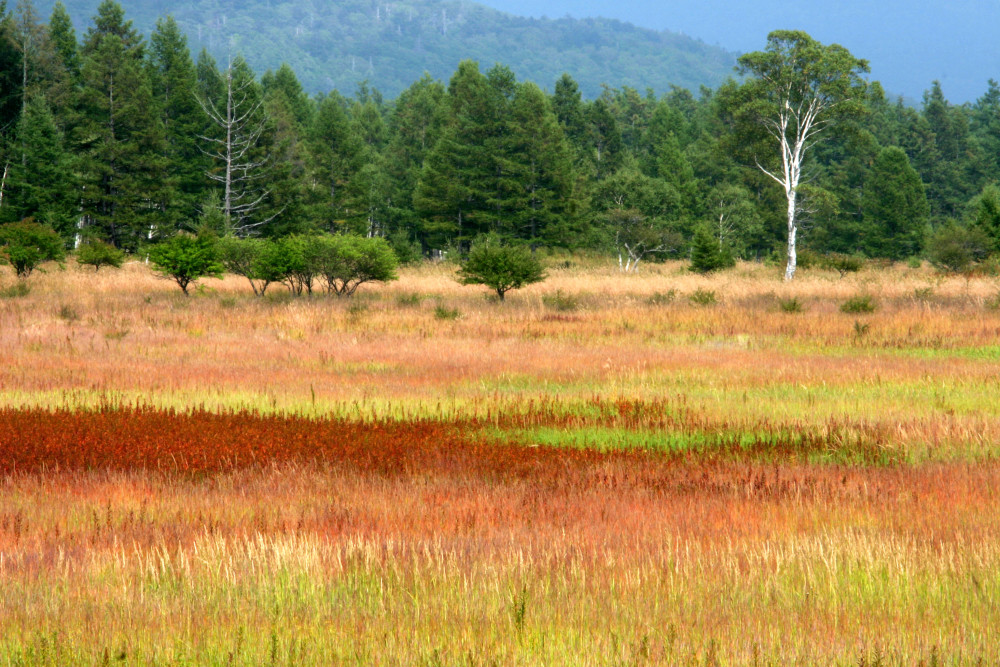 Explore the Extensive Nikko and Kinugawa Area with a Discount Pass

1. All Nikko Pass: A 4 day pass with savings of ￥1,600 that gives unlimited rides on the trains and buses in the Nikko and Kinugawa area.

2. 2 Day Nikko Pass: A 2 day pass with savings of ￥550 that gives unlimited rides on the trains and buses in the Nikko and Kinugawa area.

In the city of Nasu in Tochigi Prefecture, you can experience a four-minute aerial trip aboard the Nasu Ropeway gondola, the largest in Kanto, with a capacity of 111 passengers. Travel close to the summit of Chausudake, the highest peak of the Nasu mountain range and the Kanto area’s premier active volcano. From the gondola, observe the beauty of the crimson-dyed azaleas in autumn, as well as Kanto’s famed Mt. Tsukuba, Mt.Yamizo and other mountains, and the city of Shirakawa in Fukushima Prefecture in the south of the Tohoku area. 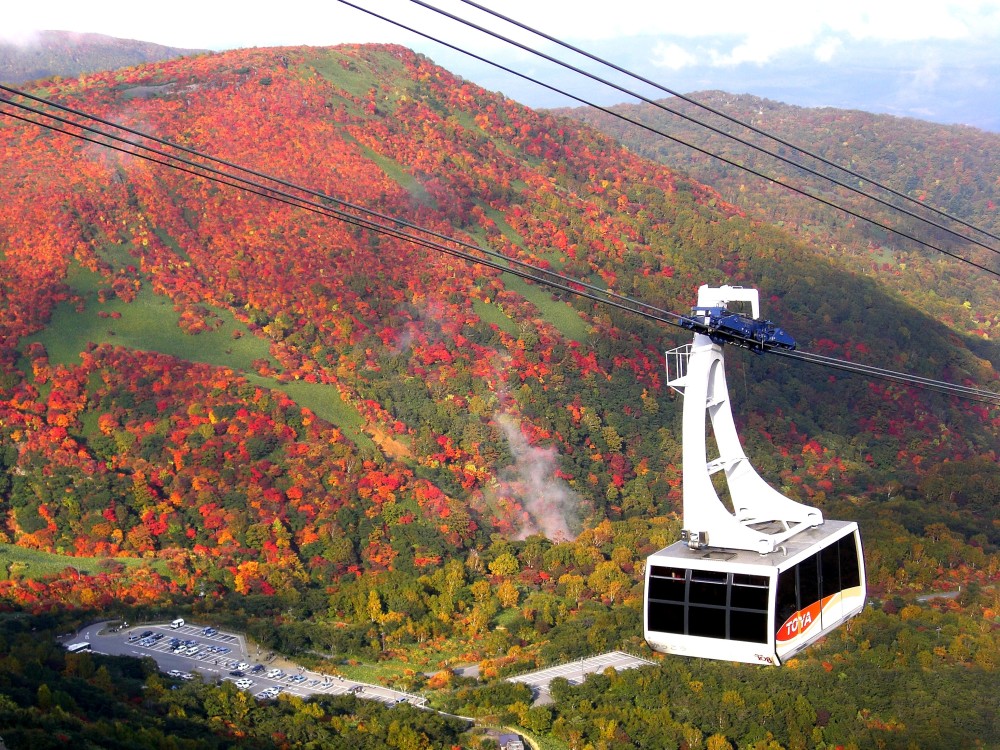 Oze National Park, straddling Gunma, Fukushima, Tochigi, and Niigata Prefectures, is Honshu’s biggest mountainous area, spanning 760 hectares. Visitors can enjoy hiking in all seasons. Here in the Oe Wetlands, marsh grass turns orange starting at its tips. If you turn to face the sun, the wetlands seem to glitter like gold, and as the wind gently stirs the grass, you can’t help but take a picture. At the end of September, the orange grass turns brown, followed by the beginning of the autumn colors in the mountain trees. Gradually, the trees around the Aizu Astoria Hotel (elevation 1,000 meters) also begin to change colors. 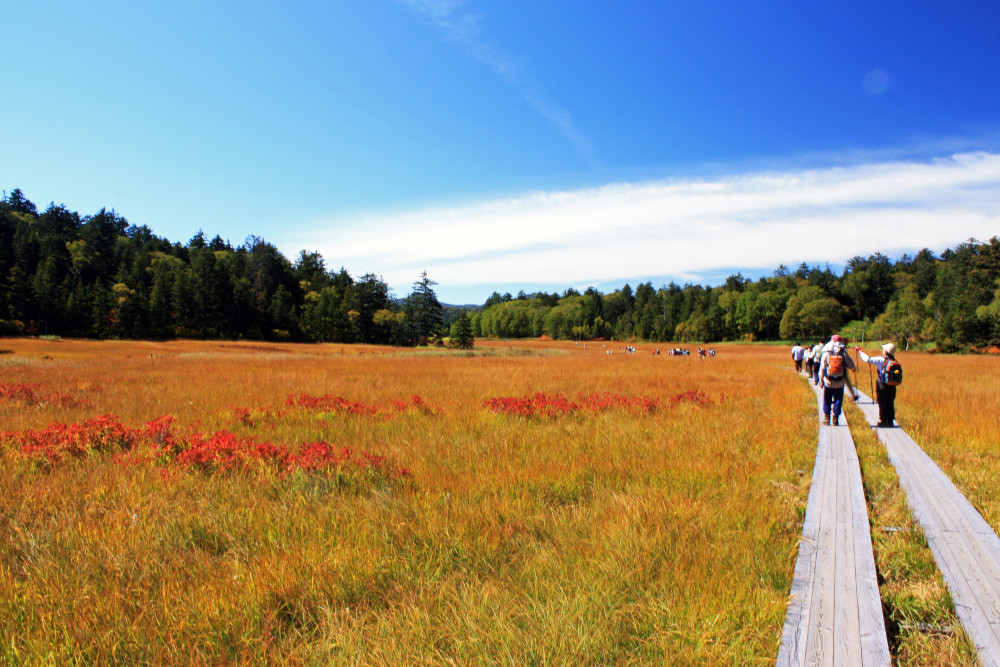 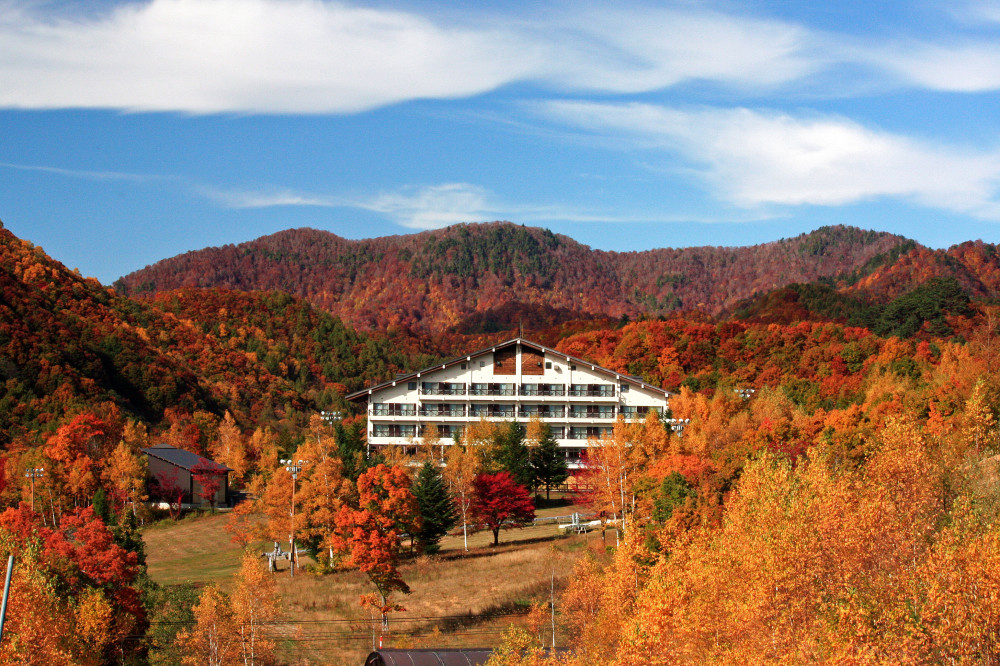 This group mountain resort located in Yamagata Prefecture is the largest in Tohoku and has served as a trailhead since the Edo period. It also known due to its selection by CNN as one of Japan’s 31 most beautiful places. Visitors can enjoy walks along the plateau and visits to multiple hot springs in the hot spring district. Starting from the summit, the flowers form a beautiful gradation of yellow, orange, red, and brick red, giving visitors a truly stunning view. And nothing could be better for viewing these vivid fall colors than a ride along the ropeway. Take in the gorgeous layer after layer of autumn leaves that evoke a masterful piece of art. 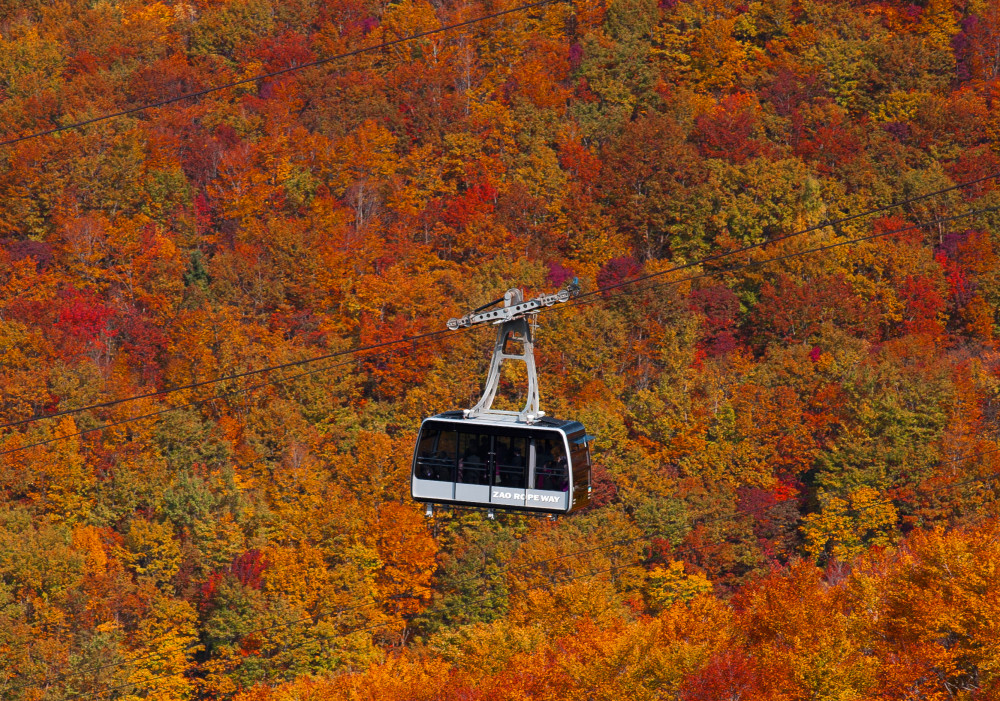 Kitain is a temple with long-held ties to the Tokugawa family, and is famous across Japan for its many cultural treasures and Edo period feel. Its Gohyakurakan, one of Japan’s three great collections of Arhat statues, holds 538 stone Buddhas which express the entire range of human emotions captured perfectly in their expertly carved faces. When they are surrounded by the vivid fall colors, they even seem to take on different expressions. 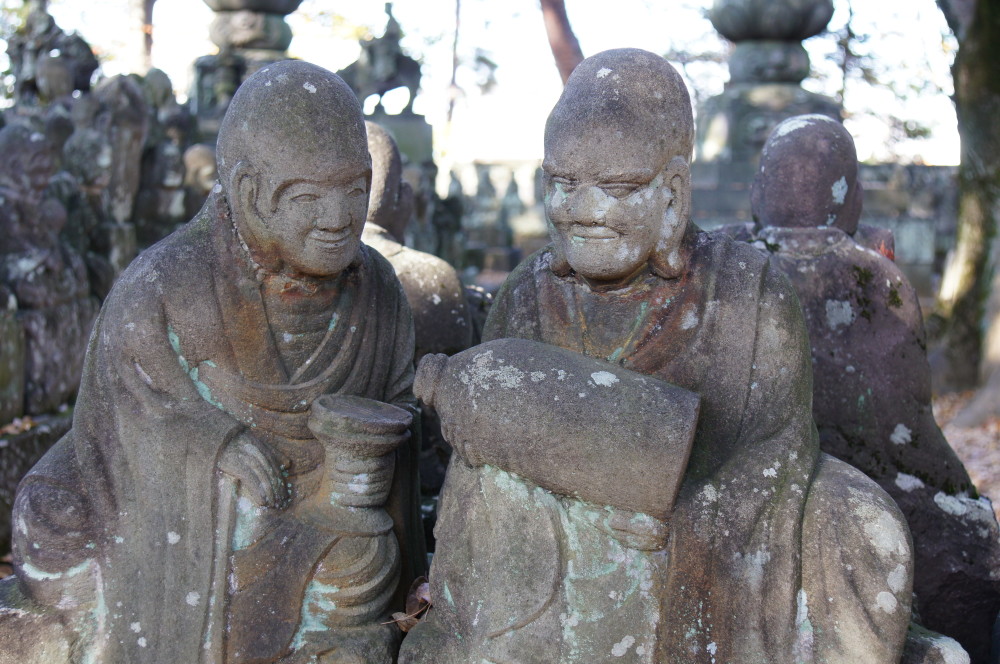 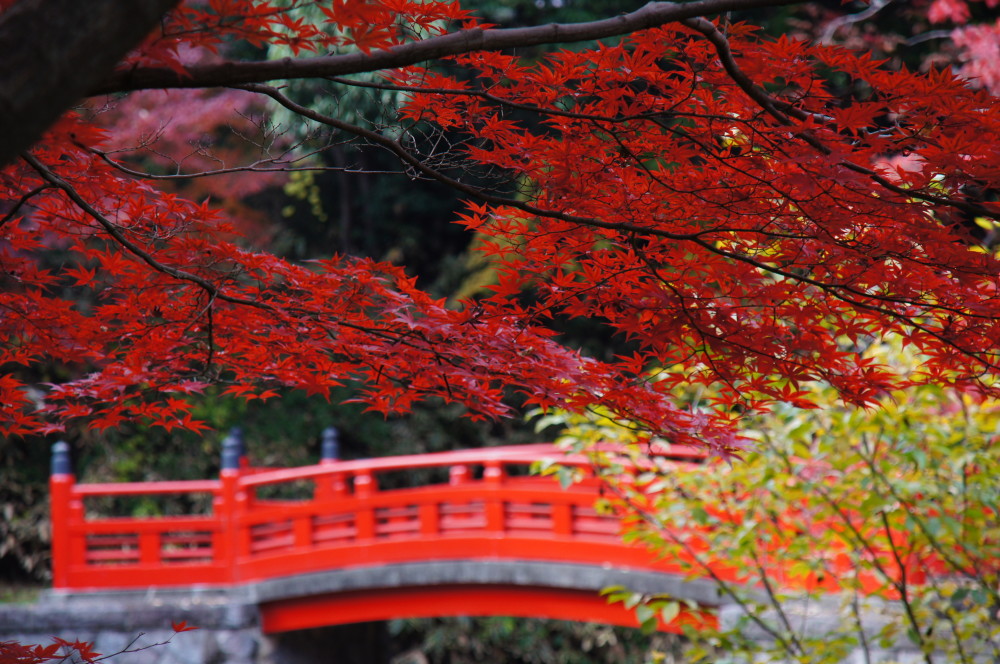 Asakusa, the tourist spot which has overwhelmingly popularity, brings Autumn feeling with autumn leaves behind Kaminarimon, five-storied pagoda, and sideways of Nakamise-dori Street.

During September 17th to October 1st, the festival called “Asakusa Touroue” (lantern festival) will be held. In addition to Senso-ji’s illumination, hundreds of lanterns will be arranged and lighten up in the temple’s area. 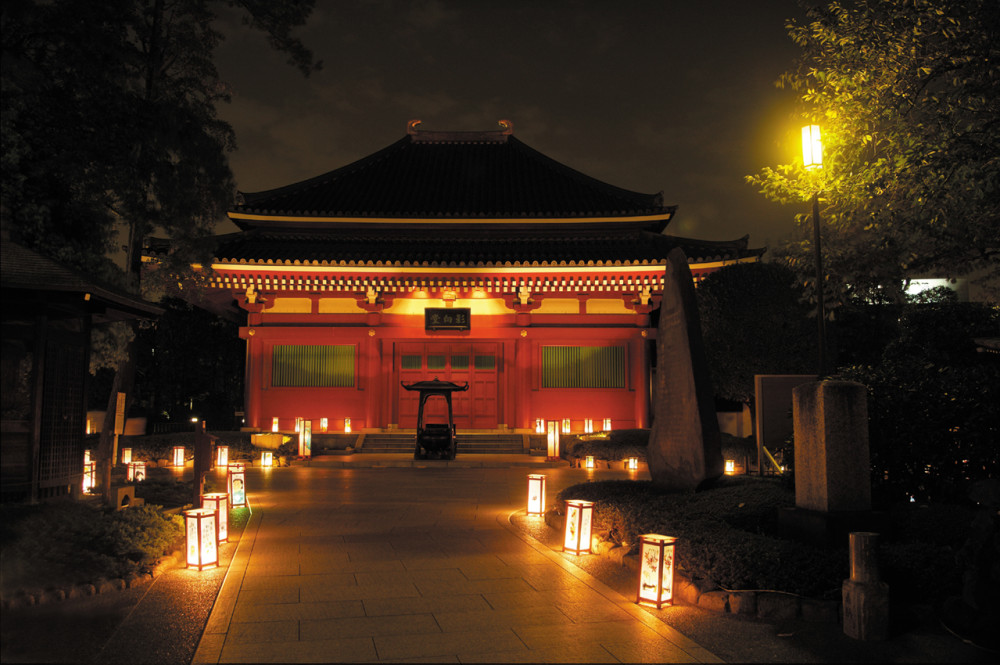 Tobu Railway's massive network extends through Tokyo as well as four surrounding prefectures: Chiba, Saitama, Tochigi, and Gunma. With 463.3 kilometers of operating track, Tobu is Kanto's largest private railway and is used by commuters, students, business travelers, and tourists. Tobu Railways is one of many companies that is part of the Tobu Group, which also operates health clubs, golf courses, theme parks, and hotels. These include Tobu World Square, where the world's most famous structures are re-created at 1:25 scale; the Courtyard Marriott Ginza Tobu Hotel and the Tobu Hotel Levant Tokyo, operated in partnership with the Marriott Group. The Tobu Group also develops and manages condominiums, housing developments, department stores, and various other properties along its railways and in Tokyo as well.