August 27, 2019: In the richly layered dystopian world of Rain of Reflections, you will meet a cast of strongly-willed characters and make decisions that will shape the future.

Rain of Reflections: Chapter 1– titled “Set Free” – follows Wilona, a scientist trying to cure a global epidemic of infertility. When Wilona begins to have doubts about the morality of the experiments she’s running on the world’s lastborn child, she sets off on a life-or-death quest across the pristine towers of the wealthy elite, the flooded slums of the underclass, and the cold, sterile halls of the state’s laboratories.

As the game's September 20 release date rapidly approaches, today we introduce you to the main characters of Rain of Reflections: Chapter 1. 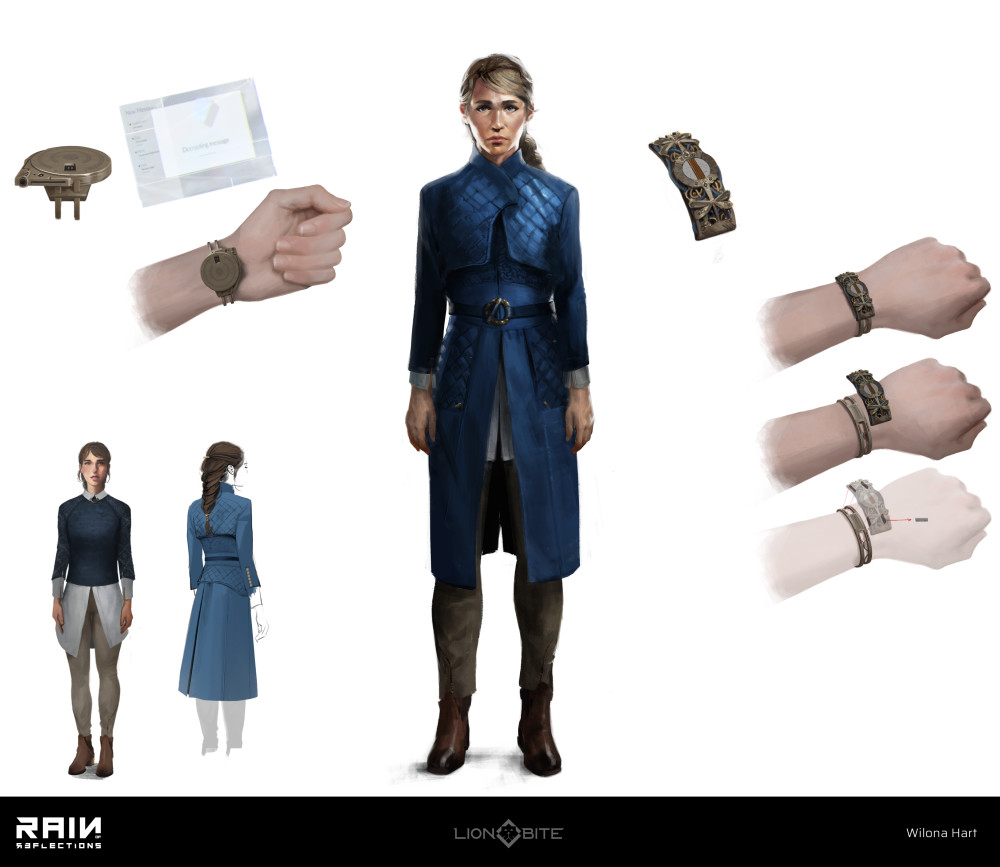 The lead character from whose perspective we experience Chapter 1, Wilona is a highly educated scientist torn between living up to the expectations of her powerful parents, Michael and Aurora, who are pulling her in opposite directions.

As we enter the story, Wilona has finally decided to stand up for herself and take control of her own destiny. Turning her back to her Supran upper-class life, she’s now setting in motion the plan to free humanity’s lastborn child at the Labs, where she’s spent years under her father taking part in increasingly questionable experiments.

Wilona is a crafty, idealistic and intelligent force to be reckoned with, and her stealth abilities allows for her to avoid violent conflict - if she should so choose… 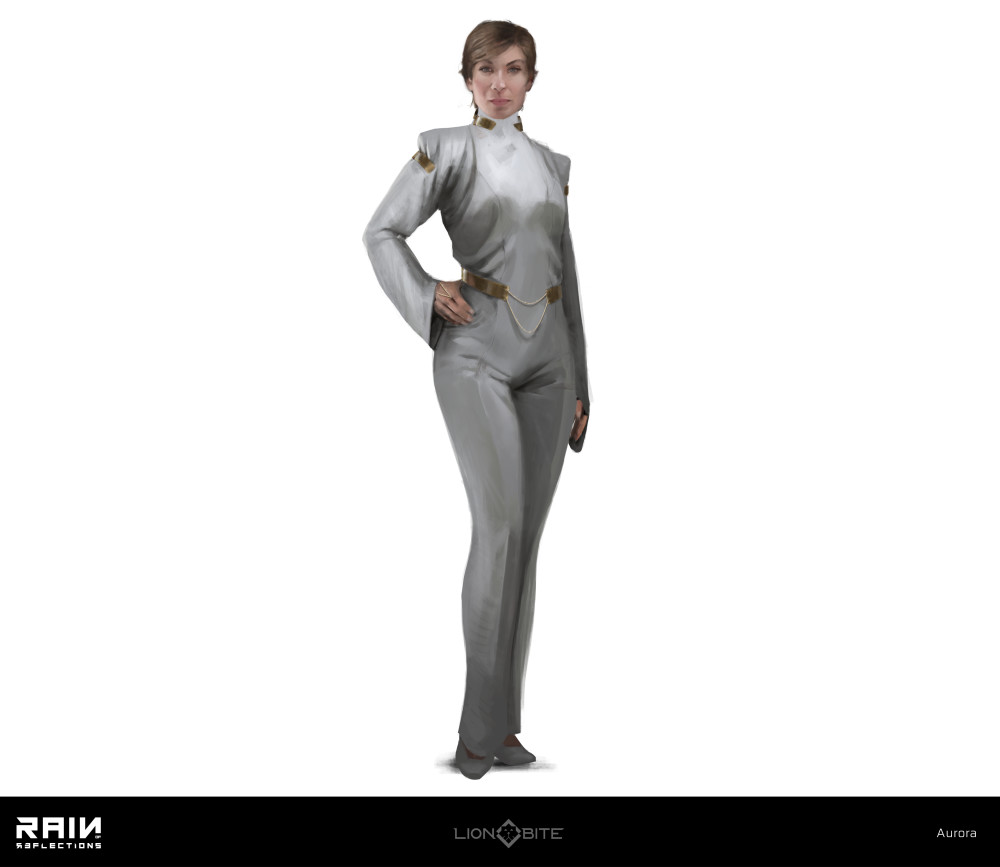 A career politician, Wilona’s mother Aurora has managed to reach a prestigious minister position in distant capital Phexus, from which she increasingly feels the need to watch over and control her daughter in OneCity.

After learning about a growing resistance known as the Infrareds, she now worries Wilona somehow will get caught in the turmoil of this rising rebellion. She’s ready to do anything in her power to stop this from happening - including compromising her daughter’s very freedom and integrity... 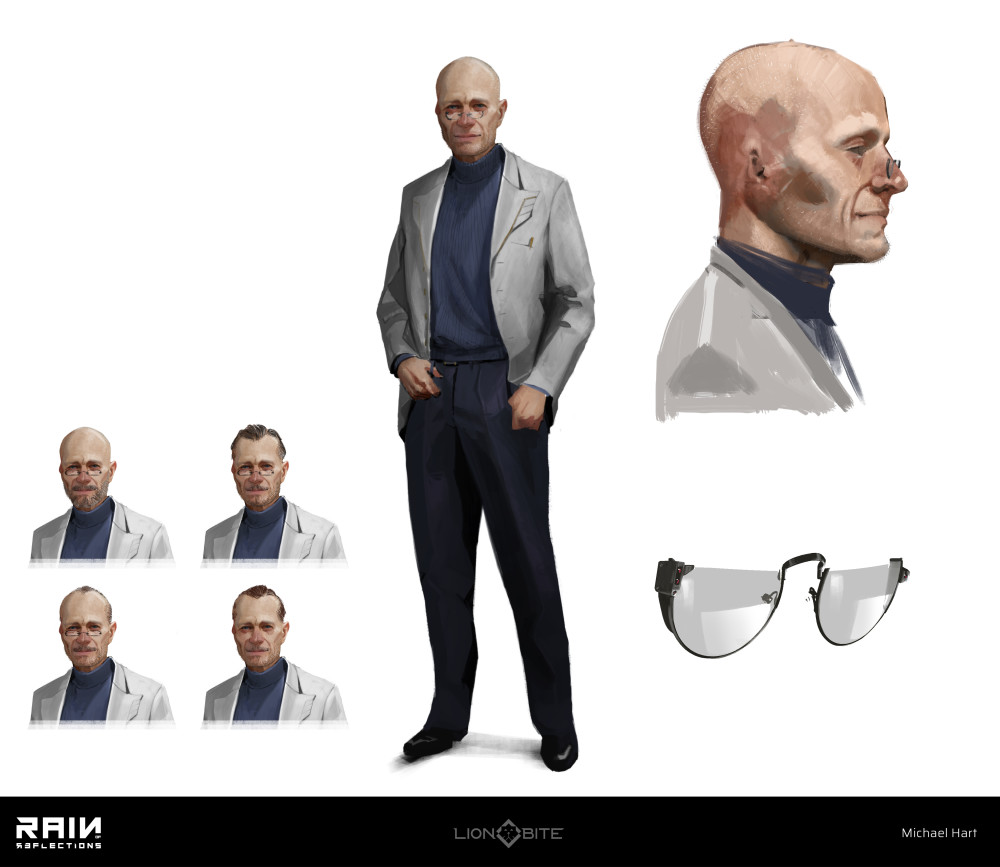 Working towards saving humankind, he is fully committed to his work and of the absolute conviction that whatever he’s doing, however unethical, is for the right reasons.

Michael expects full loyalty and commitment from his employees, especially his own daughter, and with all his heart in his work, he also regards the Project Fusion subjects his children by extension. 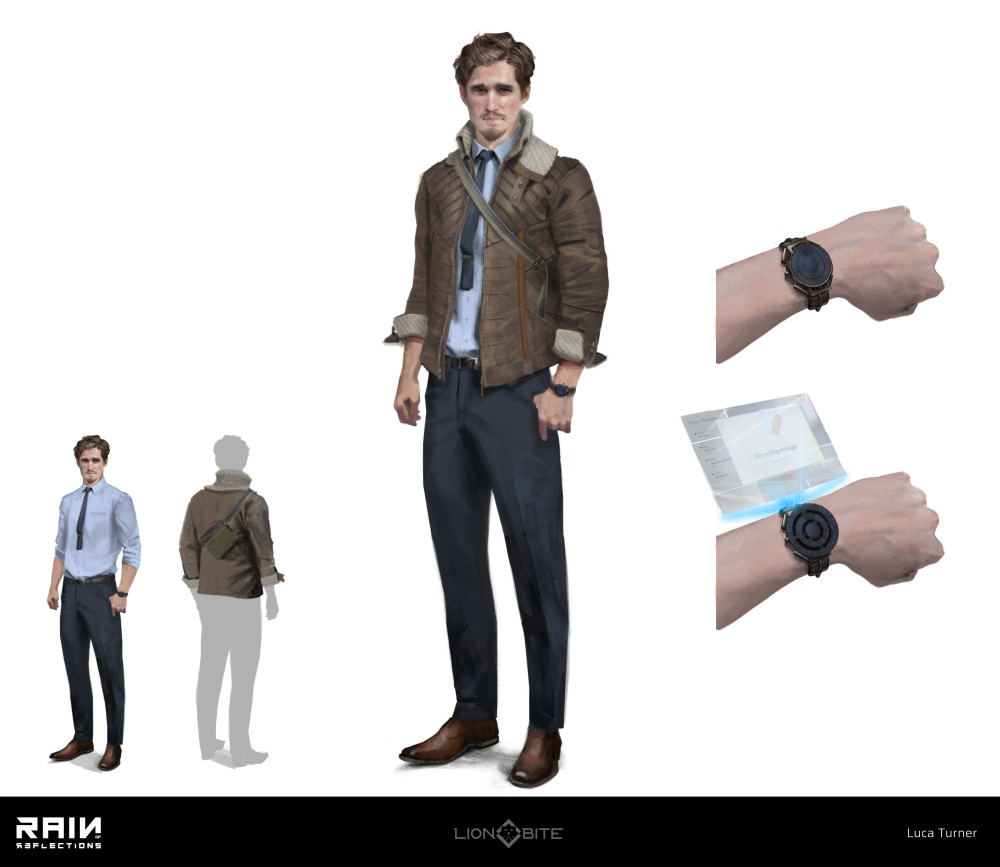 Both a colleague and friend of Wilona’s, Luca has been assisting her in the experiments at the Labs, under Michael’s close watch.

Luca may not be as upper-class as Wilona, but he still resides in a Supran area of OneCity, and just like her he’s now shifting his loyalties towards freeing the lastborn child rather than contributing to her misery.

Luca has even gone as far as establishing contact with the Infrareds, in the plan that they’ve dubbed “Operation Defuse”. 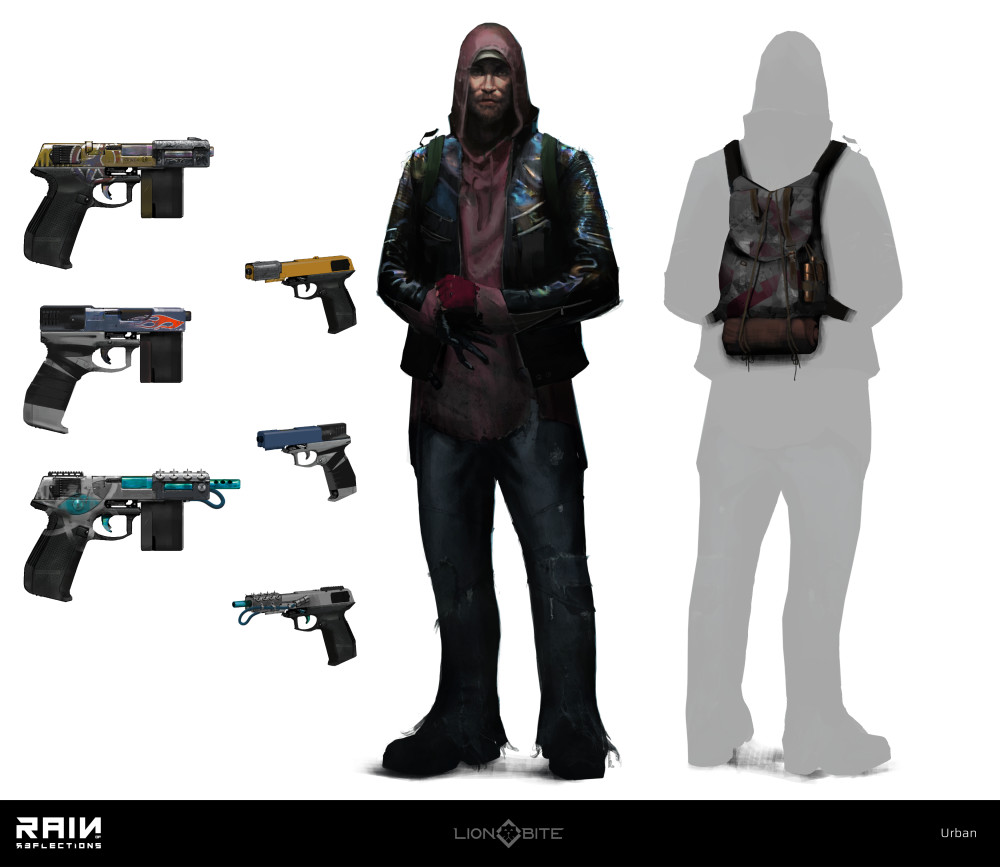 Urban has claimed the Temple ruins of the Northern Trench as his own, and stops at nothing to have it stay that way.

Crafty at modifying scrap into powerful tools of destruction, he’s become a somewhat successful arms trader with time. Beyond his dealings however, Urban prefers to avoid human interaction as he mistrusts almost everyone - the main reason being their repeated attempts at taking the Temple and his gathered arms away from him.

Instead, he has invested his delusional affection into a custom made power generator that he’s named Gwen. 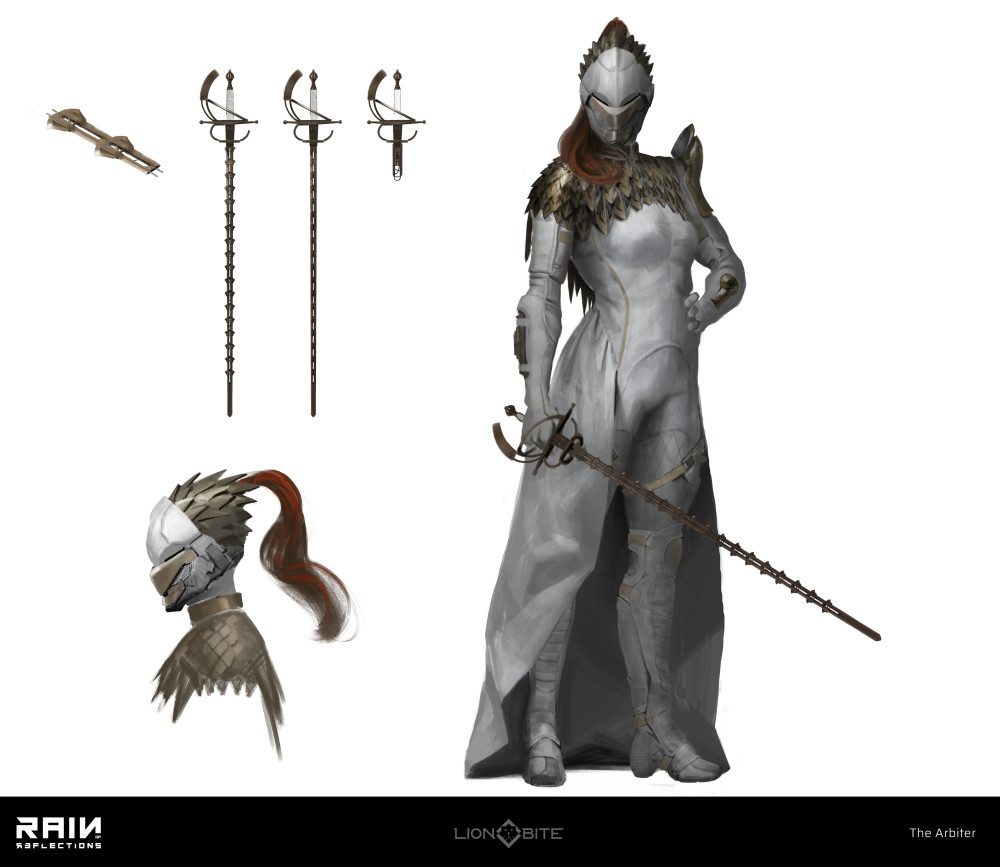 The Arbiter leads the task force that has been sent from Phexus - the Supran capital - to fetch and escort Wilona back with her to safety with Mother.

She has a careless tendency to abuse her power to prove just how untouchable she really is, not only in intercity diplomacy but also in the hierarchies of the OneForce.

Since she’s equipped with deadly Phexus technology and skilful in using it, anybody without a death wish should probably stay out of her way… 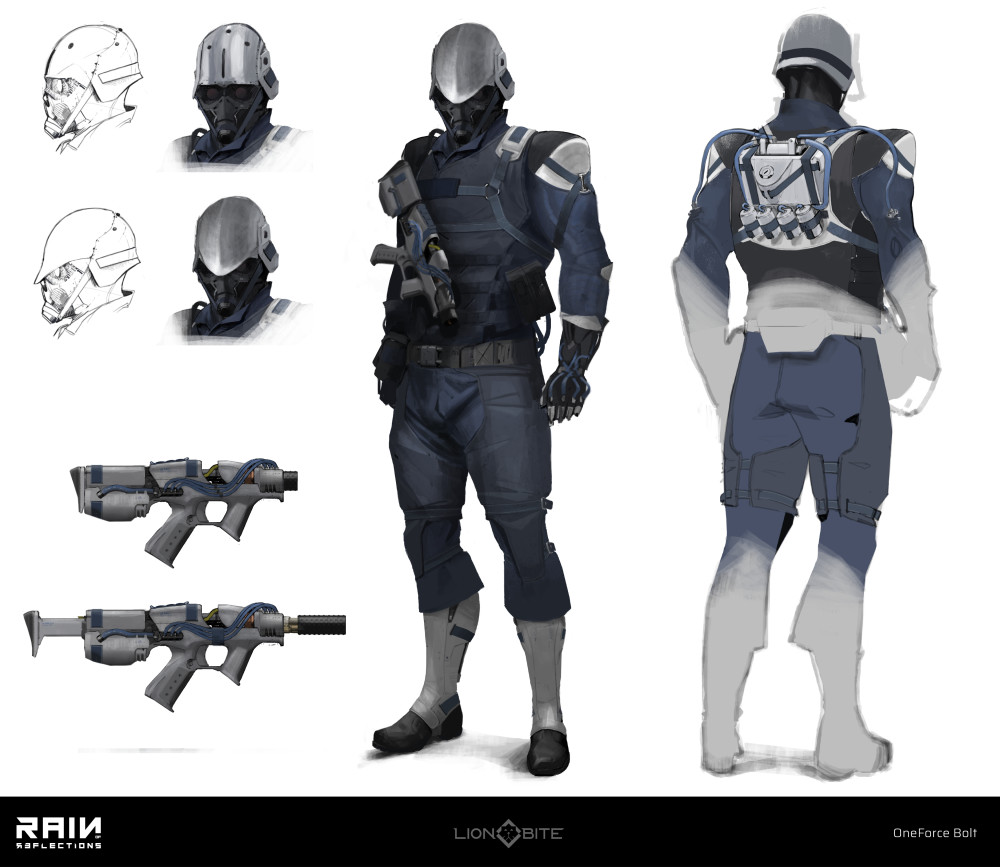 The OneForce uphold the law in OneCity, keeping its citizens in check inside the city walls and considering anything less than their level of control to just be chaos.

Utilising electricity and lightning as their main resource and power, even channelling it between each other and any related technology inside of their own carefully crafted ecosystem, they are able to pacify, or straight down fry, any threat.

Members of the OneForce are very loyal to each other, and consider themselves to be pure and righteous, but many would argue that they outright oppress the people, discriminating between upper-class Suprans and lower-class Trenchers. 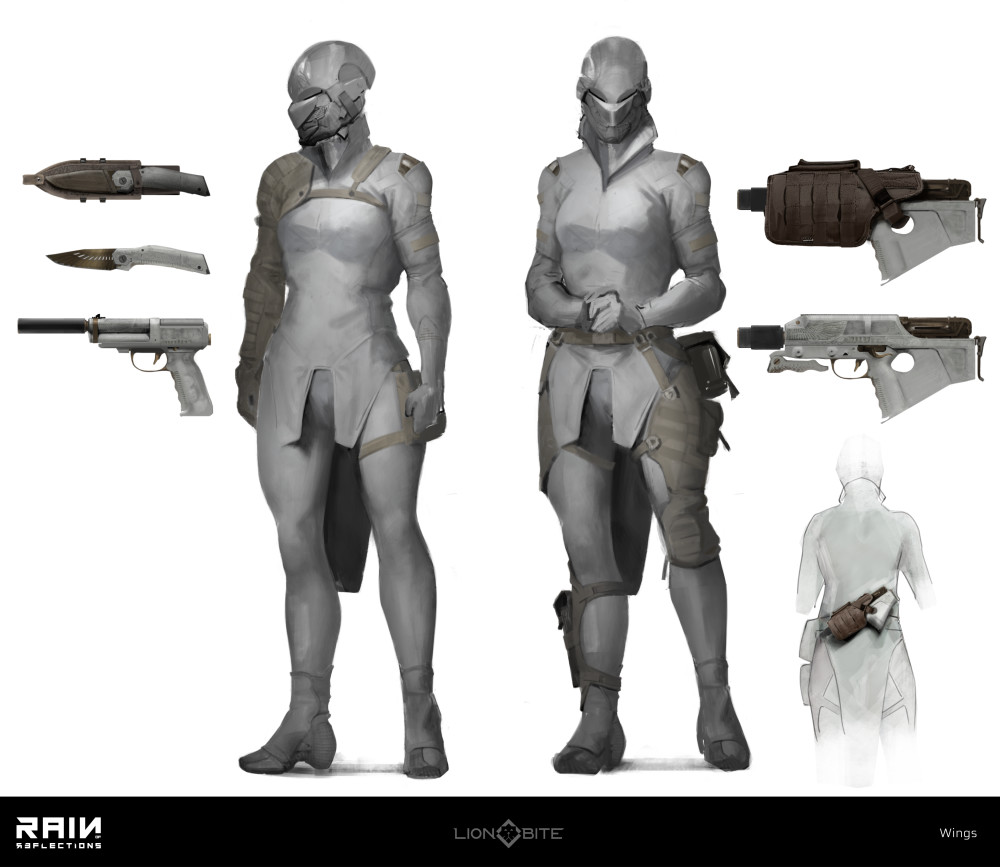 Part of the Phexus guardian force, Wings are agile special operatives trained to contain any threat as smoothly and discreetly as possible.

Sent to OneCity on a mission to secure and extract Wilona, they are also under strict orders to look after, protect and assist The Arbiter; both of which will prove to be easier said than done...

Lionbite Games has today released a new walkthrough trailer for Rain of Reflections: Chapter 1! Join game director Victor Leijonhufvud as he walks you through the game’s first chapter, “Set Free”.
Rain of Reflections is an episodic adventure game set in a dystopian future, where the human race is stricken by infertility. In “Set Free”, you play as Wilona, a scientist trying to cure the epidemic

Creating top notch campaigns since 1992. Let us tell your story.

Since September 1992, when the company took on its first clients, we've made it our mission to provide the very best level of service, creativity and support for our clients. We only work in sectors where we believe we can make a difference and we only work with clients who we believe are making a difference.

The passion for what we do means we deliver a level of service that goes beyond the norm. We aim to be an integral part of all our clients team, but confident to be self sufficient and independently industrious when required.