A new concept for an aluminium battery has twice the energy density as previous versions, is made of abundant materials, and could lead to reduced production costs and environmental impact. The idea has potential for large scale applications, including storage of solar and wind energy. Researchers from Chalmers University of Technology, Sweden, and the National Institute of Chemistry, Slovenia, are behind the idea.

Using aluminiumbattery technology could offer several advantages, including a high theoretical energy density, and the fact that there already exists an established industry for its manufacturing and recycling. Compared with today’s lithium-ion batteries, the researchers’ new concept could result in markedly lower production costs.

“The material costs and environmental impacts that we envisage from our new concept are much lower than what we see today, making them feasible for large scale usage, such as solar cell parks, or storage of wind energy, for example,” says Patrik Johansson, Professor at the Department of Physics at Chalmers.

“Additionally, our new battery concept has twice the energy density compared with the aluminium batteries that are ‘state of the art’ today.”

Previous designs for aluminium batteries have used the aluminium as the anode (the negative electrode) – and graphite as the cathode (the positive electrode). But graphite provides too low an energy content to create battery cells with enough performance to be useful.

But in the new concept, presented by Patrik Johansson and Chalmers, together with a research group in Ljubljana led by Robert Dominko, the graphite has been replaced by an organic, nanostructured cathode, made of the carbon-based molecule anthraquinone.

The anthraquinone cathode has been extensively developed by Jan Bitenc, previously a guest researcher at Chalmers from the group at the National Institute of Chemistry in Slovenia.

The advantage of this organic molecule in the cathode material is that it enables storage of positive charge-carriers from the electrolyte, the solution in which ions move between the electrodes, which make possible higher energy density in the battery.

“Because the new cathode material makes it possible to use a more appropriate charge-carrier, the batteries can make better usage of aluminium’s potential. Now, we are continuing the work by looking for an even better electrolyte. The current version contains chlorine – we want to get rid of that,” says Chalmers researcher Niklas Lindahl, who studies the internal mechanisms which govern energy storage.

“Of course, we hope that they can. But above all, they can be complementary, ensuring that lithium-ion batteries are only used where strictly necessary. So far, aluminium batteries are only half as energy dense as lithium-ion batteries, but our long-term goal is to achieve the same energy density. There remains work to do with the electrolyte, and with developing better charging mechanisms, but aluminium is in principle a significantly better charge carrier than lithium, since it is multivalent – which means every ion 'compensates' for several electrons. Furthermore, the batteries have the potential to be significantly less environmentally harmful,” says Patrik Johansson.

More on the research behind the new results:

In November 2015, Patrik Johansson’s idea for a new battery concept won close to a million kronor in an innovation competition organised by the chemical concern BASF. His team presented an aluminium-based battery technology. The concept offered higher energy density and significantly lower raw materials costs than previous versions. Now, four years on, after close collaboration with the National Institute of Chemistry in Slovenia, the idea has reached the physical concept stage.

Jan Bitenc, one of the researchers in Slovenia, was awarded a stipend in 2017 from the Rune Bernhardsson Graphene Fund, and thereby got the opportunity to become a guest researcher at Chalmers. This allowed the two research groups to begin tackling the challenge together, with Gothenburg as their base. Chalmers worked on the aluminium anode and the electrolyte, while Jan Bitenc developed the organic cathode concept, which had already demonstrated its potential in magnesium batteries. The project became the start of a multi-year collaboration, where the cathode material was developed and optimised to become more resilient, and the mechanism behind the energy storage could be analysed.

The results have been published in the journal Energy Storage Materials, in the article, “Concept and electrochemical mechanism of an Al metal anode ‒ organic cathode battery”. It was written by Jan Bitenc, Niklas Lindahl, Alen Vižintin, Muhammad E Abdelhamid, Robert Dominko and Patrik Johansson.

The research has been financed by the Swedish Research Council, the Swedish Energy Agency, and Chalmers’ own Areas of Advance for Material Sciences and Energy.

Towards next generation batteries

Anyone who follows the debates around electric vehicles knows that the most energy-dense batteries currently available contain lithium. But lithium is expensive, and is expected to become even more so, with growing demand leading to scarcity. Furthermore, lithium-ion batteries often contain the metal cobalt, which is mined under dangerous working conditions, and can fuel conflicts in the countries where it is extracted.

A new centre for Swedish batteries

Carbon fibres can store energy in the body of a vehicle 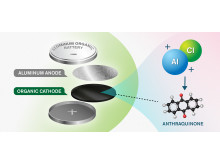 An illustration of the ne...

The new concept consists of an anode and cathode made of aluminium and an anthraquinone-based organic material, respectively. The organic... 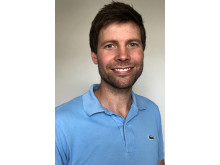 “Because the new cathode material makes it possible to use a more appropriate charge-carrier, the batteries can make better usage of alum... 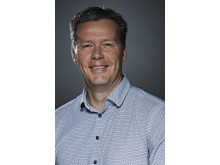 “The material costs and environmental impacts that we envisage from our new concept are much lower than what we see today, making them fe...